I am going to take a slight break in blogging about Pastor Jeff Arnold’s sage advice that he passed on a few days ago. You can read the first post and the second post if you desire. His “five-year pass” principle is a very valid time test that all who are involved in ministry have to take.

I have good intentions of trying to bring a little more encouragement to this blog by placing different quotes that will hurt and help at the same time. 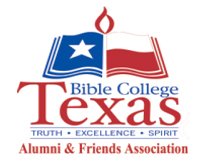 When I was in (located in Houston at the time), I signed up for the two hour study hall on Wednesdays. The reason that I did this was to help me catch up with homework, reading assignments, and other odds and ends that presented itself during the week.

By the time everything was said and done, there was a whole, whole lot more said than done. However, it was during these “Wednesday Wisdom” sessions that I forged some very close friendships. It was there that Paul Jacks, Bryan Aaron, Robert Esquibel, and I would convene with great world-changing plans. Occasionally, we would have guests to appear to have some input, argument, disagreement, or agreement. Those occasional drop-in guests to our “round-table” would be the brilliant Greg Butter, the humorous Clyde Wyatt, the genial Lauren Brooks, and the total package, Rob McKee. As you can imagine, we managed to get into some pretty intense conversations although much of the content of those times has escaped me.

As you are obviously aware, our plans have not changed the world, but our friendships have somewhat endured. I have pretty much lost touch with . I periodically talk to Greg on the phone. I occasionally see Robert at BOTT. The last time that I saw Rob McKee, he stole my watch and was probably going to pick my pocket for my billfold. As for Paul, he and I have remained pretty tightly knit over the years. Although I don’t see him as frequently as I would like, I talk to him on a regular basis. I have preached in his church and he has preached here in on a number of occasions.

Thus the “Wednesday Wisdom” ticket! I do remember that there were a few times that at this “round-table” talk that we had almost pin-pointed the identity of the Anti-christ. But alas, something would happen to take our front-runner out. But the “wisdom” that poured off of this table and on to the floor was amazing. 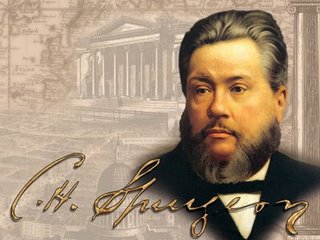 Today’s quote comes from Charles Spurgeon, who was dubbed “The Prince of Preachers.” Most preachers at some point have treasured from his writings. The following quote for this post is from the sermon, “How Saints May Help the Devil.” It is Sermon #264 and it comes from Volume 5 of the New Park Street Pulpit.

Spurgeon is addressing the cold state of worship and he makes a comparison to where he had been preaching the week before:

When I was preaching in Wales this week, I could not but observe the power which attended the ministry, when there was a living congregation and an earnest company gathered together to hear the Word of God. We have become accustomed to sit in a kind of solemn silence to hear the gospel. Not so in . There is to be heard the voice of acclamation; every person expresses the feelings of his soul in audible prayers and cries to God; and at last, when the Spirit has descended, you hear the loud cries of Gogoniant,” — “Glory to God.” As each precious sentence drops from the lips of the preacher, it seems to be taken up and fed upon by the people, while they shout aloud for joy.

Then Spurgeon picks up and begins to speak on the effect that lukewarm saints and churches have on sinners:

And now what says the world to all our coldness? Why, it says — “Ah, this is the kind of religion we like,” says the worldling; “we don’t like those raving Methodists; we can’t stand them; we don’t like those earnest indefatigable Christians of the cars of Whitfield; oh! no, they were a raving set of folks; we don’t like them; but we like these quiet folks.” “Yes,” says the worldling, “I think it is quite right that every man should go to his church and his chapel on a Sunday; but I never could go and hear such raving as Mr. So-and~so gives.” Of course you could not; you are an enemy to God, and that is why you like a Laodicean church. That very church which the world likes best is sure to be that which God abhors. The world says, “We like everything to go on smoothly; we like a man to go to his own parish church, and hear a good, solid, substantial sermon read; we like to go up to the meeting house, and hear a sober, eloquent divine; we don’t like any of this furious preaching, any of these earnest exhortations.”

No, of course you like that of which God has said, “Thou art neither cold nor hot;” God hates such, and that is why sinners love it. But what effect does all this have upon the worldling? Why, just this. He says, “I like you, because you don’t rebuke me; I like that kind of religion, because it is no accusation against me. When I see a Christian hot and in earnest about being saved,” he says, “it rebukes my own indifference; but when I see a professed Christian just as indifferent about the salvation of men as I am, why, then I say, it is all a farce, nonsense! they don’t mean it, the minister does not care a bit about whether souls are saved or not, and as for the church, they make a great, deaf of noise every now and then at Exeter Hall, about saving some poor blacks far away, but they don’t care about saving us.”