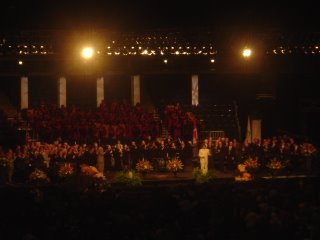 Today started extremely early at 6:15 AM (CST) because the primary business session started at 8:00 AM (CST). One major difficulty about the early rising is the late howling. I have stayed with Brent Rashall the last two nights at the Baymont Inn and we have talked a lot later than what we should have. However, I have come away from our “talks” with some good positive things. One of the things that has been stressed is that if we are going to have a Book of Acts church, not only will there be the power of God present but we will also have to contend with a real-live devil who will attempt to work through carnal people. Just as there will be men like Paul and Silas in the church, we also will have to confront those like Simon the Sorcerer and Elymas. The powerful thing is that in the end, the power of God won out and the Church prevailed.

I cannot say that I have a total understanding but I have scratched a surface understanding of the power of God operating in an . The focus and intent of our prayers are being answered and God will bring His Church out very victorious. 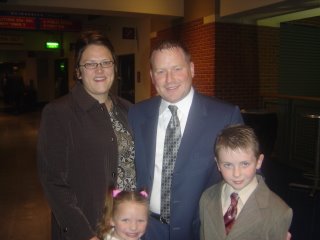 The business progressed along and the main concern with the touted Resolution # 6 ended up being placed before a committee. It will be duly dealt with in at next year’s GC. I fully support this idea although I was prepared to vote against it had it come to light today. When I look at some of the voices of the elders in my own life, I cannot “unlearn” the wisdom of their advice that I have gained over the years. I very clearly can believe that men like N. A. Urshan, James Kilgore, Charles Grisham, and Joe Patterson are godly men who have been led by the Spirit.

Anyway, enough of the business ends of the GC. The General Youth Division had an outstanding service today. For all of the gang, we placed 16th in the nation. We were about $3000 off to break into the Top Ten. The top SFC givers were the Pentecostals of Alexandria. No surprise there!!! Bro. Gaddy explained that POA had led SFC giving for the last 8 years. My hat is always off to Pastor Anthony Mangun and the POA. 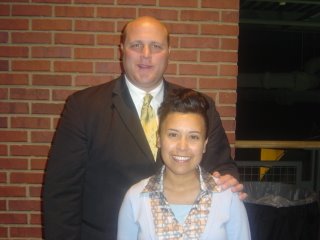 The speaker for the GYD service was Carl McLaughlin who pastors in . Bro. McLaughlin preached a message entitled “Bound by Bandages.” He worked through the resurrection of Lazarus and preached a very good message. Woven into the message was his own personal testimony of how that he had received the Holy Ghost and been baptized in Jesus name. Very powerful youth message!

The evening service was presented by the Home Missions Division. They started out with a bang with a choir from (sorry I cannot remember what church). There was a great powerful presence of the Lord in the service.

Next there was a patriotic themed presentation and then Pastor Wayne Huntley basically “preached” the offering. I am unsure of the final totals of the offering. Then we were presented a very good message from Pastor Jerry Dillion from . He preached the house down until he got to the end and then he had to get mixed up with a bunch of palaver about (not ). I am saying this in jest! However, I do believe that I am going to settle down and find a message about the magnificent things that did happen in . Frankly from my very biased point of view, is one of the greatest places on the earth.

You will notice the pictures scattered about the blog. I saw Sean and Monique Libby along with 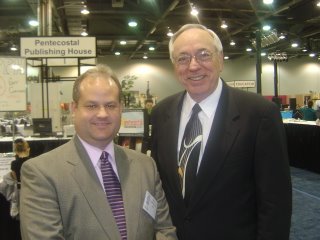 their children. I again ran into Stephen and Laurie Williams. I then spent quite a bit of time with my brother Mark, milling around in the book section (I know that is a surprise to the crowd). I then ran into Rev. J. R. Ensey who was the president of TBC when I was there in 1989-92. We had a very good time of fellowship and I was again reminded of how valuable that my Bible college years have been to me.

I told Bro. Ensey that my Bible college days have motivated two overwhelming passions in my life. The first is to preach. I know that sometimes I take it a bit too serious but I love preaching, not only when I am preaching but when I hear other men skillfully take the Word of God and send it deep into my own soul. Secondly, I was given a passion to study the Word of God. The more I study and write the more that I discover how little that I really know about the Word. Bro. Ensey, A. B. Keating, Kelsey Griffin, David Hunt, and Ken Gurley were my mainstays of teaching me in my Bible college days. I am profoundly grateful for their contribution to my life. 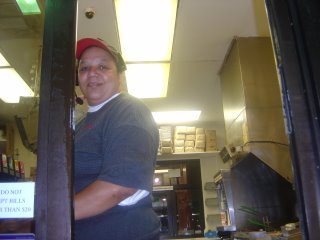 Lastly on the way back to the room, I stopped by a Rally’s (similar to Checkers) and I juiced up all the folks there. I asked them if they were fans. This brought three of them to the window and they all told me how fantastic that was in college football. Then I asked them if they knew who was number two. They all were unable to tell me. So I informed them that in was. I then told them I would make a deal with them. They had to remember my name and who I was because at the end of 2006, and were both going to be undefeated and that they would play for the national championship and that would knock the stuffings out of them. is due for a national championship! This wound them up and they all got a little rowdy with that. It was all in good fun and they took it well. Honestly enough, I am not certain if is ready for OSU.