Showing posts from May, 2010
Show all

Off the Chart Preachers 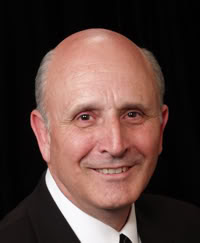 Brother Martyn Ballestero, over at his Home Missions Chronicles blog, has given me a bit of inspiration to tag into for today’s blog. He wrote about preachers that used to teach off the charts. You owe it to yourself to go to his blog and read about it . I won’t rehash what he wrote but I have taken the liberties to get his pictures and post them on my blog. I, too, remember the off the ‘charts preachers.’ My own pastor, Brother Patterson, used various charts back in the ‘70’s when I was a kid. Although his charts weren’t the hand painted ones, he would routinely use the old Search for Truth charts and various others during the mid-week Bible studies. We really thought we were moving up when he started using the overhead projector with various transparencies as he taught his mid-week Bible studies. Those were the times that life seemed so much simpler and our lives had so much order and structure to them. Our days, despite all of the modern conveniences, seem to be filled w
Post a Comment
Read more
More posts
Visit profile