Showing posts from March, 2007
Show all

I have one more cool wife! On Friday night, March 23, 2007 my wife is giving me a late Christmas gift. I am going to Atlanta to my first ever Michael Card concert. I have wanted to see Michael Card for several years now but he is always way too far north or west for me to be able to attend. Last November I went to his website and started looking through the locations of his concerts and found out that he will be in Loganville , Georgia this Friday. I told Teresa about it and she checked her calendar (she is incredibly organized) and discovered that our kids were out on Spring Break during this time. So with that we started making plans to attend. I will never forget the first time (1997 or so) that I heard Michael Card . I was in the CT department at Flowers Hospital and it was in its usual mode of extremely busy. I leaned up against a counter as we were waiting for a patient’s scan to be completed. Directly behind me in a cabinet was a “boom” box and a
Post a Comment
Read more

The Battle With The Beast of Self-Pity and Blame 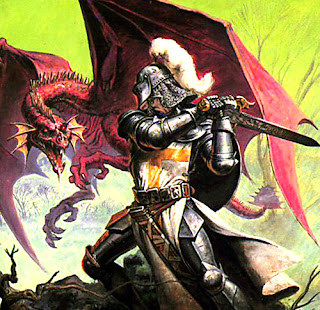 I wish that I could say that when this creature appears in your life that it is indeed a wicked monster. I wish that I could say that it is a two-headed beast that issues sulfurous vapors from its nostrils. I wish that I could tell you that you could catch of a whiff of a disgusting odor that emanates from it, something you smell long before you ever see. I wish that I could tell you that it was a fire-breathing dragon whose scales rattled down a long serpentine body. I wish that if you even knew it was near that such a fear would seize you that the hair on your neck and arms would stand up and that a panic would clutch at your throat nearly immobilizing you. . . . . But sadly enough when this “beast” enters the life of a man, rarely does a sense of vigilance or concern awaken. The premonition that something sinister is about to happen is absent. When this two-headed beast enters your life, he is so well-dressed and debonair, that immediately you will listen
4 comments
Read more

I really wish that I could preach! I know that it is perhaps a very selfish desire but I would love to be able to preach the Word! This is not a new desire that I have, in fact I can remember leaving the chapel services at Texas Bible College (’89-’92) with the whole-hearted desire to be able to not only preach the Word but to master the word. I had mentors at that school who were preachers. During my tenure there, J. R. Ensey was the President. A. B. Keating was the dean of students and Kelsey Griffin and David Hunt routinely pounded on us in class and chapel about the importance of preaching the literal, God-breathed Word. These men were not my only motivators either. I had the opportunity to work with some of the greatest minds in medicine in Houston at the Texas Medical Center . Their passion for the progress of medicine was like pouring gas on the fire that raged inside of me to labor for the Kingdom. Brothers. . . We Must Preach The
7 comments
Read more
More posts
Visit profile