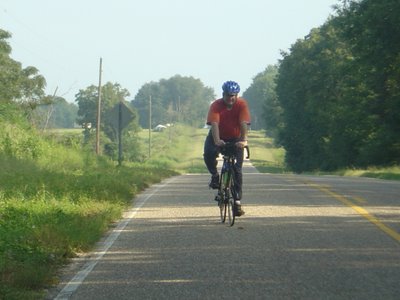 On yesterday, September 9, 2006, we finished our Tour de SFC. This year we rode a new route that was significantly more challenging but a lot safer. It was much more challenging in the amount of hills that we had to endure but much safer in that we did not have a lot of traffic to contend with.

We pulled out shortly after 6 AM under foggy conditions and a 70 degree temp. It didn’t take long for the “peloton” to get leveled out. In the front and there all day long was Mark Harrelson (Alabama District Youth President). He managed to ride the 62 ½ miles in 3h:39m. Pastor Kenny Rogers from , finished about 70 minutes behind him with the rest of us trickling in. 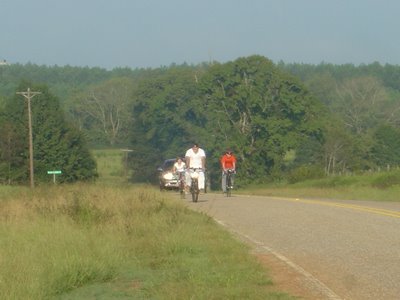 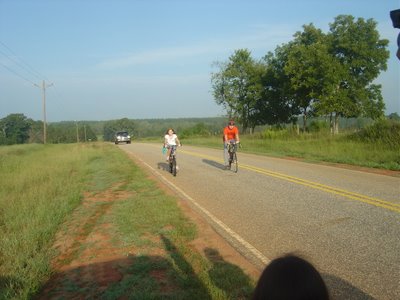 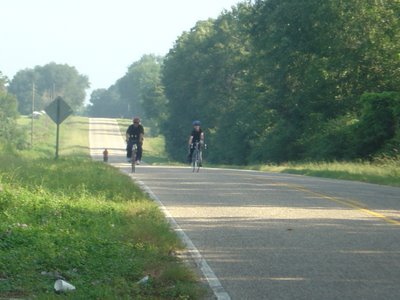 From all three churches represented the total SFC offering was $7200+.

We went through right at 12 ½ gallons of Gatorade, 8 Powerbars, 6-8 packs of JellyBellies, and 3 gallons of water. We rode past 20 dogs, 350+ cows, 47 goats, one snake (alive), and fourteen confirmed cases of road-kill. We rode beside the that is the border between and and could see and hear the roar from the power dam nearby. We had serious leg cramps on three devastating hills and rode about 15 miles on some flats that were well paved and we managed to crank out 20 mph on these flats to catch up on the lost time.

The sag wagon was managed by my wife, Teresa, along with Mark’s wife, Stephanie, and Kenny’s wife, Angela. My little girl, Lauren, was in supervision, or so she thought. There was a few times along the way that when we saw that van, we knew that some good things were in store at the break.

The only mishap was Jeff Jefferson who managed to get confused with the road markings and turned to ride the 100 mile route instead of the 100 kilometer route. He was finally caught riding by himself just before he crossed into . Other than that, no crashes or scrapes or bruises and we are thankful for that.

We will still take your money, if you would like to sponsor us although it is now post-Tour de SFC.

Thanks for all of those who helped make this a success. 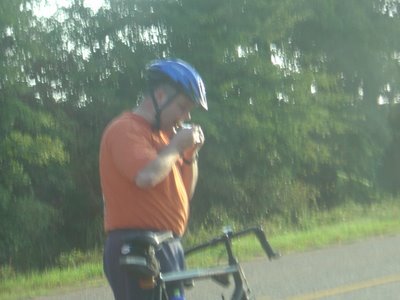 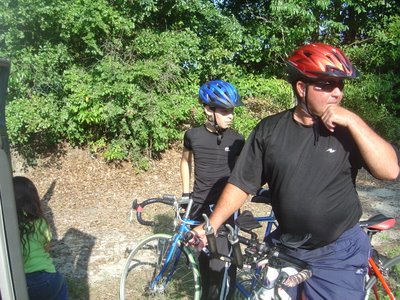 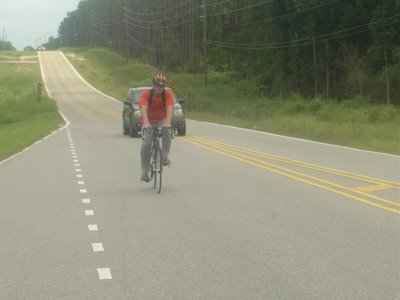 Time for a Peanut Butter Powerbar. 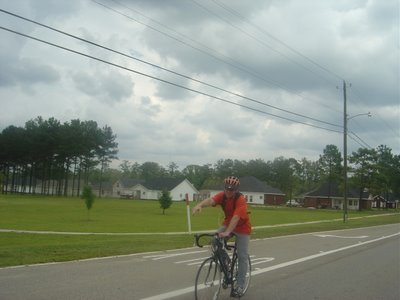 Wayne Worley and Nathan Harrelson at a sag stop. 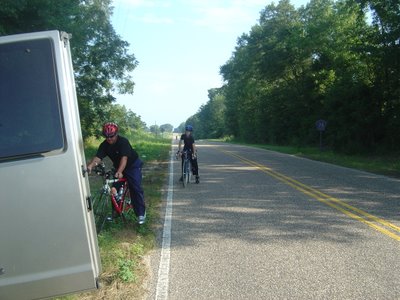 Shayne Ulry 1/2 mile from the finish.


Wayne Worley and Nathan Harrelson about to "sag."