Showing posts from December, 2009
Show all

The Neurosurgeon, Richard Dawkins, and Me -- Part 3 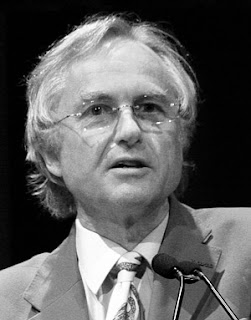 This is the third installment in this little series about my neurosurgeon friend recommending to me a book by Richard Dawkins ( Part 1 , Part 2 ). I am going to get ahead of myself just a bit with this particular post. There are other specific things that I will address most likely sometime next week concerning those who are trending toward atheism. One of the chief reasons that I cannot buy into the concept of atheism is because of what I have been associated with for my entire life. I have been an eyewitness to the transforming power of the grace of God and the Gospel. My father-in-law started the church that I now pastor 43 years ago and over that course of time I have only been absent from it for 3 years when I was a kid because of a job transfer that my dad took in Niceville, Florida. Another three year absence occurred from 1989-1992 when I went to Texas Bible College in Houston, Texas. Other than these two times, I have been actively involved in our church. So when R
3 comments
Read more

The Neurosurgeon, Richard Dawkins, and Me -- Part 2 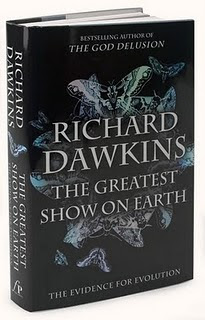 Picking up from yesterday’s post about Richard Dawkins’ book The Greatest Show on the Earth , I have had several e-mails asking me if I would recommend someone to read this book. I have two answers to that. First, I would suggest that anyone who is not very well founded in Scripture or if they are questioning the authority of Scripture not to read it. What Dawkins is doing is preying on those who are on the fringe of the Church. Having done a bit of investigation on Dawkins, it is very important for us to note that he has a very strong influence among a younger set, generally college-aged crowd. YouTube has some various lectures that he has given and one that I watched was at Oklahoma University. Another lecture that I watched as given in Washington, D.C. to a large and somewhat rowdy group of old fat guys (like me) who fancied themselves as intellectuals. Paul (1 Timothy 4:1) mentions a seducing spirit and it is my thoughts that this is what this book is based on. Dawkins
3 comments
Read more

The Neurosurgeon, Richard Dawkins, and Me

A little over a month ago, my dad ended up needing a five vessel bypass via open heart surgery. Throughout the process, I spent a lot of time at the hospital that I have worked in off and on since 1985. I occasionally still work in the Radiology department and in some of the intensive care units but have not been full-time since January 2006. I discovered once again some of the advantages of being an insider when a family member is in need of health care although that may change after Obama has committed his “bailout.” My dad is now doing well and overall did remarkable throughout the affair. On one of the days that I was spending with him, I left the hospital for a bit and returned after lunch. As I was getting into the elevator, I ran into a physician that I have known since the summer of ’92 or so. He is a kind-hearted soul and has always been very genial and I have never personally observed him demonstrate the messiah complex that most neurosurgeons seem to get equipped wi
3 comments
Read more
More posts
Visit profile