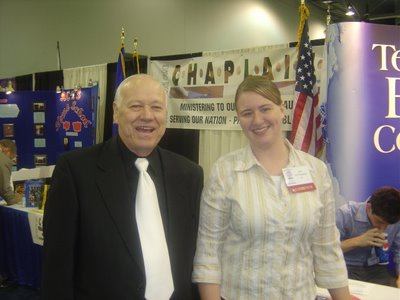 I have made it safely to . I drove 825 miles in 12 ½ hours on yesterday. If my wife is reading this she will be happy to know that I did not run over anyone or get run over by someone else and no tickets!

I will try to keep the crowd updated as to whaive-streamingt is going on up here. You can keep up with General Conference on a live webcast.

I did meet with Brent Rashall who has been a good friend of mine over the years here in . We ate at Carrabba’s Italian Grill way too late last night but had a good time of catching up. 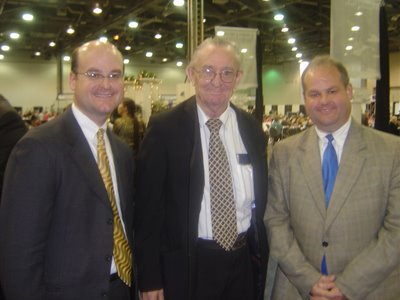 Today we got up and made it to the business session. However, before I ever got into the business session, I ran into Bro. Kelsey Griffin. I spent about 25 minutes or so with him talking to him about his world travels. He has now been to all fifty states and forty-seven countries in the world and will be leaving very shortly after this conference to . Not only did Bro. Griffin tell me about his travels, he also loaded my computer up with a lot of notes that he has continued to work with over the last few years. I told someone that I could now leave and feel like I had been blessed already. These notes run in E-Sword which is a free downloadable Bible program.

I then ran into Stephen Williams who is here representing as their district Youth President. Shortly after that I ran into Mark Harrelson, who is my smarter and better looking younger brother, who is representing as their district Youth President. I also have managed to see Greg Wilbanks (, ) who introduced me to the renowned Nate Wilson (). I have also seen our Alabama District Superintendent Roger Lewis (, ) and our District Secretary Earl Bodiford ().

I then spent a fairly lengthy time with Mike Patterson solving the world’s problems and other minor difficulties. If we could run this world, would be a much better place. I have also seen Kay and Daniel who are roaming around the Exhibit Hall. I managed to get some pictures with Kay and Bro. Patterson.

I also have seen Rodney Leaman () and his father, John Leaman (previously of the Foreign Missions Division).

Tonight, our General Superintendent Kenneth Haney will be delivering his annual address to the .

Anonymous said…
Hey Dude,
This Blog rocks like no other. Keep up the good work. (see what a positive comment will get you?). Seriously, though, a number of the guys from the General Youth Committee gave high marks to the blog.
Who was preaching during service tonight? Was that Bro. Libby or was that a different author? Just asking? HAHA
Mark Harrelson
11:40 PM

Phinehas said…
You have been doing alot stuff latly since you have been gone , I am Glad to see that your happy. See you when you come back.