Yesterday, I started listing the top ten books that I read in 2012.  Much of the reading that I did this year was motivated by a reading contest that I got into with my boys.  The book that comes in at Number 9 was a book that I just happened to run across in a Books-A-Million in Texarkana, Texas in August.  As with many books that I have read over the years that have been very good ones were those that I wasn’t necessarily looking for.  This book fell into that category.  It actually happened to be a book that was on one of the mark-down tables when you walk in the door.  I judged the book by its title and cover and decided to read it.

The book primarily is about Bill Belicheck the coach of the New England Patriots.  The book is mostly about the path the Belicheck took as a coach before ending up in New England.  I have noticed over the years that when you read books about sports figures that they have an amazing amount of discipline involved.  They are almost fanatical about the preparation process before each weekly game.  They literally give themselves to their jobs in an effort to achieve success.  As I read this book, I was challenged by the fact that my own sense of discipline as a pastor pales in comparison to what these coaches have.  Even though this was a sports book, I found myself troubled and convicted by the thought that these men who coach these teams are much more disciplined, prepared, and immersed in their pursuit of a corruptible crown than I am for an incorruptible crown.  I do believe that this book stimulated some changes in my own personal disciplines to seek excellence in what I am doing in the local church.


I won’t spend a lot of time with this review, I did find it remarkable of what Holley described as the atmosphere that Belicheck came into after he was hired as the coach.  There was a general malaise and lackadaisical air that permeated the locker-room and offices at the Patriot organization.   Belicheck sought to turn this bunch into a group of champions and to do so meant that there would have to be some rules established immediately.  When he began to establish the rules, some of the veterans met them with disdain and outright rebellion.  Belicheck made it clear that they would either adapt or he would get rid of them.  That is exactly what he did!  Those who refused to conform were cut from the team and when the other resistant players saw he meant business, they began to conform. 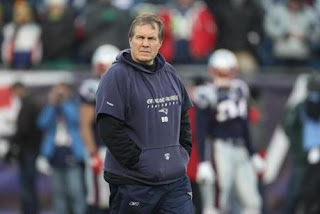 His parameters were what he called “The Patriot Way.”  The rules that he instituted:

1.       Be on time for everything.  He had a no-tolerance rule and if people came in late for team meetings or group meetings, they were dismissed for the entire day.
2.      He was blunt and unsentimental with his decisions.  This was difficult when it came to veterans or to players who had been injured and could not get back to their previous level of performance.
3.      The only people who support you unconditionally is your family.  He worked hard to get the Patriots to realize they were more than just a team but they were a family.
4.      Every fiber of the coaching staff, training staff, and the players developed a desire for winning.  Furthermore whatever was best for the organization for it to win was the path they would follow.
5.      Even with success you will have to work incessantly on perfection and improvement.  What can we do to get better?  Never allow yourself or your teammate to get to the place where you feel like you have arrived because that attitude is detrimental to the goal.
6.      Every member of the staff and players must pay attention.  Show up and see what is happening at every event whether it is practice, meetings, film review, preparation in conditioning, or at games.  Keep your head in the game!
7.      Every organization has to find its voice or settle down to its own brand.  Once that takes place everything else will fall into place.  Players who need recognition or are there for their own self-aggrandizement will not make it in the Patriots organization.
8.      Only when you begin to have some success in what you are doing will the atmosphere change.  This success will lend itself to an accountability that holds things in sync.  Anyone who attempts to capsize this accountability will be cut from the team.
9.      A sense of urgency is also important to constantly and consistently have.  It has to be a now or never mentality that pervades through the mind of every coach and player.
10.   Always tell the truth whether people want to hear it or not.  Be known as someone who is will to speak the truth even if it makes things uncomfortable. 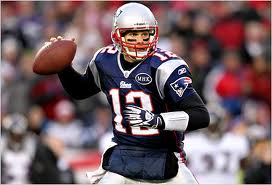 Also I found the intensity and preparation that Belicheck and his coaches went through for the annual NFL draft to be very interesting.  They left no stone unturned in the player that they were seeking to draft.  Also if it was uncovered that this player might have a tendency to be undisciplined or troubled, they would pass on to their next prospect.  All of that fit into the culture of high-expectation inside the Patriot organization.

Another compelling portion of the story is how they drafted Tom Brady and his window of opportunity to play because of the injury to Drew Bledsoe.  You will find the relationship between Belicheck and Brady very interesting as portrayed by Holley in this book.  Brady is probably the face of the Patriot Way by the discipline he demonstrates getting ready for the games that he plays.

Although a sports book, I think that anyone who is interested in the personal discipline of success will find this book worth their time.