Top Ten Books of 2012. . . # 7 Joel C. Rosenberg, Implosion: Can America Recover From Its Economic and Spiritual Challenges in Time? 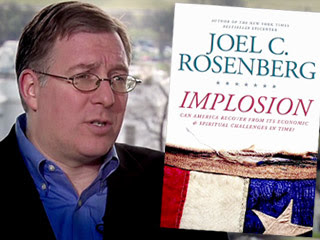 As I have been trolling through and reviewing the books that I read in 2012, it has been a bit self-revelatory concerning the books that I am now gravitating to saying were the best of 2012.  I can remember hearing various leadership gurus quote the Charlie “Tremendous” Jones thought that we will be same person we are in five years except for the books we read and the people we meet.  All of these books that I am listing in this blog series have caused me to think deeply.  In fact, most of the books that I am placing on the Top Ten are very sobering in their content.  This book by Joel Rosenberg is no different.

This was another of those books that sort of jumped out at me sometime in the late spring/early summer while the mix of Republican presidential candidates were all trying to find their place in line.  This book so troubled me that I reverted back to some old themes of preaching of years gone by.  I started preaching about the rapture of the church, the coming judgment, the necessity of absolute conversion, and I began to delve into the biblical elements of prophecy.  I have to confess that I have never been much of a prophecy sort of preacher but this book by Rosenberg tilted me toward those ideas.  Furthermore when the Palestinians began to rain rockets down on Israel in November along with the apparent preparation that North Korea and Iran are taking toward nuclear weapon armament, it further stimulated my belief that we are facing some of the most difficult times our nation has ever faced.

Rosenberg doesn’t hold back any punches and when he assesses what he sees under the big tent of Christianity in America.  It appears that Hosea provided an excellent word picture of Israel in his time but translates well to our days when we can see the American church as a backsliding heifer (4:16).

In chapter 9, Rosenberg paints a very grim picture of the American financial scene.  Consider this statistic that Rosenberg uses (p. 140):  If we were to pay one dollar every second of every hour of every day of every month to pay down our national debt, it would take us almost 32,000 years just to pay off $1 trillion; to pay off $14 trillion would take more than 443,000 years.  Rosenberg does not stop with that single stat but goes on to paint a very grim prognosis for our financial status.  Please note that there is a man who has an answer to every one of the financial dilemmas the entire world market is facing.  If you even vaguely give attention to the financial situation brewing in Europe, especially affecting Greece, the reality is that not only is America in trouble but the whole world needs someone to help figure it out.  There is a man who has the answer and Paul noted he would be along at the time that God had ordained—the man of sin, otherwise known as the Anti-christ.

I am sure that those who are somewhat older remember the heyday of the 1970-80’s when prophecy teachers and preachers controlled the day.  Because of their poor calculations and foolish predictions, many of us stopped preaching about the last days and the coming of the Lord because Hal Lindsey and his ilk had embarrassed us.  Edgar Whisenant brought us eighty-eight reasons the Lord was coming in 1988 and that caused a lot of pastors to become disillusioned.  “They stopped studying Bible prophecy.  They began doubting the validity of Bible prophecy.  Some began to doubt the inerrancy of Scripture. . . I know pastors and Bible teachers who have told me they backed away from teaching Bible prophecy around this time because they felt so many people had been burned by inaccurate, misguided, and overreaching teachers and authors.  Some didn’t want to be lumped in with teachers of ‘prophecy hype’ and sensationalism or identified with what some were already describing as ‘doomsday chic’”  (pp. 109-110). 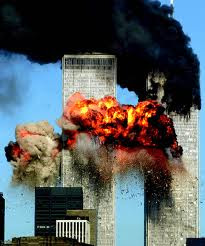 Perhaps the most disturbing pages in the whole book come from chapter 13, The Last Best Hope.  Rosenberg points out what the state of American church culture looks like and it is not a pretty picture.  He noted the 9/11 was a wake-up call for America but when we ask ourselves the following questions; the fact of the matter is that we did not wake up:

He quotes William Bennett and other polls that took place in the U.S. giving some very ominous signs (p. 214-17).  Since 1960 there have been dramatic changes in the social and moral fiber of our country:

From these stats, Rosenberg then progresses to the state of the American church (again this is all who claim any form of Christianity) and your soul will wilt when you read this.  What is so terrifying to me is that my children (ages 17-23) are growing up in a culture that is so morally debauched that even mild Christianity looks extreme to our society.  Those who are doing their best to preach holiness, separation, clear and healthy doctrine are looked upon as radical, fundamentalist, and out-of-touch.  In the Revelation, John visited seven churches and of those seven, five of them were in terrible shape because of a toleration of sin, false doctrine, and persecution.  Wherever you are and whatever you are doing, if you have the truth of God’s Word, you better dig in and encourage everyone around you who is fighting the same fight to do the will of God!  It is too late to quit and succumb to the pressure and spirit of the age!

In chapters 14-15, Rosenberg does some good research about spiritual revivals that is beneficial for anyone hoping for a revival in America.

I believe that all who fill the role as a Bible teacher or preacher ought to read this book merely to help clear out some misconceptions and persistent perceptions about the last days.  It will encourage you to dig into the OT books of Daniel, Ezekiel, and so forth along with the NT books of Matthew (especially ch. 24) along with 2 Thessalonians and Revelation.  We don’t do the Scriptures nor the churches we are called to shepherd justice when we omit preaching these great but sobering themes of prophecy!

Thanks for reading these ramblings. . .