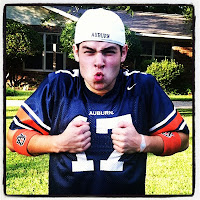 At the beginning of 2012, I was challenged by my two sons in a reading contest of sorts.  Nate (who likes to remind me to call him Swaggy Nate) and Justin decided they would read more books than I would in 2012.  In fact, Swaggy Nate decided that the all-out prize would be a big steak going to the winner with the losers having to ante up and foot the bill.  So now the year is finished and I have long stopped counting the books I read because it wasn’t even fair to continue keeping the score.  Some of the books I read were nothing more than books that fall into the “zone out” category and were nothing but mindless drivel.  However, other books fit into the category of helping me to climb a few rungs higher in my spiritual life.

Coming in at the Number 10 spot is a book that provided some inspiration to me in the area of preaching and the importance of loving the Bible. 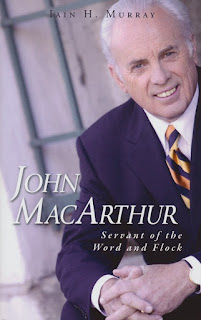 Obviously I am worlds apart from John MacArthur in some doctrinal areas but I found that the biography that Murray put together about him to be a very compelling book to read.  If you aren’t familiar with John MacArthur, he is the pastor of Grace Community Church in the Los Angeles area.  He has been at this same church since 1969 and Murray spent much of his time writing about the ups and downs of his work in that local church.

I was turned on to John MacArthur during my first year at Texas Bible College by one of my instructors, A. B. Keating.  In fact, MacArthur’s commentary on 1st Corinthians served as our textbook for the class by the same name.  Initially, I did not take much interest in his books whether they were commentaries or his books on various subjects.  But as time passed on, I began to find inspiration from John MacArthur’s verse-by-verse approach to preaching.  It was his book on expository preaching that really begin to influence my mind about the absolute necessity to preach the Scriptures because of their authority, inerrancy, sufficiency, and sanctifying effect on both preacher and hearer.

The chapter that stood out the most to me was Chapter 5, Scripture and Preaching.  That is where Murray defines the mindset that MacArthur had toward the great work of Scripture and preaching.  He noted that because he was preaching forty to forty-five Sunday AM and Sunday PM services a year, there was a necessity for him to have 80-90 new messages totally put together for the weekend services.  His messages range in length generally from 50 minutes to 65 minutes at the maximum.  While many preachers would argue that times have changed and that people no longer are interested in long sermons, I would have to point to MacArthur’s example.  If a message is rich, meaty, and loaded with the authority of Scripture, I believe anyone can build a church by preaching.

Very provoking was the disciplined process of working through the passage that he was to preach.  In the early years, each message would require an investment (not cost) of fifteen hours of work.  As his skill and familiarity with the text increased, he would spend eight to ten hours in preparation.  The pattern of his week would be to consign Tuesday through Friday for preparation of this task.  His father once told him, “Don’t go into the sacred desk (pulpit) unless you are fully prepared.”  MacArthur noted that a high view of Scripture will always lead the preacher to the right priority of biblical preaching.

Gardiner Spring wrote in The Power of the Pulpit:  ‘If a minister would give the pulpit its appropriate energy, he will make all his varied experience subservient to the duties of the sanctuary.’  MacArthur keyed off of this statement and said that he worked by a system he called “planned neglect.”  He planned to neglect everything until his study was completed.

In another place, Murray listed the books that had the most impact on MacArthur as a preacher:

Lastly, the chapter on Objections and Questions was very interesting also.  One pastor from Brazil complained that MacArthur was forceful in his views and lacked cordiality with those who disagreed with him.  Murray noted that when MacArthur is compared to many of the public preachers of our era that many are far less certain when they are preaching Scripture than what MacArthur is.  Yet MacArthur notes that this is not a day to be politically or religiously correct but rather to be plain spoken about the things that God has declared in His Word.  Another person noted that he was astonished at the boldness in preaching the Word lamenting that he was rarely convicted by the preaching that he heard in his own church on a weekly basis.

When doing book reviews on the Barnabas Blog, I have always have to issue the same disclaimer and say that I do not necessarily endorse all the thoughts and ideals that are presented in these books that I read.  However, I do think that there are some valuable things to be taken away from this book and it will encourage every preacher to want to preach with authority, discipline himself to study, and hold a high view of Scripture.  This book is worthy of your time.
Book Reviews Preaching