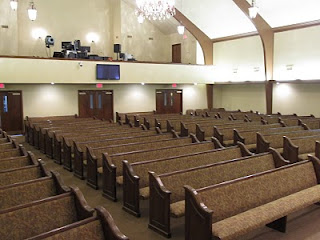 For the last couple of weeks, I wrote several blogs honoring Brother Harrell in Bridge City, Texas leading up to his and Sister Harrell’s 40th pastoral anniversary. Today, I want to go with one last blog post on that before I move on to other things. I called Paula Thompson who is responsible for what used to be the tape ministry at BCUPC but has evolved into the CD ministry there. I wanted to get some of her reflections on how much the preaching has affected her over the years.

She started attending BCUPC in 1980. She relocated from Indiana because of a sister who lived in Bridge City. Prior to her arrival in Bridge City she hadn’t attended church of any kind for over twenty years. Formerly a Jehovah’s Witness, she had walked away from all trappings of religion at a relatively young age. When her sister started attending BCUPC, she told the person who was making tapes to send some of Brother Harrell’s sermons to her in Indiana. She told me that she would get ten at a time and would listen to them all in one day. Although she had little respect for ministers and had never sat under a pastor, Brother Harrell’s preaching connected with her because as she said, “I was spiritually starving to death.” She couldn’t wait to get those tapes out of the mailbox. She would later realize how important that tape ministries are to churches.

So when she relocated to Bridge City, she started going to church there with her sister in 1980. It wasn’t too long before she received the Holy Ghost when an evangelist named Richard Nyhart came through and preached a revival.

In 1983 after some difficult health issues arose she was unable to work any longer. She approached Brother Harrell and asked him if there was something around the church she could volunteer to do. It just so happened that the lady who was taking care of the tape library moved away and someone needed to undertake the tape ministry at BCUPC. When some families relocated away from Bridge City to various parts around the country, they requested for her to mail them tapes. This is how the mail-outs started. It then grew until they were going out everywhere. 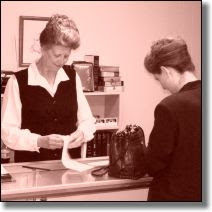 She told me that when she started, only one tape at a time could be duplicated. Then they moved up to three and then up to six at a time. Before the tapes were replaced by CD’s she was mailing out 200-250 sermons per mailing to 15 states.

While she is responsible for taking care of CD recording and duplication, there are some other key people who assist in the process. Tom Snyder and Roy Vanhess run the sound board and the projection/video system at BCUPC. Tom has been in his slot since 1976 or 1978 and Roy has been involved for a long time also but Sister Paula (as they call her in BCUPC) did not know how long.

She told me that there has never been a sermon that Brother Harrell preached that she did not get something out of it. She knows the sermons well enough that if someone asks her what might be good for them at that particular time she can recall and recommend something to them. She periodically finds that ministers call the church and ask her if there is a particular message that might lift their spirit and she always is able to fill the bill.

She related to me recently about a lady who had just had a catastrophic and tragic event to take place in her life. She was fighting with a lot of despair over the situation and just happened to ask Sister Paula if there might be a sermon that Brother Harrell had preached that might help. She recommended “A Dark Place” to her and in a short period of time, she had called for twelve copies of the sermon to give out to others. Additionally she took several of them to work with her and passed them along to people who came to her office and would begin to tell of their own struggles in life.

One of the very popular sermons that ministers call for is “A Call and A Burden.” This sermon was one that Tim Delano recommended in a previous blog post. I have had others to mention this one to me also. She said that another sermon that she cannot keep copies of is “The Butterfly Effect” that Brother Harrell has preached within the last year.

When I asked her if there were any sermons that had stood out to her over the years, she gave me the following: 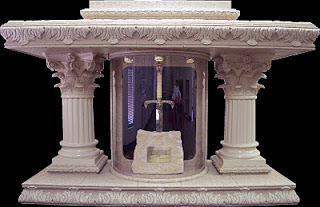 She told me that this past weekend that when ministers would speak about Brother Harrell’s influence in their lives, the majority of them spoke of how consistent that he had been over all of the years of his ministry.

In some of the previous posts in case you might want to get some of the sermons Brother Harrell has preached, I listed the church phone number (409-735-5844). However, I am going to list the e-mail address of Sister Paula so that you will not have to call during church hours to request sermon CD’s. It is paula.thompson@bcupc.com .

Lastly, I am listing all of the posts honoring Brother Harrell.

A Life of Preaching--Rev. John Harrell--The Top Five Sermons—5. Getting Used to the Dark