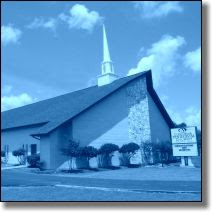 I appreciate all the e-mails and comments that have come my way during this time that I am honoring Brother Harrell from Bridge City, Texas. One week from this coming Sunday (March 20), Brother and Sister Harrell along with the church will be celebrating their 40th pastoral anniversary.

Along with the consistency and stability that Brother Harrell has modeled for the last forty years, there is another outstanding quality that he has that goes along with his preaching. He is very willing to help preachers. Whether it is with a sermon they may be working on, a church problem they are attempting to work out, or personal problems that are deep-seated and challenging, he does his best to help them out. This is not something that has just started but has been going on for years.

In the neighborhood of thirty years ago, a young preacher from Texas lost his wife and son in a tragic motor vehicle accident. At the time, in addition to being a pastor, he was also the Texas District Youth President. When Pastor Rex Johnson wrote his book, A Palm and A Willow, he documents that Brother Harrell called him every day for a year to help him get through that terrible accident. You have to remember that this was in the days before cell phones so there wasn’t much multi-tasking going on. You were confined to wherever the phone was. This is just one of the examples of many that Brother Harrell has helped over the years.

He was also more than willing to help young preachers get the hang of preaching. For those who listen to preaching, I will tell you that it is a whole lot harder than it may look! In years gone by numerous young preachers have gone to Bridge City and sat down with him and while he talked, they scribbled furiously on legal pads. They ended up going away from that meeting and working with that material and turning it into a sermon. I know of several prominent men both in the UPC and in other circles who would have a series of camp-meetings to preach and would spend time with him preparing for it. Brother Harrell laughingly told me one time that then they would go off and preach it better than he could. Just for the record, I don’t believe it!

One such man he has helped who has in turn done the same thing is Pastor Ken Gurley who is also the South Texas District Superintendent. Brother Gurley has helped multiple young preachers over the years. In fact, Brother Gurley was one of my instructors in Bible College and I attended his church numerous times during my time in Houston. He is also a masterful preacher. 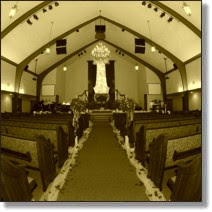 After I graduated from Texas Bible College in 1992 and had come back to Alabama, I became involved in Senior Bible Quizzing. I had a tournament up in north Alabama on a Saturday more than fifteen years ago and found out that Brother Gurley was to be preaching a Friday night service in the Huntsville area. I drove about 300 miles to be in that service with hopes of possibly being able to catch up with him. That night he preached a message Dance Like Nobody Is Watching, a classic Pentecostal sermon about worship.

After the service, I found out that he did not have any commitments and so we went to a local Appleby's in Huntsville. So for about two hours we talked about preaching, books, putting messages together, and sermon delivery. I left that night with the proverbial wagon loaded and further forged my friendship with Brother Gurley.

Here is where Brother Harrell enters the life of Brother Gurley. He told me that in the early days, that he was an administrative assistant to E. L. Holley, Texas District Superintendent. One of his responsibilities was to go and preach in churches that were in transition between pastors. After he had been out of the circuit a bit Brother Holley started getting complaints about how terrible of a preacher that he was. He told me that everyone would always say, "Brother Gurley is the nicest young man but he is the most terrible preacher we have ever heard!!!" He was devastated by all of this and started trying harder to put it together but he just could not do it. It seemed as if the harder he tried, the worse it got.

Brother Gurley told me that Brother Harrell called him for a solid year or so until he had determined that Bro. Gurley had a grasp on putting things together. What a thing to be said! This is where mentoring must play a role in the lives of preachers! As time has passed, I have met a number of men who Brother Harrell has helped.

On yesterday, I requested that those who had heard Brother Harrell preach memorable messages to send me an e-mail with those sermons. I got the following responses.

Jerry Dean— He preached a message called “Oil from the Flinty Rock” to the General Youth Committee. I am not positive that the title is exact but I never forget the sermon. I think the text may have been from Psalms where it says something like oil from the flinty rock.

Shannon Stanley—I guess I contribute an incredible amount of my ministry to Pastor John Harrell - someone that I have admired and been touched by over the years (especially my formative years). I owe probably 75% of my personal library to Pastor John Harrell's recommendations. The sermons are: When We Walk, We Save Something; That Which He Took In Hunting; Yokes of Wood and Yokes of Iron; A Branch on the Breakers; A Thief Named Familiarity; An Appeal From the Past; How to Argue with God and Win; Making Change Your Friend; and Rest Your Soul in a Patch of Light. You are free to use any of these. I also could list others, but I think you listed a lot already and I was trying to list a few that I hadn't noticed.

Tony McCall—In my opinion his legacy is much like that of Spurgeon, who he often references. He is truly the "Prince of Pentecostal Preachers." I have a neighboring pastor that originated in his church. Every time I'm around him he gives me a handful of Harrell CDs to listen to. I've never been disappointed and often I've been challenged. Many of them have found their way into my preaching. In response to your request, my all time favorite sermon by Brother Harrell is "The Bitter is Better", about the bitter springs that God first took the Israelites to in the exodus from Egypt.

Alfred Gibson—Brother Harrell was my pastor for 17 1/2 years. One of my all time favorite sermons was "Treasures of the Snow."

Jonathon Sanders—One of my favorite sermons that Brother Harrell preached based on Pilgrim's Progress was "Forgetful Green, the Most Dangerous Place In All These Parts." Powerful message. “When Prayers Are Feeble" changed my life.

Ken Gurley said…
Brother Harrelson, thanks for retelling my story -- as painful as it is. JW Harrell is the greatest preacher in Pentecost, bar none. He helped me through some of the darkest valleys of my ministry and pastoring. I appreciate you honoring a man who has given so much of himself to so many.
3:32 PM