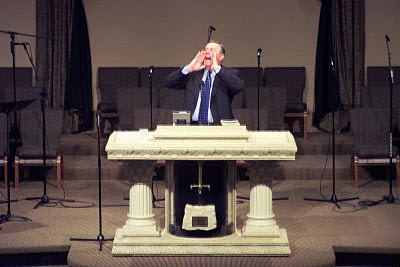 The third sermon of the top five in my opinion that Brother Harrell has preached was entitled “Four O’clock in the Morning Courage.” I have mentioned several times in the last few blogs how important it is to listen to sermons and how that the state of mind and of the soul all influence how we hear the sermon. Some time back I wrote a series of blogs about how we should listen to sermons (Part 1, Part 2, Part 3, Part 4) and there is a prominent responsibility that must take place with the hearer. As a listener, we need to go beyond just hearing what a preacher is saying.

Before I get into a brief summary of this sermon, I would encourage all of you who listen to Brother Harrell to go with me on a bit of a trip with those sermons. Don’t just hear them! Mull them over and consider what is beyond he is preaching and for that matter any preacher is preaching. I have noticed over the years the sermons that Brother Harrell preaches have a theme or principle behind them. When you go beyond the sermon itself and glean the nugget that the Word is bearing out then you have gained a treasure. When you listen to preaching in this manner, it suddenly opens up a new world to you that will lead you to spiritual growth. 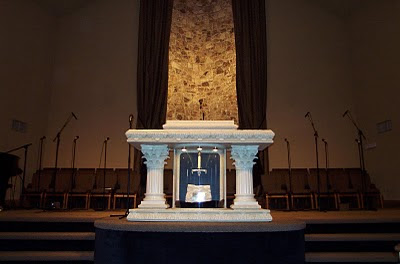 For the sake of an example, I will stimulate your thoughts with some of the sermons that I and others have mentioned. Consider the “Comfort” series and you will find that there was comfort or encouragement that was invested into every one of them.

• The Carpenter Encouraged the Goldsmith—Encouragement; Excellence
• Truth Crushed to the Earth Shall Rise Again—Justice
• Nachon’s Threshing Floor—Personal Sacrifice; Commitment
• Forgetful Green: The Most Dangerous Place on Earth—Ingratitude
• Tell Hell I’m Getting Back Up—Persistence; Perseverance
• Vanity Fair—Parts 1 & 2—Worldliness; Corrupting Influence of Sin
• That Which He Took in Hunting—Laziness
• The Bitter Is Better—Challenges of Life
• Making Change Your Friend—Adaptability
• The Seed by the Wayside—Dangerous Distractions
• A Sermon on Diamonds—Tribulation and Trials
• Roadblocks—Hindrances to Progress
• The Treasure—Priorities
• The Battle Is in Your Mind—Taking Thoughts Captive
• Between A Rock and a Hard Place—Trouble
• The Price Can Be Too High—Stubbornness
• Fading as a Leaf—Death
• A Basket of Summer Fruit—Judgment
• The Art of Looking Away—Patience
• Somebody Helped You Get Where You Are—Brotherhood
• Open Your Hand and Let It Go—Overcoming Bitter Experiences of Life; Pruning
• Remembering the Fish, Cucumbers, Onions, Leeks, Melons, and Garlic—Glamorizing the Past; Temptation; Backsliding
• Living Under Tension—Obstacles and Irritations of Life
• Don’t Fail Backwards—Making the most of Failure
• It Behooved Christ to Suffer—Value of Suffering

I know many ministers who are listening to Brother Harrell every week. I implore you to pay attention to what he is doing, every time you listen to one of the CD’s or tapes you are sitting in a Homiletics lab or sorts. Go beyond just listening to him but think with what he is saying and it will make you a better preacher. Take note of the themes that are listed beside the sermon titles and you notice a very balanced delivery of virtues and themes that will make better Christians.

I go back to a quote from my Bible college days when a teacher said, “Poor preaching is a heavy cross to bear.” The burden is on the pulpit to communicate and if the people aren’t getting it, it is not their fault but rather the fault of the one preaching. Good preaching is hard work and it doesn’t just happen. A preacher has to spend time working at his craft. It is curious to me how that the most important thing that preachers do—preach; often gets the least amount of their time. After forty years of devotion to preaching, we admire Brother Harrell because of his gifts but it did just happen, he worked day after day with it. Bridge City has been built on preaching. Brother Harrell has told me numerous times, “It’s hard to improve on three songs and a sermon!” I couldn’t agree more.

The sermon, “Four O’clock in the Morning Courage” gives away its theme in the title. He took his text from Luke 9:51 where Jesus is going to face the crucifixion. He knows what is in store for him and the greatest quality of it all was his sense of courage. It is a cold-blooded courage that usually has no one watching. It is a place where one does what he is supposed to do regardless of the situation. 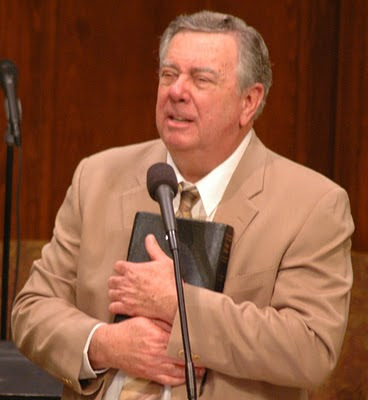 Read about Emily Bronte and you will discover the actions of one who is filled with courage. She worked steadily despite a terrible dog bite, a fire that destroyed her home, and a host of other calamities of life. She wrote these words not long before her death, “No coward soul is mine, No trembler in the world's storm-troubled sphere: I see Heaven's glories shine, And faith shines equal, arming me from fear.”

You have to get back up again and again after you fall. Brother Harrell ended by saluting the congregation in Bridge City by telling them that many of them over the years had demonstrated tenacity that had inspired him.

I include another e-mail that I have lightly edited to remove some of the personal comments from Tim Delano who pastors in San Marcos, Texas:

My favorite sermon by Brother Harrell is a "A Call and a Burden" preached on 7-6-2003. It starts out with the words: "There is nothing more overrated than a burden". He goes on to say that many have followed a burden and have messed up their lives following that burden when they did not have a call. He also makes this statement: "When you answer the call of God then the burden will come." I tell many ministers that this is the sermon that they should listen to. In fact I would go as far as to say that every minister needs to listen to this sermon. Sitting in front of me are many more sermons that I have not listened to that I look forward to hearing. I have been blessed by the ministry of Brother Johnny Harrell.

Nate said…
Bro. Harrelson
I'm really enjoying the posts on Pastor Harrell. What an inspiration to all of us preachers.
Do you know if there are any websites that have any of his sermons available?

Thank you for honoring Bro. Harrell with your blog. You
are a great writer. I have always
known that he is a great preacher (the best). Now everyone will know
it.

Bro. Harrell keeps you spellbound anytime he preaches. Sometimes before he delivers a sermon he makes the statment to the
congregation that he will just be talking to us. He will then say, So tonight we'll just be cruising around town or it's just beans and cornbread" in reference to his sermon.

Even when he just talks as he says, it's awesome. In the past
forty years, I have been blessed to hear Bro. Harrell preach
inumerable sermons. All of them
are treasures to my heart.

I dearly love my pastor and his family.
2:08 PM