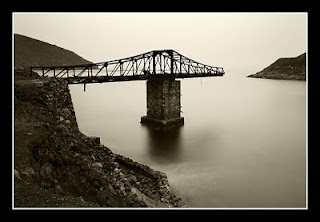 To clarify a point on this particular series of posts concerning when church leaders fall—it is not limited to immoral relationships—it can also be related to misuse of money, poorly exercised authority (either too little or not enough), doctrinal compromise, laziness, and a host of other issues. Church leaders fall when they are not actively carrying out their responsibilities and work of ministry. Generally speaking when the man is initially confronted by the maligning behavior, he will initially deny it.

Denial is a deadly form of self-slaughter. Henry Ford made that mistake after his company had been viable for a little over a decade. The things that made it great in the past were the things that drug it down in the present. Compound that with the fact that Ford began to believe his and be overcome with his own press releases. Don’t ever, ever believe what people are telling you about yourself! If you can deflect the criticism that comes to all ministers then you will have to deflect the praise that comes also. We can get caught up in great deception when we believe all of the compliments we receive and all the criticism we receive. Get a balance on that or it will ruin you. You are never as good as people think you are and you are never as bad as they think you are either.

When flattery is no longer fiction, you will be put on spiritual life-support and it won’t be long until a stumble takes you down. If our motivations are not principled, any form of success will cause a man to be corrupted in the long haul. Success does funny things to us. It makes us unbending, unyielding, and prone to 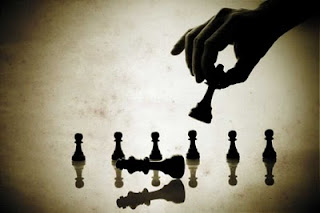 mistakes. You will be overcome with the mentality of ‘just go out and do it!’ or ‘you’ve done this a thousand times, no need to continue the spiritual disciplines of prayer and so on’ and you are about half-way in the trap when you buy into that. I am glad that there are times that I am still nervous before I preach, before I am involved in the work of the church, and as I muddle through counseling sessions. Invincibility is an illusion that we all can buy into no matter if the church has 25 or 2500. You can’t do this by yourself!!!

I come to the last couple of points concerning what happened to me when one of my spiritual heroes fell. (Part 1 and Part 2.)

8. It will not be the first time that someone fell nor will it be the last time I will witness a failure. Be prepared for it!

In fact as time has passed, I have witnessed multiple failures of men who were church leaders. It is not nearly as ground-shaking as it was for me twenty years ago or so. As time has passed and the numbers have increased somewhat, it appears that the thing that contributed most to all of the failures was a prevailing sense of pride. That pride manifested itself in many different forms but two of them appeared to be prevalent. Those who thought they could control their motives and desires without the active work of the Spirit or they were increasingly absent from their home and their own church where they were called to work. Being absent from their home was not necessarily that they were taking cross-country trips but just away for various reasons. 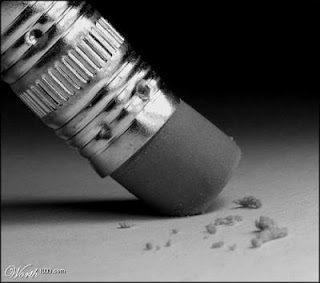 Get used to the fact that failure is going to occur. It does not mean the Church is any less powerful, it just means that God uses the winds of the trials to expose the charlatans. We are often somewhat skewed in our thinking to believe the idea that our days are different from that of Paul. He routinely warned the Church that there were wolves among the flock, false brethren populating positions of authority, and weeds in the wheat. Why should we expect our days to be any different?

9. It made me appreciate the wall-flowers of the ministry world.

I mean by this that I quit looking for the organ grinders who had hopping monkeys. I started looking for men whose lives reflected a quiet godliness and a calm spiritual authority, men whose names never graced the marquees or the organizational flyers. I found a lot of heroes riding Shetland ponies. More than once I had to repent for my former attitude about the regular “Joe’s” of life and came to understand that they could contribute so much to my life that would be important in the years to come.

10. Every man must have a personal devotion to God.

You will find this particular thought woven through much of these blog posts. You will have to fight with your life for this time to get alone. We are by nature given to busyness and the doing part of the ministry. We can preach canned sermons, pray canned prayers, and lead canned programs and starve our souls to death.

Family problems, church problems, financial problems, and fill-in-the-blank problems will deplete your spiritual life. One man said that the bucket will leak even if nothing is being poured out of it. Maybe this series of blogs has scared you—it has me! I don’t want to fall because there is a lot of influence that God has granted to me but I am not alone in that. God has granted you an incredible amount of influence in the circle of the world where you are too! If I am not constantly dependent on the grace of God to sustain me, my life will run low.

I will have some concluding thoughts tomorrow. . . .

Anonymous said…
Very good. I've been blessed and warned all at the same time.

Glad I'm nervous before I preach, too. Although, I have to fight through it nearly all the way through ('Am I starting good?', 'How am I making this point, now?', 'Will I end good?'). I just took it as confirmation that I need to grow.