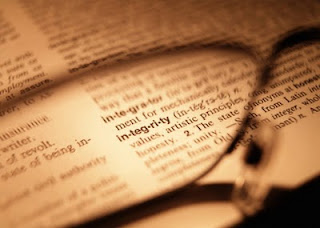 I am currently working through a long series of studies through the book of Acts and I have come to the part in Acts 1 where the replacement of Judas is being dealt with by the Apostles (1:12-26). (If you want the notes send me an e-mail and I will send them to you in a Word doc.) As I worked through this passage, again I am confronted with how unsettling it can be when a church leader falls. In fact, it is almost ground-shaking to us when we see someone who once stood for the core doctrines of the faith find themselves disqualified from public ministry because of their actions. Not only did Judas disqualify himself from public ministry he committed suicide which totally removed any potential for his recovery at a later time.

We have grown accustomed to public spectacles taking place when men make foolish choices and destroy the influence that they had carefully worked toward creating. This has always been the case as time marches on—the names change but the times of man’s failing or his potential for falling does not. In fact, when men are given an opportunity to make poor choices they always do unless they have allowed the influence of the Spirit to take place in their lives (Romans 8:13-14; 12:1-2). We are can still be somewhat surprised when the Bernie Madoffs’, Tiger Woods’, John Edwards’, and others in the secular world make destructive choices motivated by their sin but when it comes into the church it can be ground-shaking. 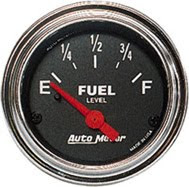 Never can I forget when one of my spiritual heroes plummeted almost 20 years ago when I was still in a state of youthful immaturity. For months I was in a state of disbelief with the constant nagging thought that the same thing could happen to me. Furthermore, I lamented, if it could happen to him then I was even more susceptible that it could happen to me because I did not have nearly the spiritual status that my hero had. I thought, ‘If he can fall, what will happen to me?’ I worried, ‘If he can’t make, can I?’ I agonized over all of those things at the time. It pushed me to a place of prayerful consideration and evaluation and caused me to put up some boundaries in my life that to this day have continued to help. It forced me to understand that prophecies, “words” from the Lord, will all be forgotten as the clock marches on but Scripture is with me all the time and the more I get in my heart and head, the safer that I will against the attacks that surround our passage on this earth.

As time has marched on, I have discovered that this prominent failure would not be the only one I would encounter but that there were other men who would fall too. In all of that I discovered some valuable lessons that were helpful to me and may be helpful to you also.

1. I understood the pervasive and powerful influence that private sin has on one’s life.

One cannot expect to engage in frequent, private, and secretive sins and not be marred by the impact it will have on your life. To do so proves that there is an incredible self-deception that one has bought into. Private sins have a way of corroding every aspect of our lives. We all have a public persona that is present with us, it is the level of living that we are expected to do and it can be deadly to us because it does not take much to be acceptable to the public eye. However, a public anointing will never rise any higher than a private devotion! The private life of a man, the secret chambers of his heart is where all of the action is and that secret chamber of the soul must literally be saturated with the Word and with prayer. If that does not take place, it is only a matter of time before the door is thrown open to the sin that will mar your influence. Public credibility is already fragile enough and it will be axed when private sin is being entertained. You can put whatever sin you wish to place in the area of private sin—there are a multitude of choices—all of them being as pervasive as leprosy.

2. It caused me to take deep (and constant) inventory of my own soul of which I continue to do even to this day.

Soul inventory requires that you not be gentle with yourself! You cannot afford to allow yourself outs on any issue. Years ago, an old preacher told me that four things will ruin a man who is called to public ministry—silver, self, sloth, and sex. That pretty well sums up for us the avenues of life that we must always hold the line and never allow a drift to take place.

Soul inventory is more than just a checklist that you go through on a daily basis because lists in themselves can become very legalistic and you will soon find an out if you look hard enough. Deep soul inventory requires that you constantly realize that that you are in a perpetual, relentless spiritual battle that requires constant vigilance. Paul said that you would have to buffet the body and reign in your body (1 Corinthians 9:25-27). Peter notes that your mind has to be held in a sober manner of thinking (1 Peter 5:8-9). He would later give a picture of those men who refused to deal harshly with their motives and actions in 2 Peter 2.

3. It caused me to look deeply at who this failure affected.

Who was affected by the failure of Judas? I am certain that because he was a disciple that he had someone he was influencing and I feel fairly certain in saying that his dramatic betrayal and suicide affected those who loved and admired him. The sad thing is that when men fall there are others who wash out with them. The wash outs are not as dramatic but their failure is just as dire and their destination is the same as that of Judas because some never recover.

I conclude this post with a list that I wrote down in my Bible about two years ago. I found it on Randy Alcorn’s blog and thought it provoking enough to put it at the end of Genesis because of the association with the integrity that Joseph demonstrated. Alcorn entitled the list “Anticipated Consequences of Immorality.”

• Grieving my Lord; displeasing the One whose opinion matters most.
• Dragging into the mud Christ’s sacred reputation.
• Loss of reward and commendation of God at the judgment.
• Having one day to look Jesus in the face at the judgment seat and give an account of why I did it. Forcing Him to discipline me in various ways.
• Following in the footsteps of men I know of whose immorality forfeited their ministry and caused me to shudder. (List these names.)
• Suffering of innocent people around me who would get hit by the shrapnel of my disobedience (Achan).
• Untold hurt to my loyal wife and best friend.
• Loss of my wife’s trust and respect.
• Hurt to my children. Why listen to a man who betrayed Mom and us?
• If my blindness should continue or my family is unable to forgive, I could lose my wife and children forever.
• Shame to my family.
• Shame to my church family.
• Shame and hurt to my fellow pastors, ministers, and elders and hurt to my friends who I have influence with.

I realize this is heavy thinking stuff and I have more of it that I scribbled down in the moleskin that I will share this week. We are rarely given to this kind of soul inventory much anymore because we don’t even want to entertain the fact that we could very well be guilty of being way too easy on ourselves. Don’t do it!!!! Too much is at stake. . .

P.S. -- I am taking a brief hiatus from the Christopher Hitchens posts until I have a chance to read through his memoir which will be in a few days.