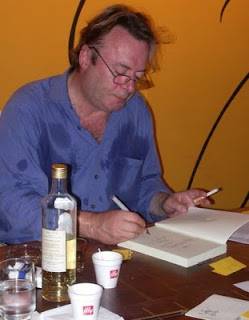 Continuing on that same stream from last week with Christopher Hitchens' battle with cancer and his obvious and perhaps delightful embrace of atheism, we have to note the obvious hopelessness that comes to those who are intent on embracing this theory. If you listen closely to what Hitchens has to say about life in general, there are some obvious comparisons with the thoughts and ideas of George Carlin who also recently passed away. George Carlin was another figure with who I wasn’t familiar with until his death and happened to read a book review from another blog about his life. Considered one top comedians of our age, he was another man who was trapped in the same defiled thinking patterns as is Hitchens.

I made the mistake of searching for Carlin on YouTube and could only manage about 3 minutes of the vile monologue that was dubbed as entertainment. But in reality both Hitchens and Carlin were both saying the same thing in a round-about way. Hitchens is being hailed as one of the foremost thinkers and progressives of our times and Carlin was being touted as one of the best comedians of our day—either education is being confused as comedy or comedy is being confused as education. Initial surprise at these two characters was soon replaced by proper theology—don’t be surprised at the actions and words of those who are sinners—they are just doing what comes natural to them, fighting with God. Despite their greatest inclinations to say there is not a God, all of their actions put them unknowingly in direct opposition to God. Anything opposed to God always fights with God! 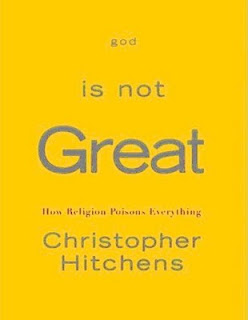 All one has to do is again go to Scripture to look at the mindset of a man who has no hope in God. Perhaps it is most reflected in the most cynical book in the Bible, the Ecclesiastes, written by Solomon when his life was devoid of the hope of God. His idols and his wives had caused him to forget who God was.

Ecclesiastes 3:18-22 ESV [18] I said in my heart with regard to the children of man that God is testing them that they may see that they themselves are but beasts. [19] For what happens to the children of man and what happens to the beasts is the same; as one dies, so dies the other. They all have the same breath, and man has no advantage over the beasts, for all is vanity. [20] All go to one place. All are from the dust, and to dust all return. [21] Who knows whether the spirit of man goes upward and the spirit of the beast goes down into the earth? [22] So I saw that there is nothing better than that a man should rejoice in his work, for that is his lot. Who can bring him to see what will be after him?

This is what happens to men who pursue the American dream at a maddening pace and either they get it or it is like chasing butterflies that are always elusive and never captured. If you only pursue things that are confined to the earth and never consider the spiritual aspects of your soul, it always comes up with emptiness. Hitchens soul is empty because he bought into the deceptiveness of the temporary and refused to believe in the permanence of the eternal.

Chuck Swindoll in his devotional commentary on Ecclesiastes provokes my thinking with the following thoughts:

Before we travel with Solomon through his journal account, allow me to state in three simple comments how directly his observations and experiences, though ancient, tie in with our journey today.

1. The sensual lure of something better tomorrow robs us of the joys offered today.
2. The personal temptation to escape is always stronger than the realization of its consequences.
3. The final destination, if God is absent from the scene, will not satisfy.

The good life—the one that truly satisfies—exists only when we stop wanting a better one. It is the condition of savoring what is rather than longing for what might be. The itch for things, the lust for more—so brilliantly injected by those who peddle them—is a virus draining our souls of happy contentment. Have you noticed? A man never earns enough. A woman is never beautiful enough. Clothes are never fashionable enough. Cars are never nice enough. Gadgets are never modern enough. Houses are never furnished enough. Food is never fancy enough. Relationships are never romantic enough. Life is never full enough.

Satisfaction comes when we step off the escalator of desire and say, “This is enough. What I have will do. What I make of it is up to me and my vital union with the living Lord.”

I plan on reading Hitchens biography in the next few days and have to believe that somewhere in that autobiographical work that there is some evidence of a man who never had enough. His dissatisfaction with life paralyzed the ability of his soul to rise to gratitude.

Finally, here is another video clip of the trailer for the Collision debates. The disclaimer that comes with this clip is that this is purely an intellectual and academic pursuit of God (or with Hitchens the absence of God) which always leads men astray. God cannot be confined to a classroom or a Petri dish. The great danger of seminaries that started with biblical foundations found that they drifted when they turned God into a purely academic pursuit; God always becomes lifeless when He is confined to academic nuances. God means and intends to live in the hearts of men through the occasion of the New Birth (John 3:3-5; Acts 2:38; 10:44-48; 19:1-6).