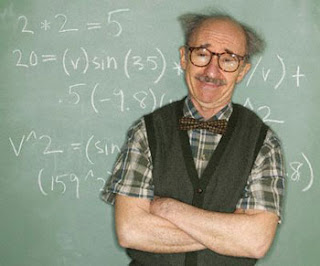 The attorney and author, Scott Turow, wrote a book about his free-fall drop into Harvard Law School and how he spent those challenging three years there. In that ordeal, there was a professor named Perini that all of the ‘one L’ (first year) students loved to hate. Perini was one quarter smart-aleck, one quarter whiner, one quarter bulldog, and one quarter warm human being. His classes were immersed in the so-called Socriatic method of teaching which basically can be summed up as the madness of the survival of the fittest in an academic setting. The student who had the great graces and academic prowess to answer correctly was exalted to the levels of Greek mythological figures. Those who were wrong were banished to the trash bins of hopeless failure and rarely were allowed to redeem themselves among their peers and professors because Perini made sure the news of their demise travelled to the four corners of HLS.

Perini, the half-man and half-beast, was intimidating, sarcastic, anger-inducing but also thought-provoking and character building. Turow was very clear that this radical figure shaped him in a great way and all of the abuse he hurled on his ‘one L’ class actually fostered some very valuable things in him.

Most of us, if we are willing to admit it, have had to entertain more than one Perini in our lives. They can be nasty and condescending and diluted with the short-man’s syndrome but in reality their passage in our lives is quite beneficial for us.

You will have to deal with difficult people until you pass on, so get used to it. No matter what geographical location you find yourself in, there is always a Perini nearby. I have discovered that there are rich and poor Perini’s, educated and uneducated Perini’s, professional and unprofessional Perini’s; in fact every cut of life has a Perini in the midst. So how do you deal with a Perini?

One of the most important things to remember is that somewhere in the past something has devastated their world. They have been so hurt by life that instead of the painful circumstance shaping them through the nobility of their calling (whatever it may be) it has hardened them through bitterness and a desire for revenge. Since they can’t get to the situation to fix it, you are in their path and so they will fix you. The painful circumstances can be poor financial decisions, marriages that have collapsed, family squabbles, or a life that has not turned out as they desired it to. These are the contributing factors as to why they may treat others as they do.

Another important thing to remember about Perini is not to take their ill-treatment of you personal. Consider some of the tormenting Perini’s you have had to deal with over the years and hopefully you have come to realize that they treat everyone with the same sense of aloof condescension that you have had to endure from them. As time passes, if you work at it, you will come to see Perini through eyes of compassion instead of disdain. This is where we benefit from Perini, he can pull a nobleness out of us that otherwise would be undiscovered. Furthermore, as time continues to march on, it very well could be that Perini will soon share with you the things in life that has put him behind the eight-ball and your enemy has been converted to a friend.

Perhaps another thing to note about Perini is that their position has placed them in a capacity beyond their pay-grade. This is especially true if Perini is in a place of authority. Authority becomes a tool of added destruction for them to use on others. Take a look at Moses and the incident at the burning bush when he was commanded by God to toss his staff on the ground. Suddenly it became a venomous beast of a serpent, the principle in this speaks well—every rod of authority has a snake in it. Those who hold the rods of authority must know how to use it because if they don’t, it can harm them and others.

Of crucial importance is that you do not let Perini turn you into Perini. Perini has a wicked wand in his hand and he will turn you into a withering critic also if you are not constantly on guard. Perini pecks on you and then you go peck on somebody else. Because Perini is so bent by his negative attitude, he can get you to believe everything he says and then you have to get your pound of flesh from someone else.

Don’t let Perini make you sarcastic and cynical. He will do his best to destroy you with worry and intimidation but don’t give in to him. He will try to stifle your dreams and your vision but don’t let him do that either. Keep your eye on your responsibilities and your obligations and you will either graduate from his clutches or outlive his criticism. . . you have to just keep on moving. Be on the watch for Perini, he will be found at every cross-walk of life.