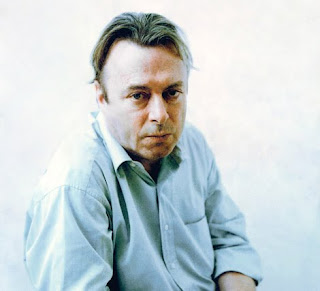 Last November, I wrote a series of posts (which I did not finish) about a neurosurgeon that I have worked with and known since the summer of ’92 and his recommendations of Richard Dawkins’ works (Part 1, Part 2, and Part 3). At the time of his suggestion, I had no idea who Dawkins was. But after I read through one of his books and sorted through a couple more, it became clear that Dawkins was a radical, hostile, and sarcastic atheist who enjoyed humiliating anyone who would attempt to defend a Christian worldview and the existence of God.

As I became acquainted with the Dawkins spin, I also discovered a few other fellows that are comrades with Dawkins in their efforts to become what has commonly been referred to as the New Atheists. One such author, and very popular I might add, is Christopher Hitchens. He is also an avowed atheist but is not nearly as sarcastic and pugnacious as Dawkins, at least in my opinion. Although I have not read any of

Hitchens work, my exposure to him came through the Collision Debates that he had with Douglas Wilson. All of the debate is on You-Tube but unless you are interested in debates you probably won’t find it very compelling.

Last evening, I noticed a news article concerning Christopher Hitchens who has been diagnosed with esophageal cancer with apparent metastasis. The cancer not only is in his esophagus but also has spread to the lymph nodes. For anyone who remotely knows anything about medicine and the disease process, this is a ticking time bomb that Hitchens is dealing with. So take note of the interview and hear what the man says. Listen carefully to a man who is now sitting on death row about to go where we all will ultimately end up, facing the judgment (Hebrews 9:27).

I will post more thoughts on this in the days to come but I want you to contemplate what hopeless this man unknowingly is presenting to his watching fan base. I conclude with Paul’s words to the Romans:

Romans 3:4 ASV God forbid: yea, let God be found true, but every man a liar; as it is written, That thou mightest be justified in thy words, And mightest prevail when thou comest into judgment.

For Mr. Hitchens, and everyone else for that matter, it doesn’t matter what you believe or do not believe about God! Your unbelief does not change the equation of God’s existence and His active work to redeem man through the power of the Cross. 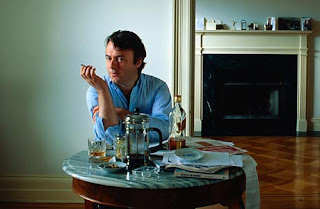 Anonymous said…
If I could take my heart and place into Mr Hitchens I would. If he could feal what I feal when I stand in the presences of Jehoviah God.....
10:47 AM