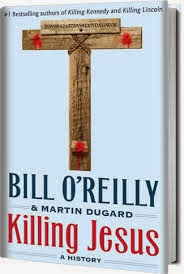 The last book on the honorable mention list won out because of the historical content and the sources section.  The book Killing Jesus was one I picked up on a whim in Barnes & Noble.  I generally try to go to B&N every Thursday morning and do some mindless reading that generally is fiction of some sort.  I had previously read at (meaning skimming through) O’Reilly’s book entitled Killing Lincoln but lost interest in it.  However this book was very different.  I did not expect to find any theological enlightenment (which I didn’t) but what I did find was some incredible resources at the end of the book concerning 1st century life in relation to the Jews and the Romans.

The book starts with details surrounding the birth of Jesus in Jerusalem in 5 B.C. although O’Reilly starts out in the first sentence with an error about Jesus being 36 years old when he died.  As with all books, you have to read with a filter on.  There are other details in the book that O’Reilly gets wrong if you adhere to the Bible being the foremost authority on the life of the Lord and his detractors.  But getting beyond that I think this book is worthy of your time and attention because of its widespread dissemination in the US. 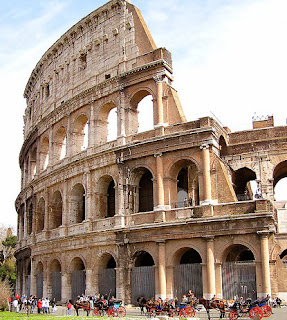 I will give O’Reilly this; he immediately draws you in when he starts describing Herod on page 11.  He notes his age to be 69 and how that he is a massive train-wreck physically who is incredibly obese, struggles with gout, has a lung disease, heart problems, sexually transmitted diseases, and a terrible gangrenous infection.  He also writes about Herod’s tendency toward raw, unmitigated meanness that caused him to kill one of his wives and two of his sons.  This information immediately rang true with me because of some of the content that I had previously written earlier this year in my series on Acts.  If you want to get a good picture of the moral and spiritual condition of Herod you can do so by reading James Hastings excellent biographical picture of this man in his great series The Greater Men and Women of the Bible—Mary – Simon (1913).  The book that I have was a gift from Bryan Abernathy although you can find it in PDF format because the copyright has long since expired and now is in public-domain.  Hastings does a very good job of provoking your thinking about the horror of sin and the practice of evil in this man’s life.  O’Reilly keys in on this theme when he describes Herod’s mad pursuit to kill Jesus in his infancy along with the hunt for the Magi.

The second chapter backtracks to the times surrounding Julius Caesar in 44 B.C.  O’Reilly does good work at summarizing Roman history to give you an idea what was about to take place when Jesus comes on the scene at his birth.  If you are interested in Roman history there are a couple of resources that would be helpful to you.  First is Dan Carlin’s Hardcore History lectures on the rise and fall of the Roman Empire.  He has some podcasts that deal with the history of Rome that you can download for free.  There is around 14 hours of material that you can crank out when you are treadmilling or whatever.  Another fellow named Mike Duncan has 179 podcasts that trace through the history of Rome .  Duncan’s podcasts last from five minutes to as long as 90 minutes.  It took him five years to complete it all.  If you are interested in learning something both of these guys have some great contributions to make.  I found their lectures to be very interesting because of the description of what was taking place with Rome and its conquest for land.  It fits well into knowing what the early Christians had to contend with.

Lastly as I mentioned about O’Reilly’s book having a great source section, I have created a wish list on Amazon so you can see the book titles that he mentions at the end of the book.