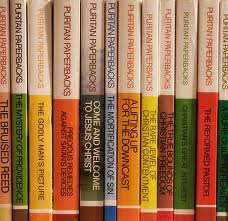 Looking at the preaching of the Puritans from the angle of personal purity is something that can motivate all preachers in our generation. They placed a great priority on preaching which most scholars called the primacy of preaching and they believed that much power came from preaching. But directly related to the priority and power of their preaching was the purity of their lives. I find this particularly appealing to me when I consider the aspects of preaching. Public anointing greatly depends on private devotion.

Over the years in reviewing a vast amount of notes that I have written—sermons, Bible studies, and blogs—I have come to realize that there are two subjects that I have gravitated toward there are even two full shelves of books that are devoted to these subjects. The first is that of spiritual warfare, not the fruity sort of stuff that Third-Wavers are known for, but the elements of the armor that Paul listed in Ephesians 6:10-18. The second is that of holiness dealing with personal, corporate, and ministerial areas. That may reveal some quirk that I have in my own soul but I have greatly enjoyed studying these subjects. May you also develop a thirst for those areas too!

I begin with a few quotes that should stir us toward an evidence of growing personal holiness in the life of a minister from some of the Puritans.

John Owen—If a man teach uprightly and walk crookedly, more will fall in the night of his life than he built in the day of his doctrine.

John Flavel—What health is to the heart, that holiness is to the soul.

Thomas Watson—A holy heart is the altar which sanctifies the offering; if not to satisfaction, to acceptation.

J. C. Ryle—Wrong views about holiness are generally traceable to wrong views about human corruption. If a man does not realize the dangerous nature of his soul’s diseases, you cannot wonder if he is content with false or imperfect remedies.

Because of their working with the Scriptures, the Puritans were well aware of the benefits that came from a life of holiness. While there are biblical principles throughout Scripture that encourages holiness, some of their various sermons from the 1st Corinthian letter seemed to put some of the guidelines for godly living into a nutshell: 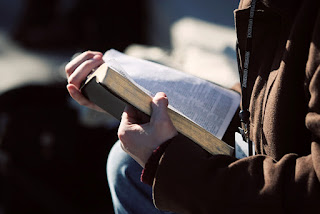 Those questions were used to probe their souls concerning a growing evidence of purity of life. You will notice that they were particularly concerned with the attack the sin had on the most ardent of believers. In understanding the constant struggle with the flesh, the Puritans determined that they would hate sin. In their cultivation of holiness, there was a noted growing hatred of sin that they often expressed. With this understanding of sin, they also looked carefully at the possibility of heart-idols that sought to hinder their progress.

Some of the prayers of the Puritans are captured in print. When you read their prayers you are swept up into the majesty of what it is to pray Scripture. It appears that the Puritans retreated to closets of prayer with their Bibles and would pray fervently and apparently at times loudly.

The Puritans also understood that very closely related to the lifestyle of holiness that there were aspects of discipline involved. In fact they often would key in on what Paul told Timothy when he told him to discipline himself to godliness (1 Tim. 4:7). Notably we must understand that holiness of life will not be gained with a sloppy effort or instantly. God uses various situations to constantly work toward the sanctification of the soul. There are certain perils that will come into the minister’s life that refuses to be disciplined in his service for the Lord. A lack of discipline will cause one to have little regard to the divine things of God. It will open his life up to compromise in his own life and in the ministry of the Word. Discipline toward godliness helps men to constantly be brought under the refining process of the Spirit.

Here are some recommendations of books that are focused on personal holiness, some from Puritan authors and various others:

Anonymous said…
Thank you for your words of encouragement. I really appreciate the bullet points, and I intend to incorporate them into my personal process of daily discernment.
1:41 AM