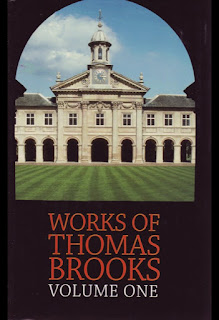 I am continuing with a couple of more posts about Thomas Brooks before moving on to some other matters in April. As we have been discovering with the material of Thomas Brooks (Part 1, Part 2, Part 3, Part 4), he was solidly biblical with his approach to his work with Precious Remedies Against Satan’s Devices. He uses 2 Corinthians 2:11 as a springboard to present all of his material from. We are not, as Christians, to be ignorant of the devices of the devil. He presents as a doctrine that Satan has devices, machinations, or strategies to gain an advantage of the soul of man. Brooks compares him to a greedy merchant that seeks to take every opportunity to beguile, deceive and entrap others. He is a wily merchant who does not key in on widow’s houses but rather on men’s souls.

He determines to prove this point from Scripture. Then he wants to make sure that people are aware of the various devices that he will use. However, Brooks points out that for every device the devil may have that there is an adequate and powerful remedy to overcome the assault. Brooks also desires to show how those devices are developed in the spiritual war and explain some points of information about the devices.


From Ephesians 6:11 he notes the word wiles is from the Greek word methodia from which we gain our English derivative “methods.” Those methods involve snares that are not directly noticed and serve as an ambush along the way. There are snares that are laid directly in the road in plain sight but it is ignored and the man falls into the snare. There is also the snare that has an artificial appearance to it much like a lure that fishermen use to catch the fish they are looking to put in the live well. He also presents the fact that despite a man being captured in the snare, Paul alluded to the fact that there could be a recovery from that snare (1 Tim. 2:26). The devil has various snares for all types of men. 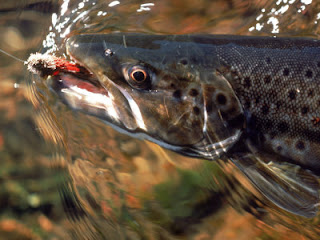 There is not a single soul that need be left out by the devil because he is working to entrap any and all that he may.

After the discussion of the snare, Brooks then lists the devices that Satan has for the most hearty of souls.

DEVICE #1: To present the bait and hide the hook. To present the golden cup and hide the poison. There is pleasure and profit that flows into the soul that yields to sin but the devil hides the wrath and misery that will be soon to follow the committing of that sin. . . . “Your eyes will be opened, and you shall be as gods!” That is the bait, the sweet, the pleasure, and the profit. But the hidden hook does not show the shame, the wrath, and the loss of all that Adam and Eve had experienced prior to the entrapment. . . Satan with ease puts fallacies upon us by his golden baits and then he leads us and leaves us in a fool’s paradise. He promises the soul honor, pleasure, profit and pays with the greatest contempt, shame and loss that can be experienced.

But there are remedies to this device. 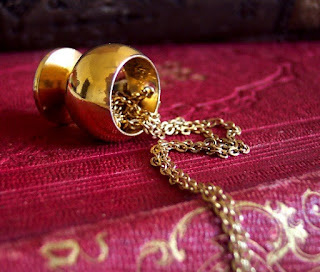 REMEDY #2: Solemnly consider that sin is bittersweet. The seeming sweet that is in sin will quickly vanish and lasting shame, horror, and terror will come immediately. . . Many will eat on earth what they will digest in hell. Sin’s murdering morsels will deceive those that devour them.

Men must not think to dance and drink and dine with the devil and then sup with Abraham, Isaac, and Jacob in the Kingdom of Heaven.

REMEDY #4: Seriously to consider that sin is of a very deceitful and bewitching nature. . . It will kiss the soul and then betray it. It will with Delilah smile upon us that it may betray us into the hands of the devil as she did to Samson in the hands of the Philistines. Sin gives Satan a power over us, and an advantage to accuse us and to lay claim to us as those that wear his badge; it is of a very bewitching nature, it bewitches the soul where it is upon the throne that the soul cannot leave and will perish eternally by it. . . Let God strike and wound and cut to the very bone yet the bewitched soul does not care nor fear but will still hold on to a course of wickedness as you have seen in Pharoah, Balaam, and Judas. Tell the bewitched soul that sin is a viper that will certainly kill when it is not killed that sin often kills secretly, insensibly, eternally, yet the bewitched soul cannot nor will not cease from sin. 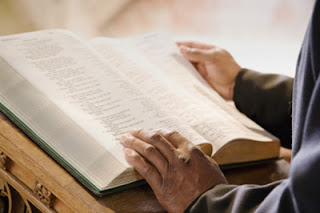 This is but the first and much abbreviated way that Brooks paints up the ways the devil attacks the unsuspecting. I am sure that if you are a man who has to preach on a weekly basis that the writings of Thomas Brooks will be like water being poured into an old hand-pump well. It will prime your mind and spirit in preparation for preaching.

I think it is also important to point out that Brooks believed that the Bible was God’s Word that had been written for man. Therefore it was important to be able to present it as such and then make it applicable for everyday living. Because that truth was eternal they saw little need to incorporate the idle references of current events to accomplish their great task of preaching to the church.

With this unique approach to Scripture the Puritans were able to deal with all manner of themes such as faith, doubt, temptation, despair, fear, hope, the fight with sin, the attacks of Satan, the peaks of spiritual joy, and the dry wastes of spiritual desertion. If a man is willing to settle in and prayerfully consider all of the ways that Scripture speaks to these particular things, there will be an authority that he gains every time he steps behind the pulpit! Suddenly he no longer is limited to a human vessel that has a voice but he literally becomes empowered by the Word and will be gripped by God to do this great task called preaching. Churches will respond to this manner of preaching that moves it into a mode of revival and harvest.

We must preach the Book!