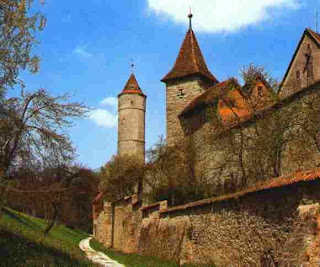 I hope that this little series has been provoking to your thinking (Part 1, Part 2, Part 3, Part 4). I hope that the ministers who are reading will delve into Bunyan’s The Holy War will discover that there are some fantastic sermon nuggets and Bible study thoughts that can be derived from it. Before progressing along with the Ear-Gate analogy, I think that giving a setting of what took place after the capture of Mansoul can contribute to the interest factor of this allegory.

Chapter 2 gives the description of the actions taken by Diabolus after Mansoul had been taken down. Immediately Diabolus instructs Mr. No-Truth to deface the large image of King Shaddai that was prominently located in the city. Additionally, he instructs Mr. No-Truth to go and create a similar image of Diabolus as a replacement for the citizens of Mansoul to have to come into contact with as they move about the city in their business dealings.

Diabolus is very focused on changing the nature of the city and that plot leads him to take all of the laws, statutes, morals, and principles that had been established by King Shaddai and destroy them. His whole purpose is to turn Mansoul into an absolute brute. His two primary henchmen in accomplishing this are Mr. No-Truth and Lord Willbewill. What a play on words that Bunyan uses in this allegory! He seeks to tear down truth and in doing this he lets the citizens be run entirely by the whims of their own selfish will.

Diabolus also knows that the city council has to be replaced with suitable men who will continue to contribute to the demise of the town. His new mayor is Lord Lustings, who has no eyes or ears, and is completely run by the beastly impulses that move within his sorry soul. His secretary is Forget-Good who cannot remember anything that is good and is solely run by mischief and does everything he can hurt people in whatever capacity that he can. The remaining men who sit on this troubled council are Mr. Incredulity (Skepticism), Mr. Haughty, Mr. Swearing, Mr. Whoring, Mr. Hard-Heart, Mr. Pitiless (Ruthless), Mr. Fury, Mr. No-Truth, Mr. Stand-to-Lies, Mr. False-Peace, Mr. Drunkenness, Mr. Cheating, and Mr. Atheism. As you can see these men have the ability to greatly harm any positive direction that Mansoul might have in recovery.

Now we come to the Ear-Gate which was one of the primary ways that Diabolus managed to get into Mansoul to capture it. After its fall, Emmanuel determines that He is going to rescue the city from Diabolus and his unholy hordes. To do this, He will have to go into the same gates that Diabolus compromised at the beginning. He understands that the chief way to accomplish this task is to go through the Ear-Gate. As the story unfolds, Bunyan particularly enforces the idea that the voice of the preacher is what attacks the Ear-Gate. Again, you have to appreciate the names of the characters that Bunyan uses in his allegory.

When Mansoul does come back into the control of Emmanuel, the Ear-Gate has a very crucial role in the recovery. There are some key points to note concerning this conquest. 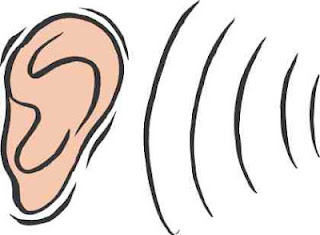 The Ear-Gate in the initial attack was how the message was sent that Emmanuel wanted a meeting with the citizens of Mansoul.
The Ear-Gate was where the enemy stacked up his most devilish fiends as a defense against the words of Emmanuel. Mr. Prejudice, Mr. Incredulity, Mr. Forget-Good, Mr. High-mind, and Mr. Heady were in charge of sixty deaf soldiers.
The Ear-Gate was assaulted with the words, “You must be born again!”

We are instructed in Mark 4:24 to take heed as to how we are to hear. Our ears are assaulted on a daily basis by a wide variety of voices and all are generally trying to squeeze their influence into our soul. This is not a suggestion by the Lord but rather a commandment that we are to respond to. In fact it is a duty of a godly man to take heed to what he hears! Jesus concluded the Sermon on the Mount in Matthew 7 with the parable of the men who built houses on the rock and on the sand. His conclusion was that if we hear His sayings and respond to them, our foundation will be certain.

What I hear generally is incorporated into how I act. Hearing leads to action, which leads to knowledge and understanding, which progresses to a stronger faith. It is crucial that those who hear sermons and Bible studies make sure that their Ear-Gate is open to the Word of God and not blocked by the continual impact of the world around them. While much of the burden of the preaching of the Word is on the preacher, the hearer is not immune from responsibility. The following things are important to consider:

• Be ready in a devotional manner. This means that the heart should be prepared to hear the Word and the preacher. It is difficult do this when your mind has been in the world all week long. John Piper wrote the following, “It astonishes me how many Christians watch the same banal, empty, silly, trivial, titillating, suggestive, immodest TV shows that most unbelievers watch. This makes us small and weak and worldly and inauthentic in worship.” There is nothing like media, in most forms, to suck the life out of us spiritually. Whatever form it may come, we have to understand that from the standpoint of biblical separation and personal holiness, the Ear-Gate is affected by our interaction with it.

• Be ready with your attitude. Your attitude affects how you hear. Prayer helps our attitude to be cleared from the logjams that can corrupt us. While it may be archaic in some places, prayer before a church service begins is crucial to help us to grasp spiritual lessons and principles.

• Be ready with your application. What I mean by that is when you hear a sermon, there ought to be some things that you hear that will be incorporated into the actions of your life. The best sermons that I have heard and even preached all called for me to do something! I do not change until I do something!

On a closing note, in August 2010, I wrote a four-part series about listening and how it impacts our walk (Part 1, Part 2, Part 3, Part 4). You may glean something from reading those posts also.

Anonymous said…
I thank God for your ministry and pray that you will always continue to be as inspired and motivated as you are to preach and teach these things. God bless you. You are a great blessing to the Body of Christ.
1:46 AM

Joshua Heard said…
This blog has been a God send to me. I thank you for your sacrifice of love my brother. Pastors like yourself are very busy, but I want you to know that you are effecting my life in a positive, and powerful way. I have always known the value of prayer and Godly living as being key ingredients for anointed preaching, and your post and tweets have just helped hammer the home.(it only helps to be reminded of the things that we should already be doing) Thanks from this young preachers heart and God bless you and your family!!!!!
7:44 PM