The Dark Side of Spiritual Abuse -- Part 1 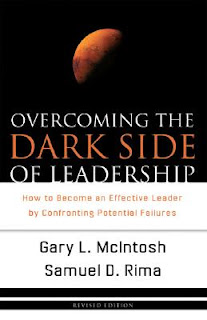 For the last six weeks or so, I have been researching, reading, and taking notes from various places concerning the difficult subject of spiritual abuse. One of the reasons for my doing this is in preparation for a theological forum to be held in Albany, Georgia in a few weeks. It is being organized by the former president of Texas Bible College, J. R. Ensey, and hosted by Pastor Steve Waldron.

Back in the summer, Brother Ensey sent out an e-mail soliciting papers to be written on various subjects and after musing through the choices, I started thinking more along the lines of a pastoral theology kind of subject. Although I am not quite sure how I finally settled on this particular issue, I have been thoroughly enlightened on this subject.

In the past, I have written on church trouble from the angle of people in the congregation who found great enthusiasm for tormenting pastors until they finally ran them off. The religious landscape is littered with men who no longer pastor churches and gave up the calling of a ministry because of a situation where they found themselves in great contention with the hidden powers that ran the church. If you are interested you may read those old Barnabas Blog posts from a couple of years ago (Part 1 & Part 2). Since writing those posts, I have observed a few more of these unfortunate situations as they unfolded.

On the other hand, there are also churches that have had endure terrible abuses at the hands of heavy-handed, manipulative, and dark pastors who fall into the category of being a spiritual abuser. 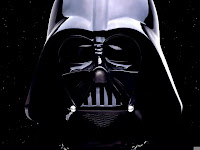 I must say from the outset that this kind of activity to me is totally foreign because of the environment that I grew up in with my own pastor (and now father-in-law) Joe Patterson. Because of his spiritual leadership, I grew up with the idea that the church was the most incredible, warm, and safe place on the earth. It was only after I begin to travel around a bit and grew up some spiritually and mentally that I was exposed to the dark side of the church and ministry. To be quite frank with you, it was a bit unnerving and initially faith-jarring.

Once I saw the dark side, I was forced to go back to Scripture and really analyze what the church looked like in its early stages. I discovered that Pentecostals have a very romantic view about the early church and usually see nothing but a bunch of miracles, exponential numerical growth, and great displays of spiritual authority and power. However, every where the early church went there were problems and generally the problems had a name on them with a body attached. Paul’s struggle with the raging beasts at Ephesus no doubt had a human body attached to it!

When you look at the book of Acts from a chronological standpoint, it covers a 30 to 40 year time frame, depending on what scholar that you read. Furthermore when you look at it from a geographical point of reference, there were hundreds of thousands of square miles covered. So from the vantage point of time and space, there weren’t miracles and amazing growth going on every day. There was a lot of trouble mixed up with the expansion of the church. Correlate that with Paul’s catalogs of calamities in 2 Corinthians 11 and you will see a man paying a heavy price to be involved in the expansion of the Kingdom. Tie that in with the words of Ananias in Acts 9 which were directly from the Lord when Paul was informed by God that he must suffer, and then it puts the whole process into proper and much clearer perspective.

So the Scripture helped to shed some light on my faulty view of the church. There are troubled people who come into them including laity and leadership. These people who refuse to allow the Cross to really transform their lives can very easily become spiritual abusers. While the Church Trouble series highlighted the abuse that comes from the pew, my paper opened up the avenue of when abuse comes from the pulpit. 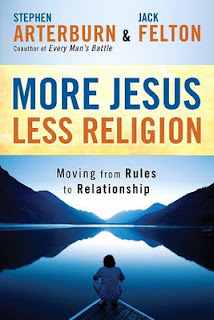 There were four books that particularly helped me to gain some insight into the whole concept of spiritual abuse. The first one was a book that focused primarily on leadership patterns by Gary McIntosh and Samuel Rima entitled “Overcoming the Dark Side of Leadership—The Paradox of Personal Dysfunction.” They did a very good job of shedding light on the reasons that leaders can go bad. The second book was one written by David Johnson and Jeff Van Vonderen called “The Subtle Power of Spiritual Abuse.” There were a lot of helpful case studies that were scattered throughout this book that showed how the culture of spiritual abuse can develop in a closed church system. Two books by Stephen Arterburn called “Toxic Faith” and “More Jesus, Less Religion” also caused me to look at ministry in a whole new way.

Over the next few days, I have the intentions of sharing some observations about spiritual abusers.

scott phillips said…
Looking forward to your observations and insights.

Anonymous said…
I have read these posts and am a subscriber to your posts through Google+. I've already posted here as anonymous. I have long been subject to spiritual abuse but in the past 4 years I have become the target. I am beginning to question everything and my thoughts have become a hurricane of negativity. My wife and I are trying to pastor a home missions church but my grip is slipping. Please help.
I know it's not right but I can't seem to get my head out of the water.
9:53 AM

Anonymous said…
I posted the previous comment. Just so you know, my pastor preaches a great holiness and doctrinal message and I am doing the same. It's not the message... it's the administration.
10:29 AM

If you want to correspond with me, you will have to send an e-mail to philipharrelson@gmail.com . I have no way to track an anonymous poster. So I cannot respond to you through e-mail.