The Dark Side of Spiritual Abuse -- Part 5 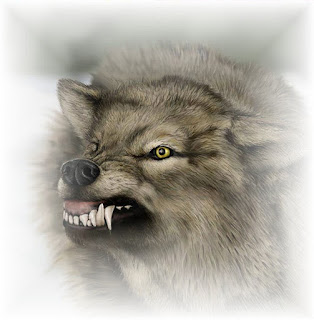 This is the last post on this particular series. I appreciate the comments, e-mails, and phone calls that I have received concerning this very sensitive subject. The genesis of this blog series actually begin when I was asked by J. R. Ensey to put together a paper to present at a theological forum that he hosts annually at various places around the country. I am very appreciative at the response I received when I delivered this paper at the forum in Albany, Georgia a few weeks ago. I have just a few final thoughts to add before moving to other areas on the blog.

What I increasingly discovered was in these dark spiritually abusive environments that it serves as excellent and fertile conditions for hypocrisy to prevail. As you dig deeper into these environments you soon discover dark, deviant sins and moral corruption simmering beneath the surface. I believe that the huge level of repression that takes place in these “churches” does nothing except bring out the worst sins of the flesh. Although when someone finally does decide to speak up concerning the matter of these dark sins, the leader usually resorts to efforts of damage control so that the leadership and the church do not have a soiling of “reputation.” Man hasn’t really learned any new tricks about covering sin; he still resorts to insufficient fig leaves just as Adam and Eve did at the beginning of the state of man.

What I also found to be very surprising is that most of the time the wife of the leader will also work toward damage control. She will do everything within her power to live up to the social pressures of maintaining some semblance of normalcy in the various relationships she has within the church. She apparently has come to understand that the dark side of her mate can shift on her as much as it does with those people he is taking advantage of. So instead of dealing with the moral and spiritual failure that is present things are left to follow the course of gravity. Gravity leads the person to maintain an environment of manipulation and absolute mind control on those people he is supposed to serve. 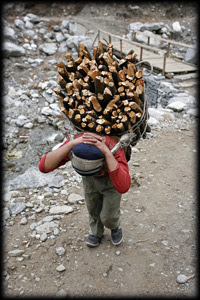 • A member having to submit financial records to the church leader and the leader determines how and when they are to spend their money.
• A member having to sell various things on a constant basis to feed the coffers of the church so that it entirely benefits the leader.
• A wide disparity between the lifestyle of the leader and the members. He lives like a king while the members appear to live at a level of poverty or barely just able to get by.
• The leader using a “word of knowledge” or “word of wisdom” to pick a spouse for those who are in the congregation.
• Members being absolutely forbidden to question the direction the leader takes or question the decisions he is making.
• Members being forced to totally forsake their extended family who do not attend the “church.”
• Members being told that if they leave the church for any reason that “the hand of God will be against you.”
• The leader gives the implication that his “church” is the only place that people may be saved with the hope of going to Heaven.
• A “pastor” who has a tendency to want to befriend the congregants on a social level but when he gets in the pulpit he uses that avenue to browbeat, condemn, criticize, and name-call those who hear him.
• A “pastor” who may call out several people or a single individual and call them to the front of the church for a public humiliation in front of everyone.
• A “pastor” who catches people in extremely vulnerable positions and when they need grace most, he turns up the control to humiliate them and ultimately control them.

There are some other unnamed situations that involve deeply personal matters that spiritual abusers will attempt to get involved in as a matter of control. If you go to a place that has these kinds of traits, it would probably be a good idea for you to carefully seek God, read your Bible, and find someone to confide in who can help you. I have also come to understand from people who have been in terribly spiritually abusive situations that God would speak to them through very vivid dreams. While I am not one to necessarily over-play those situations, I do know that there are times when God does indeed speak to us very clearly and directly through dreams. I encourage you that if this is taking place, do not ignore it! Seek out spiritual advice from a trusted source and you may even need to give yourself to some extended times of prayer and fasting so God can become even clearer to you. I would also add that if what you are experiencing from this “leader” anything that is outside the realm of Scripture, that man is wrong! He may violate you with intimidation and control but if he chooses to go against Scripture, he is wrong! He has no liberty whatsoever to go against the principles of Scripture!

On the other hand, if you go to a church that has an incredibly warm, spiritual environment where God is exalted and His Word is preached, sometime today you owe it to God to breathe out some gratitude.

When I addressed the forum in Albany, I prefaced my remarks by saying that there are some could literally have a field day with this subject. There are some who are unconverted, resistant to the Gospel, and are presently lost but have been deceived in their minds and truly believe they are part of the church who scoff at and malign every church that has any spiritual requirements and label them as spiritually abusive. So for those who may have come to this blog looking for a loop-hole, I am going to close it before you make it down that path. Because there are some things that are NOT spiritual abuse but as the church has increasingly come under the assault of culture and the devil, some very godly, separated, and righteous churches may look like they are spiritually abusive. But because they have a high level of respect for doctrine, holiness, and the mission of the church, our world has changed so much that much of what is passed off as Christianity has become so watered down it is powerless to save. So let me address in conclusion what spiritual abuse is not. 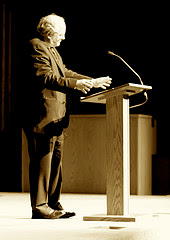 Obviously this list is not all-inclusive however it is enough for you to understand that there are some very good godly men who are doing their best to make a difference in their churches. Pray for them!

Unknown said…
Very good! Thanks for addressing the topic - it is very much needed in this last hour.

Anonymous said…
Wow! It's hard to believe somebody had the courage to say all of this. I read the whole series and can't believe how on target you are. As a minister coming out of a very holiness minded church I saw all of this. God did give me dreams and dealt with me for a long while about leaving and fulfilling the ministry that he gave me. I am now pastoring another very holiness minded church but have lost my relationship with my pastor because I obey God. I want to scream and cry. I'm terribly saddened but at once relieved because I constantly deal with condemnation. I hope no one fosters a spirit of rebellion because of my comments but that they would realize a need for sensitivity to the Holy Ghost.
9:19 PM