Time to Sacrifice the Queen 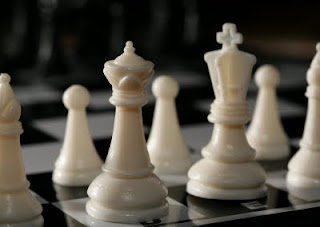 During an international chess competition many years ago, a man named Frank Marshall made what is often called the most beautiful move ever on a chess board. In a crucial game in which he was evenly matched with a Russian master player, Marshall found his queen under serious attack. There were several avenues of escape and since the queen is the most important offensive player, spectators assumed that Marshall would observe convention and move his queen to safety.

Deep in thought, Marshall used all the time available to him to consider the board conditions. He then picked up his queen—paused—and then placed it down on the most illogical square of all. He placed it in the square that the queen could be captured. He placed it in front of three of the most hostile pieces of his opponent. There was no way the queen would be able to withstand the attack.

Marshall had sacrificed his queen! It was an unthinkable move to be made only in the most desperate of circumstances. The spectators and his opponent were shocked with his uncanny move. But ten seconds after the move was made, the Russian chess master and the spectators realized that Marshall had made a brilliant move. It was clear that no matter when or how the queen was taken, his opponent would soon be in a losing position. Seeing the inevitable defeat, the Russian master conceded the game in defeat.

When the spectators recovered from the shock of Marshall’s daring, they showered the chessboard with money. Frank Marshall had achieved a victory in a rare and daring move—he had won by sacrificing his queen. By doing the unthinkable, he had won the match.

There are times in life when the most important thing to do is to sacrifice your queen. More often than not it is the key to gaining the greater measure of success. I am constantly drawn to the fact that men who are disciplined in life both spiritually and materially find a great measure of reward by sacrificing their queen.

Recently a fellow traveler in ministry pointed me in a direction to hear some great preaching and good advice by a man that was relatively unknown to me prior to 2003. I remember the very first message I ever heard this man preach and it only took about five minutes of hearing him to understand that this man was incredibly well acquainted with the Book. From all accounts, he had labored quietly in both discipline and obscurity and it had pushed him to a place of great depth.

As time has passed, I have had the opportunity to spend a brief amount of time with him. During that time he told me about his work ethic and it was clear that this man had sacrificed the queen a long time ago and it had paid huge dividends to him. The way he approached Scripture and then worked his mind with it was incredibly inspiring and I am a better man for being exposed to his instructions. 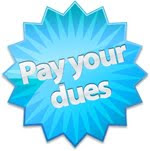 If you are going to accomplish anything great for God it will be because of a disciplined choice to sacrifice the queen, not once or twice, but regularly throughout your life. You cannot afford to buy into the idea that you only have to make one great sacrifice and then you are done. It has to be a constant ongoing process and one of the worst things that can take place in my life is for me to feel as if I have “paid my dues” so to speak.

Sadly, I have known many people in the medical field and now in ministry related circles that stifle their own growth because of an inability to continue to grow spiritually and mentally. They hoard their queens by pulling rank with seniority, refusing any kind of continuing education, preaching old sermons and praying stale prayers. They give themselves to holding grudges, refusing to forgive, and then turning into bitter old souls because life did not meet all of their expectations. I have to battle against that tendency as much as the next man. Furthermore, I am learning the frustrating part of life is that the older that one gets the more of a tendency that there is for this process to take place. You have to do battle with yourself. Sacrifice the Queen!!! 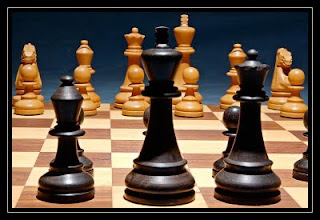 Tomorrow starts a new month and it would be good for all of us to sit down before this day is over and write out a list of goals that we want to accomplish before September 2011 is completed. It may involve sacrificing your “queen.” Maybe I can help nudge you in a direction with some suggestions.

• Watch your spending. Figure out where your money is going. You will get to retirement a lot faster than you anticipate.
• Find some commitments and promises that you unintentionally did not live up to and go at them again.
• Clean off your desk!
• Get rid of the clutter!
• Wash your car.
• Get back on track with memorizing Scripture.
• Get back on track with your praying. Seek to have a life of fervent prayer.
• Preach your own sermons.
• Go see someone who is far advanced beyond you in your particular field and develop a friendship.
• Find some people you need to forgive.
• Spend time with some of the people you have been meaning to spend time with.
• Let go of the unrealistic expectations that you have for others and focus on getting your own backyard clean.
• Get back on your bike.
• Go back to the gym.
• Quit overeating.
• Post new blogs.
• Make sure that Twitter and Facebook are avenues of encouragement and your behavior is ethically clean.

JAMES E. CARNEY said…
Thanks for sharing. SO TRUE
5:48 PM

Tim Fox said…
Just awesome! Thanks for the inspiration. I will take your advice my friend.
7:34 AM