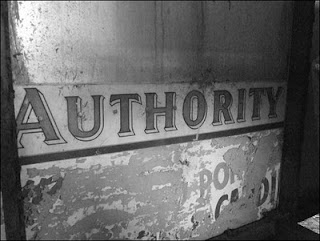 As described yesterday, vocational holiness is the defined boundaries which those men who are in public ministry positions must uphold. There are certain places and things that a pastor cannot do. For instance, I cannot go to one of the local watering holes here in my hometown and say that I am just going to get a Coke. I cannot spend time riding around town with a young attractive twenty-something in my little Civic as this does not fall into the acceptable lines of vocational holiness. I cannot attend events that are unbecoming to the ministry that I am called to fulfill. However, as stated yesterday, this tenor of vocational holiness for ministry leaders can create a host of problems because it causes them to fall into the default mode of holiness by avoidance. Avoidance of certain places, certain people, and certain situations falls far short of God’s high call for holiness.

One of the areas that holiness has to prevail is the area of authority. A pastor, who is also considered a shepherd, has to allow the tools of his trade to be touched by holiness. A shepherd commonly has a staff—used for guidance and direction—and a rod—used for correction and discipline. Just as a shepherd would wield a rod of correction for the sheep, the pastor has to use the rod of correction sometimes to manage and deal with situations that calls for righteous judgment. 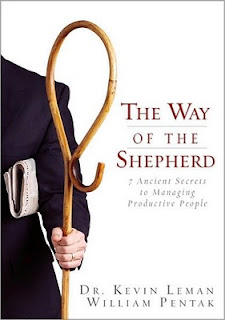 In a little book written by Kevin Leman and William Pentak called The Way of the Shepherd; they make some observations about the rod of the shepherd. A rod that is used too much will lead to a loss of goodwill from the people and a rod that is not used enough or not at all will lead to the loss of their respect. The rod is responsible for three things: protection from predators, protecting the sheep from themselves, and for the work of inspection.

But if a shepherd has only been hired for holiness, he will abuse and misuse the rod in such a way that will destroy the flock. Too much, too soon is never good! However, if that rod has been touched with the holiness of God, the instruction of the Scriptures, and a love for the flock, the shepherd will find a life that is pleasing to God.

Our authority has to have a constant baptism of holiness for if it does not, one can resort to manipulation and political maneuvering. It can lead to the same trap that Diotrephes fell into when he decided he wanted pre-eminence and began to soil the church with his unholy ambitions. No where are the temptations the highest than in the precincts of the structured forms of church government. Power can cause people to do maddening things and it routinely can cause preachers to lose every bit of their sense of spiritual direction. They can begin to jockey for position and for votes because of the subtle temptation to be something in the Temple yard (Matthew 4:5-6).

Authority that is out of control can soon become mired in things that are far less than holy but if a minister is still fulfilling the capacities of vocational holiness it is difficult to deal with out of control authority. How can a minister be certain that he is not falling into the trap of taking authority that is not rightfully his? There are several ominous signs that one is in for a fall when these characteristics are present:

• If a pastor has no one that he is accountable to. All decisions have to come through him for the functionality of the church to continue. A man who operates in this manner will soon become a law unto himself. This holds true for a church of 25 or an organization of 25,000. I encourage you to look for your own historical examples. . . they exist in your own circle of experiences. 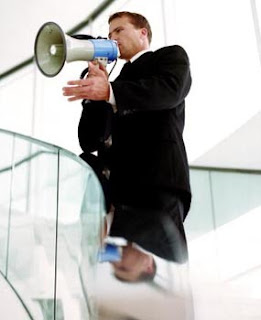 • If a pastor becomes less and less approachable and those who have needs will use a “middle-man” to come to him with difficulties because they are fearful of him, trouble is brewing for this leader.

• If a man increasingly becomes isolated—from criticism, from close personal relationships with ordinary members, and from life in general—this is another sign that failure is on the horizon.

• If a pastor has a congregation that is always deferring their praise toward him instead of God, this calls for alarm.

• If a pastor resorts to politically manipulating young budding ministries and crushing them because he is intimidated by their talents, authority has become too heavy handed.

• If a minister, in his preaching or in his casual conversation, is always the hero of every situation, be careful. . . authority is most likely being abused.

• If a pastor increasingly resorts to stating that the voice of God is speaking to him or the famous “God told me” at the expense of purely Scriptural guidelines, he is in hot water. It matters not a whit to us what “God told you,” if it does not line up with Scripture. . . you are wrong! (For this kind of behavior to be confronted there has to be a strong proficiency to know the Scriptures. One cannot just be acquainted with the stories but he must know the Book.)

These are the steps that the real, literal devil (aka Satan) seeks for a man to follow as he entices him to the pinnacle of the Temple to leap. Uzziah fell like this. Aaron fell like this. A host of others fell to this trap but all the while they were living in correct vocational holiness.

What does real, godly and holy authority look like? He is more than willing to admit his own fallibility. This does not mean he is involved in low-living but just that he has a holy task to fulfill which taxes all of his spiritual senses. Holy authority will be Christ-like in that there is never an attempt to cover his ignorance, weakness, or failure. Holy authority is constantly in a training mode that is making disciples and training others to fulfill our overwhelming task of evangelism. Holy authority has one goal—to encourage a vibrant relationship with Jesus Christ.

We who are leaders must constantly be working toward having a strong exposure to personal, private prayer and a constant diet of the Word. Prayer and the Word are two of the primary ways that God uses to cleanse imperfect vessels. We have to commit both to the discipline and duty of these aspects of worship or it will not be long until we become spiritually vulnerable to mediocrity.