Robert Murray McCheyne—Do not forget the culture of the inner man—I mean of the heart. How diligently the calvary officer keeps his sabre clean and sharp; every stain he rubs off with the greatest care. Remember you are God’s sword, His instrument—I trust a chosen vessel unto Him to bear His name. In great measure, according to the purity and perfections of the instrument, will be the success. It is not great talents God blesses so much as likeness to Jesus. A holy minister is an awful weapon in the hand of God.

A few days ago, I was foraging around the house looking for something to read. I wanted something easy that required little thinking on my part, purely entertaining in its content. My eyes caught a Louis L’Amour western entitled Galloway. Although I had read it years ago, I could not remember the plot and so I launched into it. Before too many pages I started tracking along with the story again.

Galloway is a member of the famous Sackett family and has a brother named Flagan. In the book, they band together with some of their cousins and work to establish a ranch in a place called Shalako and the story revolves around that episode in their lives. I won’t spoil it for you in case you want to pick it up and read it for the first time or the second time.

However, in that book, my thoughts were stimulated when I started reading about the contentious range boss, Bull Dunn, who has a bunch of rowdy roughnecks for sons. Not only are his sons obnoxious bullies they are gifted with an inbred meanness that pours out all the little town of Shalako. To compound their nasty presence, Bull Dunn, hires a couple of killers to tote pistols and intimidate and beat down folks who oppose them.

In consideration of those hired guns, I begin to think about all the jobs that can be hired out—plumbers, electricians, carpenters, accountants, physicians, and preachers. When there are certain jobs that we want done, somebody to hire is never far away from a Google search or those things called phone books.

It was with that understanding that I started thinking along the lines that I, too, am hired to do something. I am now a pastor and our society, despite all the public ministerial collapses that have made national news in the last few years, there is still a certain expectation that they have for a pastor to be “holy.” It is called vocational holiness. . . . and it can be deadly! 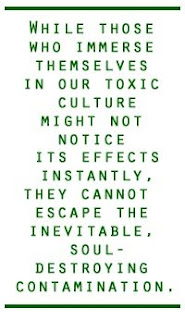 But when you are hired to be holy, you can keep up a public façade outwardly and be a dirty dog inwardly and very few people will know it. That was the driving point the Lord was getting at in Matthew 23 when He begin to call out the Pharisees for who they were. Clean outwardly but putrid inwardly. White outwardly but dead inwardly.

Charles Spurgeon—All our libraries and studies are mere emptiness compared with our closets. We grow, we wax mighty, when we prevail in private prayer.

You see a minister can perform at a level of vocational holiness, which is his job, and never really be holy. He can speak in the religious platitudes that people expect him to fulfill and have a spirit that is totally foreign to God. My mind has been drawn to this ever since I read that little western by L’Amour while at the same time was working through a series on the book of Acts.

Luke tells us that Jesus begin to both do and teach. When it is a part of your teaching is part of your life, much credibility is gained. But when your life is not part of your teaching, trouble can be on the horizon. The old adages, “practice what you preach,” or “walk the talk” are good encouragers that often we teach more with our actions than we do with our words. The same pattern has to take place in the life of all of those who are seeking to be authentic models of godliness. Obviously there are none who are perfect but this mentality should not cause us to throw in the towel and decide to just quit, there has to be a desire and pursuit of a higher level of living.

A minister has an even higher calling in both vocational holiness (the public aspect of ministry) and personal holiness (the aspects of the inner life). Every minister must both do and teach! A crucial part of a minister’s life means that he must be given to being godly and holy. Week-in and week-out there must be a steady diet of the Word and of prayer for every minister. If there is the steady diet of the Word and prayer, spiritual growth is a certainty. It will keep us living in the light of integrity.

A minister has to take great to follow the example set forth by the Lord. There are several reasons that he must be given to a life of character.

First, he endures much more severe temptations than others simply because of the intensity of the spiritual battle. As a spiritual leader there are those who look to his example and the bar needs to remain high.

Secondly, if he falls the impact is often devastating. It can rend a church and the devil is aware that if the shepherd is smitten the sheep will scatter.

Thirdly, because a minister has a greater knowledge of the truth, he is more accountable, and has a greater chastening to endure for his sin.

Fourth, the sins of the elders are more hypocritical than others because they preach against the very sins they commit. Every leader needs an abundance of the grace and power of God because of their greater responsibility and visibility (This list adapted from 1 Timothy commentary by John MacArthur, p. 103).

Darren Shelton said…
Fantastic thoughts! May we always keep our personal relationship with God as the focal point of our existence.
7:00 PM

rtracey said…
Great thought Bro PH, It is so very true. It is easy sometimes to forget that we are the instrument that God is using to accomplish his work here today. If we become tarnished or our relationship with the master grows cold, we will never be able to accomplish our intended purpose.
6:19 AM