- March 19, 2009
A long time ago, I was interested in what George thought. You see, George, and me, and all of his nifty little stats were going to help me do the will of God and build a huge church (thank you, Jesus!!!). George had insight. George had savvy. George was cool. George had his hand on the pulse of America. He knew what the Boomers, Busters, X’ers, Y’ers, and Z’ers thought about the Church, God, and His Book. 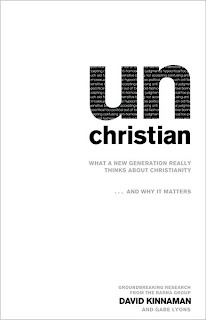 But when Bill repented for following some of George’s ideas, we all stopped and paused for a minute. You see, Bill, had accrued a monstrosity that every “spiritual and motivated” pastor ought to be trying to build. The Willow Creek model (interestingly outdated now) was cutting edge until they found out that very, very little spiritual growth had been going on in their little nexus of spiritual wizardry. In fact, George’s surveys had caused Bill’s sermons to go awry because Bill was questing in hot pursuit the theories that George had found out. However, what Bill did not know was that George was talking to spiritual aliens who did not know beans about God and the Church. Basically what happened was that Bill built a crowd instead of a Church. Huge numbers, parking lots, buildings, and nifty drama and media presentations but low on biblical content and authentic Christianity that little transformation, if any, really took place.

You might think that this opening salvo is tongue-in-check and it probably is but the fact remains that George Barna probably is doing more harm than good. His stats are intriguing to say the least but in reality when you take surveys from people who hardly know God or His Word or how to pray, the answers can mean trouble. What his answers are doing to a lot of good men is causing them to alter the content of the Gospel. Doing so can be about like giving the wrong medicine or treatment regimen to treat a lethal heart rhythm. In the medical world, you do that too often and you will get sued for malpractice but if you do it in the church world, you probably will get an award and great acclimation for being tolerant.

Such is the case with one of the newest books that the Barna Group has published. It is a conglomeration of voices who in the end sound like a wild cacophony that are going to lead me further astray than help me determine what God has in mind for His Church. The accusations are wide-ranging and hot-button and although they may be sincere in the views, they are sincerely wrong.

The survey decides that the Church is too hypocritical and judgmental. To which I would say that any time that one tries to justify sin in their life anything that convicts them of their sin will almost always be accused of hypocrisy and being judgmental. A church that is separated from the world (which is a biblical doctrine) is going to have its share of critics.

The survey decides that the Church is too interested in evangelism. The whole purpose of the Church is for world evangelism. While the “Church” (I use that term very widely and probably too inclusively) sits by and is no longer aggressive with evangelism, the Islamists are working day and night to literally encompass the globe with their own brand of darkness.

The survey decides that the Church is “homophobic” and anti-homosexual. In reality what is occurring is that a strong message is convicting men of their lifestyles and they do not like the call of grace that is longing to transform them. The cry is for tolerance and acceptance when the fact is that no man, no matter how educated or how large his church may be, has the right or ability to change the call for obedience in Scripture. Also, the Church is too political in attempting to stop abortions and call for judges that will at least vote on the side of decency and morality.

By the way, save your money unChristian is a book that will be bottom shelf in a short time. . . .

Larry Gibson said…
Thanks for "spilling the beans" on the book, unChristian. Think I'll spend my book allowance on something more meaningful. :-) As always, enjoy reading your posts.
2:02 PM