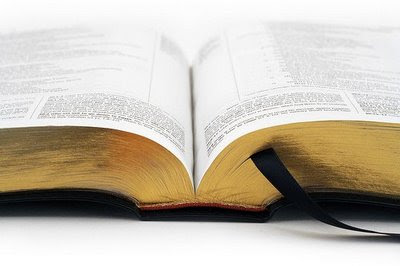 On an e-mail group to which I am a member a question was recently posed by a pastor who had been serving his church for 3 years and was heading into his fourth year. He asked the question, “Can anyone suggest to me a plan for preaching that will cater to spiritual growth?” I believe the question to be a very valuable one and it was more than just a pastor looking for a nifty little sermon series that would appeal to the senses but never really settle the soul.

Good Pentecostal preaching has always been high energy and high octane. Strong doses of encouragement and conviction could come in one message. There have been other times that I have heard messages that were geared toward a single focus that worked well. True Pentecostal preaching is more than just content, it is full of passion and anointing that will generally call for an immediate response in an altar at the conclusion of the message. This is healthy and it is a necessity. Increasingly there are scattered reports among us that let us know that long altar services are becoming a thing of the past. We can ill-afford for this to happen in the Pentecostal movement. Preaching Is Worship!!!!! Preaching is Important!!!!! A response to that preaching is also crucial!!!!

However, the reality of the American culture is that ministers are contending with a largely illiterate group of listeners biblically speaking. It is a troubling fact to know that very few Americans read their Bibles on a regular basis. Even more troubling is the glaring ignorance that is commonly among those who sit on the pews of churches today and identify themselves as Christians. It is demonstrated in the very low-level of discernment among the Church today. Pastors and churches wh

o have low-levels of spiritual discernment will characteristically find a lack of biblical knowledge.

So now the pastor’s role is drastically starting to change concerning the most important thing that he does. I believe that prayer and ministry of the Word are the most important aspects of a pastor’s job description. Curiously there are all sorts of seminars on everything but preaching and prayer. Bookshelves in Christian bookstores are jam packed with many books that seem to address everything but preaching and praying. It seems to me that leadership and church growth conferences need to give way to helping ministers become better prayer-ers and preachers. It is my thought that if our praying and preaching become priorities then the Lord will add to the church daily.

of why churches are ineffective and/or are in decline. His most recent book Essential Church? has motivated some of my thoughts about preaching. They were particularly heightened after I read the pastor’s question on the e-mail group. Rainer identified seven sins of dying churches (pp. 16-19) and three of the faults had to do with preaching. He stated that doctrinal dilution, failure to be relevant (this is in a good way, not the convoluted view of the Emerging Church), and biblical illiteracy. After mulling over these three thoughts, it is my belief that all three of these can be terminated with a strong devotion to the Word and an increased passion for preaching the Word. 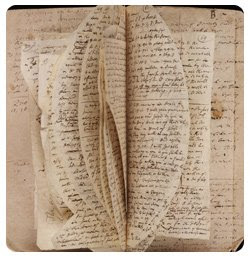 “thought” by which a sermon would be born. I would get a “thought” and then use the text for a spring-board to say what I wanted to say and maybe get around to what God wanted to say. I had my handy-dandy little

notebook with me at all times and used it with great devotion when I went to hear other preachers. Maybe they would drop some nugget and I would be safe for another week. I have been much chastised by the Lord over that in some 10 years ago or so. While I am not completely delivered from topical preaching (yet), I have made much more concentrated effort to dig into the background of the text and then preach it out in a much more biblically and doctrinal manner. It started with a series of consecutively preaching through Ephesians 6:10-18 on the warfare of the saint. Each piece of armor was dealt with and I came away from that exercise with a much greater grasp of what it really meant to be involved in spiritual warfare.

Reaching back into the past, I give you an example of a “sermon” with much embarrassment that I preached years ago after getting a “thought” in prayer. I preached about Jael nailing Sisera’s head to the ground. I called it “Power from Common Tools.” I preached myself into a dither and those that heard it got pretty worked up about it too! We shouted, we ran, and perhaps metaphorically we bit the ceilings, and swung from the ceiling fans (so to speak). The problem was that it was a mile wide and an inch deep and had absolutely nothing to do with the text.

I preached that milk which Jael gave was the Word of God and to defeat the enemy you have to give them the Word. I then said the covering that she used to cover him was prayer and how that we had to cover everything that challenged us with prayer. I then said that the nail she used was symbolic of sacrifice and how that to kill the enemy of God we had to nail him down with personal sacrifice and cross-bearing. Lastly, I said the hammer was worship! Not just any worship but get after it worship, take the devil by storm worship, the charge hell with a little water-pistol worship. I then went into great detail about how that Jael had used common tools for an uncommon victory. The two places I preached it went up in proverbial Holy Ghost smoke. We all left encouraged and stayed that way until we got home. Then nobody could remember what had been preached we all just knew that it had been good. What a travesty to lower preaching to such a pitiful place. I was fully one of those novices that Paul told Timothy to train and look out for.

Through all of these experiences, God was beginning to gently push me in a different direction. I must confess that I still continue to preach topical messages but I try to make absolutely certain that they are biblically accurate and not given to preaching merely for an emotional response.

I have come to believe that the most solid biblical preaching comes from a verse-by-verse rendering and working through the Scriptures. It takes much discipline and it takes a lot of time but for the times we are living in there is a huge famine in the land for the Word. With the next post

, I shall endeavor to tell you some of the ways that I have preached through large portions of Scripture here in Dothan.

I have been told by some that when I blog, I write books! So in honor of that, I am going to try and shorten up these blogs into smaller cuts so that you will perhaps not have brain-lag when you finish reading. . . . More on this thought later. . . . By the way, thanks for stopping by and reading my ramblings. . . . it was good to meet a lot of blog readers at General Conference in Greensboro, NC.

While in the Christian bookstore yesterday I came across a book "He Is Not Silent: Preaching in a Postmodern World" by Albert Mohler. I glanced through it and it seemed to be a very strong call for the preaching of the Word.

What a great sermon idea about Jael! Never thought of that one (or seen it...) I'll try it out.
Lol.

I think most preachers have tried this stuff early on in ministry, unfortunately some never grow out of it.
8:37 AM

Benny said…
these days you dont see many christian ministers coming out openly about the goof ups that they have made in the past...however yours is well explained and serves the purpose of putting us other wannabe preachers on the alert
5:23 AM

What you have said is totally the truth. I have a wonderful pastor that preaches what God gives him not what others want. If we want the word to be preach is has to Come from God so that it is annointed.

I don't like these Garbage Can Preaching from others books or what others want to hear. That is garbage from satan not the Truth from God. When a man of God can hear from God and preach what God has given him that is what I want is to hear what God wants for his church and bride today.

I hope all is well in Dothan,AL