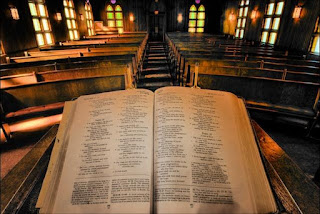 It seems like forever ago that I spent a month blogging about some of the Puritans.  Back in March 2012, I wrote a series of articles on Puritan preaching along with a brief sketch of some of the Puritan preachers.  Those men were Jeremiah Burroughs, Thomas Brooks, Thomas Shepherd, and Thomas Watson.  During the last five years, I have continually drawn from the writings of these men and their works have often been as refreshing to me as an artesian well that watered my soul.  Their commitment to personal holiness, private prayer, and passionate but deep preaching has certainly been a motivation for me.  With that in mind, I have determined to spend another month with the Puritans in hopes that those who read this will make a decision to explore some of the lives and works of these men.

George Swinnock was born in Maidstone, Kent, which is in the country of England.  Maidstone is about thirty miles southeast of London.  When Swinnock was just a kid, his father died and he ended up being raised by a very faithful Puritan uncle, Richard Swinnock.  It was in this home that he saw a very literally an earthly Christian lifestyle.  Those homes were very much steeped in prayer, Bible reading and memorization, singing of the Psalms and other hymns along with church attendance.  One of the prevailing characteristics about the majority of the Puritans was their commitment to a very disciplined and productive work life.  They believed that their spiritual life was to bear fruit and the trajectory of that fruit were well-ordered farms, orchards, and a variety of other businesses such as blacksmithing, pot repair, hand-made clothing that led some of them to be professional tailors.  George Swinnock grew up under his uncle’s influence who encouraged him to spend time in meditation on the Scriptures.  At the moment that spiritual meditation was completed, it was then that prayer was made and the meditation led to resolutions.  But the resolutions were not just empty and idle thoughts but were designed to have some physical application to it so that the world—city life and country living was influenced by the Puritans.  Swinnock would later write, “Meditation is the best beginning of prayer, and prayer is the best conclusion of meditation.” 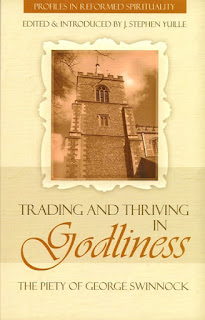 The Puritans valued programs of spiritual education and they often attended what would mirror our modern-day Bible colleges and seminaries.  George Swinnock attended several colleges in Cambridge and Oxford where he was awarded a Bachelor of Arts in 1648 and a Master of Arts in 1650.  In 1651, Swinnock became the pastor of a church in Rickmansworth.  He did so well there that four years later he was appointed to St. Leonard’s Chapel at Aston Clinton in Buckinghamshire.  He would hold one more post before he was ejected because of being a non-conformist.  The place would be Great Kimble, Buckinghamshire, and he would be 34 years old when he was thrown in the storm of governmental persecution that came his way.  Once he was expelled from the church, he became somewhat of a circuit-riding minister at that time.  He met in a host of home churches that were in the private homes of those who resisted the theological bents of the government run church.  He would do that until 1672 when he managed to come back into the pastorate in his native town of Maidstone until his death on November 10, 1673.

If you are not familiar with the Puritans and why they came into existence perhaps a brief sketch of the times might help.  It was basically a holiness movement that began around the 1560’s.  It was a response of English Protestants who felt that Queen Elizabeth had only made some very temporary and basic reforms to the state-run church and that further reform was needed.  William Perkins is described as the father of Puritanism and the name Puritan was a vile, despicable term that was given to them by their opponents.  There was a tendency to place an emphasis on perfection and a high call to personal holiness.  Certainly one would have to admit that it did contribute to a sense of legalism but by and large, it was a revival movement that would have an incredible impact on the spiritual life of its followers.  Obviously, I have some doctrinal differences with the Puritans as many of them were deeply rooted in Reformed theology and later would heartily embrace John Calvin’s theology as well.  However, when I am reading the Puritans it is solely for their devotional emphasis.  Some of the characteristics of that initial movement was a need for strong biblical preaching that had a doctrinal emphasis on it.  The Puritan ministers also stressed, preached and lived a life of personal holiness that was led by the Spirit.  The last matter that they fought against was the rigid formalism that had come into the church.  It was a stifling academic environment that was far more cerebral than it was spiritual. 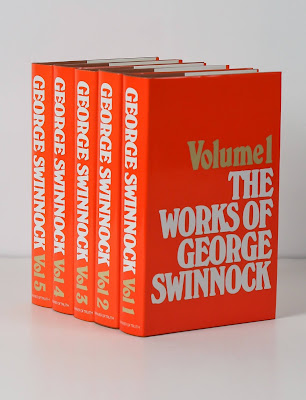 Our need for doctrinal preaching and teaching has never been at a higher level.  We are literally watching American society dissolve almost overnight.  Part of that anomaly has to do with the fact that America is reaping a harvest that began back in the 1960’s and came in the form of a sexual revolution.  It progressed to the ‘70’s with the lawful protection of abortion and most recently the legalization of gay marriage.  So we now are literally living out the harvest of those decisions.  The best biblical picture of where America is at the present is Romans 1.  Just as the Puritans faced persecution in their time from both the government and the state church, we should not think it so strange if we have to endure some of it in the coming days.  That is one of the reasons that I am choosing to write about the Puritans again is because of their strong calls to holiness (“piety” as they called it).  If ever we needed praying preachers and praying churches now is the time for that to take place.  Furthermore, I cannot even begin to tell you of the many times that I have been so sorely convicted by reading the works of these men and understanding the simplicity of gospel living they were committed to.

The major work of George Swinnock is “The Christian Man’s Calling.”  It takes up the first two volumes and a portion of the third volume in a set containing five volumes.  It deals with spiritual disciplines, personal lifestyle, relationships in the home, marriage, and work.  Swinnock tells the Christian Man how he is to respond to prosperity and adversity as well.  He writes of the hostile world that battles against the saint and how he is to respond at the time of death.  I will explore those matters in greater depth.  Included in this series are a variety of sermons and more than 200 pages on the serious of sin.  The description that is given to the Puritans is that they were “specialists in sin.”  That meant that when the preached, they were very much keyed into the eradication of sin in the life of the believer.  Romans 6-8 and the concept of the mortification of sin was a chief subject in their preaching.  I shall look forward to sharing more this month on the Puritans.
Thanks for reading. . . .

Paul B Thomas said…
blessings my brother from Wales. I shall look forward to your insight and teaching on the Puritans
5:38 AM