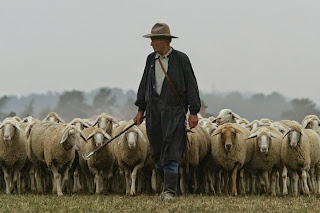 As a leaping off point, look to Romans 16:17-20 from the Message (as a disclaimer, I don’t use the Message as a primary source):

Romans 16:17-20 MSG  One final word of counsel, friends. Keep a sharp eye out for those who take bits and pieces of the teaching that you learned and then use them to make trouble. Give these people a wide berth.  [18]  They have no intention of living for our Master Christ. They're only in this for what they can get out of it, and aren't above using pious sweet talk to dupe unsuspecting innocents.  [19]  And so while there has never been any question about your honesty in these matters--I couldn't be more proud of you!--I want you also to be smart, making sure every "good" thing is the real thing. Don't be gullible in regard to smooth-talking evil. Stay alert like this,  [20]  and before you know it the God of peace will come down on Satan with both feet, stomping him into the dirt. Enjoy the best of Jesus!

I have a fairly wide diversity of readers so whether we are willing to believe in a literal devil or not, our lack of belief does not negate the fact that he is very real.  He is more than just a concept of evil in the mind of a person, he literally makes it a point of slipping in to create disunity, disloyalty, calamities, and arguments between people who are to live peacefully in the setting of the church.  There is a reality of evil in the world and its source is the devil.  He does some of his greatest work in a church when he can get a band of critics all working together.

First, criticism will cause a church to remove itself from the role of outreach, evangelism, ministry, and missions.  One of the things that all of these things will do to a congregation is to keep it on its knees in prayer pleading for the hand of the Lord to sustain them in their efforts.  A lack of prayer will keep a church breathless and powerless.  That is a key element in a church that desires to be revival minded.  Rampant criticism gridlocks a church into a maintenance mentality.

Secondly, criticism does its work on a church by causing its members to soothe the critics instead of confronting them.  Pastors, church leaders, and saints who are afraid to challenge the loudest voices will further undermine the spiritual strength and power that a church needs to fulfil the work of evangelizing the world.  I am one who certainly stands for a pastor to be willing to confront the critics who are working actively against the mission of the church.  Whether the critics are attempting to disrupt the doctrinal beliefs, holiness standards, or general operation of the church, they must be confronted instead of soothed. 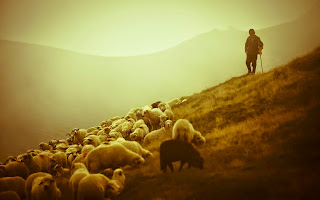 Thirdly, criticism allows sin and evil to simmer and slumber in the church.  It is remarkable how that churches that have critics who are out of control will turn over one pastor after another while dark sins remain hidden in their souls.  The greatest need of the critic is that he/she is in need of a major-league overhaul of their soul.  Generally speaking, some critics have been around long enough that they have a following whom they can energize when they feel the Word and Spirit beginning to do the real work of holy conviction.  This is another avenue that will stymy the forward momentum of a church.

Fourth, criticism allows a constant and underlying tension to live and breathe in the church.  There is rarely a time when the peace of the Spirit works in the lives of those who attend the church.  They are waiting for the next time of conflict to settle in to the life of the church.  If you look at churches like this you rarely find strong, productive saints staying there for any length of time.  Those who are spiritually mature will spiritually discern the challenges that face the church and will quietly move on to another church.

It is my hopes that this series of posts have provoked you to think about yourself and the church that you attend.  May it be far from us to get involved in matters that would keep the church from moving forward because if we ever needed solid churches, it is now.

Unknown said…
Thank you for the very candid blog post regarding criticism. Sadly, too many people/churches do not even know they are actively participating in destructive criticism which is destroying the functionality of the local assembly.

Unknown said…
Thanks for the blog. Very helpful
8:47 AM

MG Smith said…
Love the blog. Trying to catch up to the present...currently in the 2010 posts (it is that good haha).
My blog is at apostolictruthandfire.wordpress.com
8:34 PM