The Best Books on Preaching--Part 7 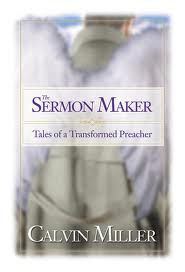 There are a couple of things that I would like to do before I launch into the best books on preaching this week.  First, I would like to extend my thanks to Nate Whitley for giving me the idea for these series of posts on the best books on preaching.  This blog series started when he sent me an e-mail asking me to guest blog on his A Life of Study blog last month.  Secondly, I have ran across some more old J. T. Pugh preaching tapes and have listened to a couple of them over the last few days and find that Brother Pugh was an incredible preacher who had the ability to connect with any group that he was speaking to.  It is remarkable how timeless that his preaching really was.

Today I am going to pick up with a rather light-hearted but fun little book on preaching.  There are books that are extremely academic and technical when it comes to preaching.  Sometimes if you are not careful, you can get lost in all of the minutiae of the writer.  Obviously these kinds of books have their place.  Then there are others that are written in such a way that you are drawn because they follow a story line of a preacher with principles for effective preaching dropped all throughout the book.

Such a book is The Sermon Maker—Tales of aTransformed Preacher by Calvin Miller.  The story centers on Pastor Sam and the greatest, biggest, and most critical shrew of sermon examiners, Miss Emma Johnson.  She seems to take delight in buffeting poor Sam.  He dreads Mondays because he knows that there will be the inevitable call from Emma correcting his grammar, his elocution, his delivery, and his biblical knowledge and content.   Calvin Miller’s description of her is written in such a way that all preachers have to admit that somewhere they have met her.  He describes her like this:

Deep-set eyes, an aquiline nose, and Jeffersonian chin.  Proud, stiff of spine, white orthopedic hose and brown Cuban heels.  She was a relic left over from the Cold War, a Balkan weight lifter who carried a Bible big enough to frighten a Texas evangelist.  Sincere and stout she was—and the oracle of God’s will for Sam’s life.

The very first words that she utters in the book are these:  “Sam, I may not be the one to tell you this, but I feel that God has specifically told me to tell you your preaching is boring.”  So with much hilarity does this little book on preaching begin.  You will be delighted in the humorous tale because of the reality of knowing that deep down you have been in Sam’s shoes at least once or twice.  Here is the good thing about Sam’s plight with preaching; an angel shows up to help him to get better at his task.  Before it is said and down the angel whose name is Sermoniel will have helped Sam get back to the original nature of his calling of preaching.

What Miller has uniquely done with this book is write the story on the right page and then on the left page, he has written his notations that would otherwise be footnotes at the bottom of every page.  But as you read through the book you are reading a fictional story on the right page and getting a homiletics class on the left side.  At the end of the book there are over a hundred citations of multiple books on preaching.

Early on in the process, Sam discovers that his preaching has gone bad because his prayer life has gone bad.  He had lost his rapport with God and his preaching had gotten as dry as last year’s corn shucks.  Here is a bold quote that Calvin Miller adds on the matter of personal prayer and devotion and what its lack does to a preacher: 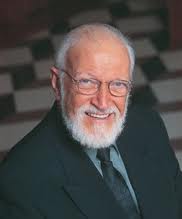 When preachers lose track of God, their sermons get pushier.  Not only that, when God is most absent in their lives, they are all the more present.  The quieter God gets, the louder they get. . . So we lose God when he’s quiet, because we’re too loud.  We run from him when he gets loud, because we cannot stand the storm of his coming.  Either way, we often come to the pulpit without him, having no clear remembrance of our last conversation.

Pastoral ministry is demanding enough with God and it is terribly draining without God.  Somewhere a preacher has to have an old-fashioned altar in his study.  Furthermore it cannot just be there, it has to be used!

Sermoniel, the homiletical angel, shows up at one of Sam’s desperate Saturday night prayer meetings.  While it is humorous to read about, any preacher worth his salt has to confess that he, too, has been in the throes of Saturday night desperation where he poured his soul out in a late night prayer meeting.  Sermoniel gives to Sam the greatest of all the sins of a preacher which is to tell the Truth without being owned by the Truth.  What a statement!  Have you been owned by the Truth?

Miller references James William McClendon Jr. saying that our biography and our theology are inseparable.  What we know about God will be lived out in daily life!  So if you have little knowledge of God, don’t expect much power.  However, if you have a transforming knowledge of God and His Word, you will turn a world upside down.  Christian beliefs are not just a series of facts to be cataloged in some soulful database.  Christian beliefs are living convictions.  Preachers must get conviction into their lives if they expect to make a dent in the spiritual and cultural darkness of America today.  Theology is not what I preach, it is who I am!  Theology is who we are, and who we are is what we preach!

When Sam begins to question how to get his passion back, Sermoniel, who is trying to deliver him from a bad disease called homileticus horribilis, he gives him the following recommendations.

Lastly, I found a great matter brought up by Miller in the idea that a preacher cannot afford to get caught up into the “felt need” trap.  This takes place when a preacher is always preaching to the psychological needs and mini-traumas of normal living.  A preacher who does this will generally be interesting but in the long run the vision that God has for His church is stifled because there is no real progress made in spiritual areas.  People only have their little problems massaged for a little while and are never asked to change but only feel the comfort of God and never the direction of God.  May we all who are preachers be delivered from this deadly evil!!!

While more of a light-hearted book on preaching, I commend it to you for a change of pace from other books that are written on preaching.

Thanks for reading. . .
Book Reviews Preaching

Nate Whitley said…
I love the writing of Calvin Miller. His latest offering "Letters to a Young Pastor" is probably the most impacting book I've read on the life of a pastor. He is poetic, convicting and hilarious. I will have to pick this one up.
2:37 PM

skuntzman said…
Excellent! Now I've got another book to add to my growing list of unread but wanted books. :)
11:51 PM