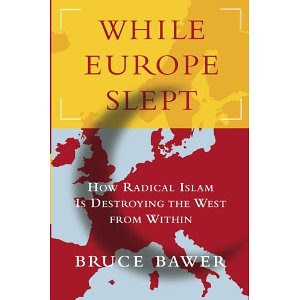 Last year, I was encouraged by two good friends of mine to add Daniel Silva to my reading stack. After listening to them for over a year, I happened to walk into a used bookstore and decided to spend a whole dollar for a somewhat beat-up hard-bound copy of Silva’s The Secret Servant. I was a little surprised at the alacrity that this new author drew me in. It was one of those books that you start in the evening and end up sitting up way too late to see how it ends.

The story was about an Israeli spy who ran throughout Europe thwarting the efforts of Muslim assassins and their plans of destroying democracy. However, what really captured me about Silva’s works was the endnote. Silva listed several sources that he had used to research the background for the book. I subsequently tracked down most of these books and read most of them over about a four month period. 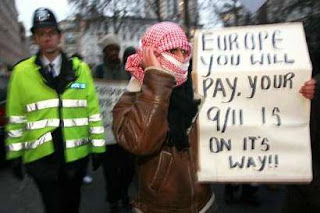 What I discovered was that there has been a growing Muslim influence in Europe over the last thirty years as they have slowly infiltrated geographically by immigration, politically by their fear and intimidation techniques, and religiously by building mosques and developing multiple cell groups that disseminate Islam concepts. This spread of Islam is well-documented by multiple sources although a recent Pew forum seems to suggest it may not be spreading as rapidly as once believed. But despite the fact of the Pew forum stats, one would be foolish to suggest that Europe and for that matter our world has not drastically changed through the ominous influence of the Muslim extremists.

The first book that I read was by Bruce Bawer entitled While Europe Slept—How Radical Islam Is Destroying the West from Within. While I cannot vouch or even condone some of the sinful lifestyle choices of the author, the book is incredibly well written and his documentation is impeccable. He is not just spitting in the wind and pulling numbers out of the sky.

He starts the book telling about the murder of Theo van Gogh. He was killed by a radical Muslim for some of his views on the Koran. Bawer then moves on with extreme precision in documenting events all over Europe and the fear of the media and its politicians to speak out against the radical imams who host mass rallies that encourage violence against Jews, Christians, and other groups whom are perceived to be “infidels.”

Bawer also documents where free speech is coming under fire and it is being outlawed and some writers are being prosecuted because when they bring to attention the violence of the radicals. Be warned that there are some parts of the book where Bawer gets bogged down with stats and lengthy explanations concerning the backgrounds of the various groups on both sides of the issue.

Anonymous said…
Your writings have always provoked me to study, and now you have provoked me to invest my time in reading these books...
Thanks
9:50 PM