The Powerful Pull of Perfection 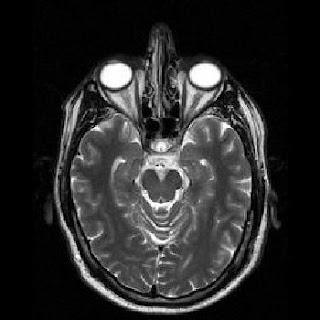 If you have never known it, I pray that you will at some point find it or rather that it will find you. You must understand that the desire for perfection also has some ominous undercurrents because the demands it has are only embraced by a hearty few. It has collapsed many who could not withstand the gnawing, relentless passion that hunger for perfection created. But that noble few who believed it, sought it, pursued it, and disciplined themselves to it, perfection crowned them in the end. 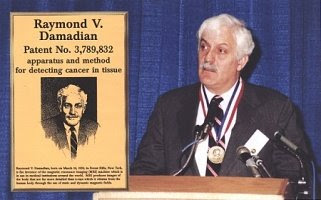 Raymond Damadian is a name that few recognize and yet his story and his achievements changed the world. In the early 1970’s politicians started looking toward a problem that faced not just the American nation but the world at large. It was an ominous challenge called cancer. The money started flowing in the direction of companies involved in research that was searching for a cure. But Raymond Damadian was a man who had no funding, no support, but had an indomitable will to do something worthy of his calling in the field of medicine.

He gave himself to the task of finding a way to detect cancer in its earliest stages. He believed that one could see into the human body in a cross-sectional way (as one would slice a deli ham) with very fine detail. He believed that all of the internal organs could be seen in such a way. His real clincher was that it could be done without the use of x-rays. People laughed him out of town. It can’t be done, they said. Others mocked saying “You are a dreamer.” But he worked on deep into the long nights and would be back up again early in the mornings. Working on a shoe-string budget, he pushed himself and his students relentlessly to come up with a system that could do this.

He tinkered with magnetic fields because in his mind he thought that if a strong enough magnetic field was created it would make all the atoms in the body to line up like toy soldiers. He believed the atoms would respond and align themselves with the positive on one end and the negative on the other end. Through many flops and failures over time this is exactly what he did. He built a machine that created a magnetic force that would create data that could be fed into a computer to form an exact replica of what was inside the human body. The computer would take the data and form images that highly skilled radiologists could interpret and diagnose disease processes within the human body.

Because he was working basically as a solo inventor, he did not nearly have the resources that the huge corporations had in their coffers. Because he lacked financial backing, he had to resort to some unorthodox means to make money. So he ended up taking his invention to county and state fairs and would charge people to see the machine that would change the whole world of medicine. While you probably do not know Raymond Damadian, you do know about his machine called Magnetic Resonance Imaging or MRI. The MRI is one of the savviest tools that a physician has at his hands to make a diagnosis.

This is a great example of the pursuit of perfection. It is a pressing on despite the challenges, the hindrances, the ridicule, the weariness, and the set-backs. You do not become perfect simply because you want it but rather because you pursue it and never back away from the heights of the mountains that other think are un-scalable.

It takes remarkable courage to trudge on where no other person has ever been before. While most people applaud Dr. Damadian now, he had very, very few who were cheering him on during the times when he needed it the most. That is where the hunger for perfection or excellence keys into the equation. Every person that I have ever met who hungered for perfection or had a desire for excellence also had an accompanying passion for what they were doing. That passion fueled their dreams but it also drove them when they were weary and discouraged along the way. They simply trudged on regardless of what their critics told them or what their own mind told them. This is the reach for perfection. . . .

scott baham said…
Great article and post ......read it several weeks ago, when are you gonna post again?