- January 24, 2008
A few days ago, I spent some time with a couple of the disasters that are coming from the . I took a little time to point out two of the problems that are very subtly finding their way into our churches. Doctrinal indifference has found its way in to pulpits who are concerned with “ministering” to “felt needs.” This style of preaching caters to the idea that the folks in the pews are stressed out and need to find some “word” of encouragement for “relevant” living. Furthermore they do not need to be exposed to the heaviness of doctrine and other ideas that are present in the Word of God. 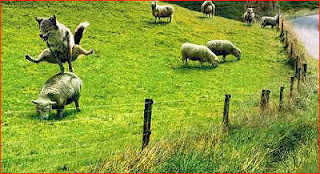 Doctrine is too deep and unnecessary for we should just “love Jesus”, so they say. But as one looks to the owner’s manual of preaching/pastoral ministry in the pastoral epistles, Paul declared that the very first and primary reason for Scripture was doctrine (2 Timothy 3:16-17). As you read through this passage you also discover that for a righteous man to be thoroughly furnished that the preaching he hears will contain doctrine, reproof, correction, and instruction in righteousness. If this is not a part of the steady stream of Word that a congregation is receiving, its immune system will not be at an optimal level to ward off the spiritual diseases that are so prevalent. Brothers, we must preach the Doctrine of the Apostles! I might also add that all of these categories that Paul listed are low on the list in far too many places today.

Secondly, a false sense of humility tries to efface itself in the face of certainty. The Emergents say that no-one can be really certain about salvation. Doug Pagitt, one of the Emergent ringleaders, has endorsed and incorporated the use of yoga with prayer. Talk about another spirit! However, when he was confronted by this exact thought, he hedged and questioned if one could even know for certain that those who practice Eastern mysticism are lost. It appears to me that Pagitt’s familiarity with the Bible is at an all-time low. On the other hand, when you have a very low regard of Scripture as many Emergents do, we should not be surprised at such ideations.

This brings me to the third point the Emergents are doing: They are mocking a strong and solid Biblical message.

Rob Bell, another one of the highly read authors of the , along with his wife was quoted in Christianity Today with the following statement: 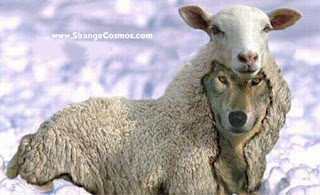 "Life in the church had become so small," Kristen says. "It had worked for me for a long time. Then it stopped working." The Bells started questioning their assumptions about the Bible itself—"discovering the Bible as a human product," as Rob puts it, rather than the product of divine fiat. "The Bible is still in the center for us," Rob says, "but it's a different kind of center. We want to embrace mystery, rather than conquer it."

"I grew up thinking that we've figured out the Bible," Kristen says, "that we knew what it means. Now I have no idea what most of it means. And yet I feel like life is big again—like life used to be black and white, and now it's in color." [Andy Crouch, "The Emergent Mystique," Christianity Today (November 2004).]

This was about the time (2004) that Rob Bell’s books begin to hit and they were almost gobbled up like candy. It appealed to a younger generation that was at odds with the operation of church life. It appealed to those who knew little oHowever, when you are greatly uncertain about the Word of God it will be cause you to seek out other alternatives. ’s NOOMA video series was also widely accepted and the pied piper of the Emergents was in business. In addition to ’s material, Brian Maclaren has literally emasculated Paul’s epistles in many of his books.

Some may wonder why I am spending this much time perhaps provoking your mind and your spirit with to tone of these last two blog entries. The answer is very simple, I am hoping to at least encourage your sense of discernment.

Consider this following video which is a parody of Rob Bell’s NOOMA “Bullhorn Guy” which is a far reach in itself to get the church to soft soap its message. This parody is called “Bullwhip Guy” and sadly this clip may be a parody for those who really believe an absolute message but it is truth for the Emergents.

So the Emergents simper that I am a Pharisee because I believe in a solid, Scriptural plan that calls for a sense of holiness and separation from the world. Now they are raging that in addition to being a Pharisee, I am a “Bullwhip Guy.” I can’t seem to win for losing but one thing is for certain, they may change their characterizations of me but I am certainly not going to change my message to accommodate them!

God Bless and lets have revival!!!!

Anonymous said…
Let the record show that there is a voice that shouts against a wind of doctrine.

Anonymous said…
thank you for letting the people know such things as this.and this is the way were i live.my surroundings
9:11 AM

Don Ryan said…
PH-
There are a few things I do like about the emergents; specifically their emphasis on deconstructing tradition for traditions sake. Having said that, I am in complete agreement that as they question all traditions, even those with a scriptural foundation, they cease to be the body of Christ as they are no longer connected to the head. The Method is not sacred. The Message is. Good posts.

Anonymous said…
You have an outstanding, helpful blog! Thank you taking the time to write and share with the world. Keep up the great work!
9:00 AM