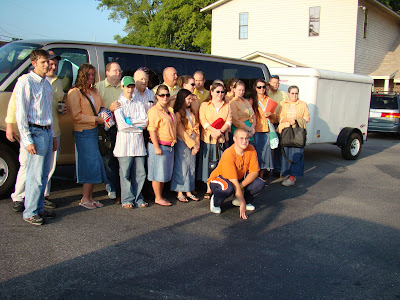 We left this morning at exactly 7:17 AM. This is a very remarkable feat considering that the only person that we were waiting on was Chad Kirkland. Although he wasn’t late, we were all there prior to 7:00 AM. There was quite a sendoff party from the church.

Operation is now in earnest. Leading up to this missions trip the vast majority of the 21 going spent time in a called 40-day fast that was orchestrated by Mike and Jill Patterson the resident UPCI missionaries in Romania. During these 40-days, a number of our team gave up coffee, sweets, carbonated drinks, and a few hearty souls did not eat meat. In addition to all of this there was a concentrated effort that was spent in prayer for revival to occur in and for the crusade that will begin in on Friday. 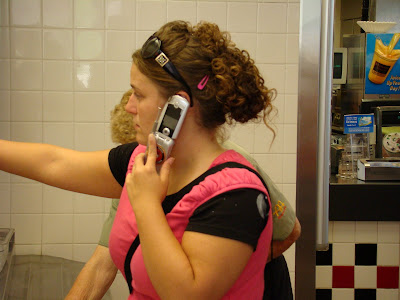 Leading up to this there was an incredible dedication of the church body in , who worked tirelessly to help send the group to . Cutlery was sold, after-service dinners, BBQ dinners, and other projects. In addition to these efforts, there were some who simply gave money to us in a sacrificial manner to help us to go. To the Dothan Bunch, while you are not literally “with” us, you are here in spirit with us. I salute those who I can remember who helped and I am certain that I will leave some out (if I left your name out, zip me an e-mail and I will gladly place your name on the Barnabas Blog). 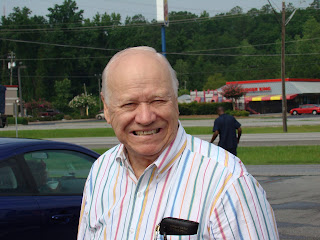 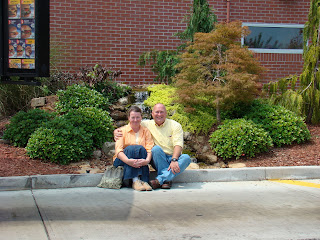 They sent us off last night (Sunday PM) with a very moving service. Sister Paramore embroidered some handkerchiefs and the saints of the church anointed them with oil and prayed earnestly over them. Later in the service after we had taken communion, there was a huge commissioning of the 21 as the church laid hands on them and again prayed with great anointing and power. Needless to say for the Romanian crew, it was a very moving time. We feel confident that God has His hands on us.

The vans rolled along well and we hit around 9:00 AM. After stopping at McDonald’s 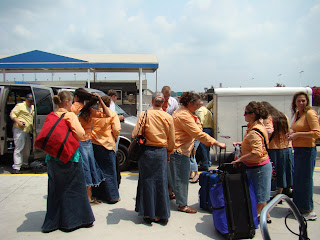 for biscuits and other necessary “things” we started rolling on toward . We arrived in around 10:30 AM and stopped again at McDonald’s for more food and more necessary “things.” While we were at the McDonald’s, Brother John Cureton and I found a little place that we thought might bolster some bravery for the flight. But after some second thoughts we thought better of it and decided against the taking of a little wine for our stomach’s sake. 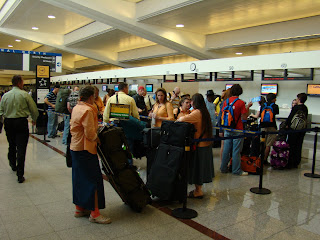 Shortly thereafter, we arrived at ’s . We unloaded the trailers and begin to go through the check-in process for luggage and passports. Although every thing went smoothly there were a few hitches. Teresa forgot her driver’s license and after a few tense moments, we discovered that we would not need it. However, one of our suitcases was too heavy and we had to open it up in front of quite a crowd and shift some of the stuff around. I feel certain that all watching enjoyed the show but we weren’t watching the crowd we were too intently focused on getting our luggage weight in the right range.

After the check-in at the Lufthansa counter we 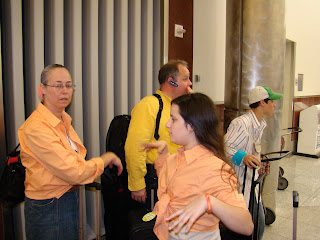 had to go through the customs area. This turned into to quite a deal. The vast majority of us had to pull off our shoes and those who did not have on socks had to parade through the corridor with the grace of bare-footed yard-dogs. Most all of us went through without a hitch except for Stacey and Teresa. They looked pretty impressive as they were “wanded” to find out what set off the monitors.

The difficulty in all of this whole process is the rushed feeling that we had. There were people waiting behind us while we were trying to get all of our carry on luggage through the process. It was a wild fifteen minutes but we made it through. Another humorous thing that happened was when Annette McCoy misplaced her ticket when we were going through security. As she frantically looked for her ticket, the Security man said to her, “It’s okay ma’am, just calm down.” She ended up finding her ticket under the conveyor deal a 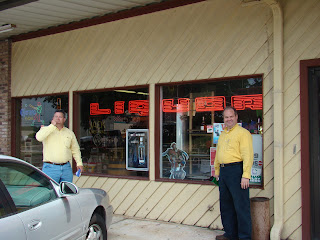 We are now waiting at Gate E-28. It appears that we have about another hour and twenty minutes to board the plane and then head east to .

Miscellaneous comments that I heard along the way:

Annette McCoy -- “I got so stressed at the processing gate that I have a pounding headache.”

Rhonda Lewis -- “I hope someone knows where to go because I sure don’t.”

John Cureton -- “My lunch shall be very light so that I do not embarrass myself on the flight.”

Philip Harrelson -- “I shall resort to pain and agony if you do this again.” (Said to Nathan when he tried to board an escalator that was going to U. S. Customs instead of the E-Gates.)

Finally, to the hearty souls that are in , we covet your prayers while we are gone. We are honored to be part of a great church family!!!!!!

Terry said…
It sounds like things went semi-smoothly getting on the plane. I pray the flight was smooth and less eventful. I can not wait to hear how things are going with you guys in Romania. Keep us folk in LA (Lower Alabama) posted as often as possible. Bro.Mullen
2:38 PM

Anonymous said…
Hey Bro. we have been praying for you guys since you left. We prayed for you last night and felt burdened for all of you today. Make sure you send plenty of pictures......David Goodwin
2:56 PM

Anonymous said…
HELLO EVERYONE.
WELL, HOW WAS THAT PLANE RIDE? GOOD I BET..RHONDA, HOPE YOU HAD A GOOD TRIP...JAY, I TRIED SEVERAL TIME TO CALL YOU BACK BUT COULD NOT GET THE #'S TO GO THROUGH...THIS IS A WONDERFUL THING BRO. PHILLIP THAT YOU CAN DO THIS SO WE DO HEAR FROM ALL OF YOU..GOD BLESS YOU ALL.
LOVE TO ALL.
MARY JOHN, KAYLA & MATTHEW
9:11 PM

Anonymous said…
Sounds like you are all off to a great start. You will be in our prayers throughout the days to come. Looking forward to hearing all of the great things that the Lord will be doing while y'all are there.
6:56 AM

Anonymous said…
Looks like you are having a great time. I am praying for your health and security and for your spiritual input in this crusade.
Love from Joann Patterson in Dothan, Al on this Wednesday morning July 11
9:22 AM

Anonymous said…
Hey! So glad to hear from you! John and I, as well as Rebekah and Jonathan, are praying and fasting for you guys. Can't wait until the next blog. Love and prayers from John, Renee, Rebekah, Jonathan and Sarah
10:57 AM