From the previous posts, we are gaining an understanding that spiritual growth will not simply happen in one’s life but it is something that has to be pursued on a daily basis. How much we pursue this goal greatly affects what sort of relationship that we will have with God.

John Bunyan, long dead, but having the ability to speak beyond his grave through his writings has greatly impacted my own personal walk with God. He is most famous for his great work Pilgrim’s Progress. However, he was written another classic work that is less recognized but almost just as significant as the first. It is entitled Holy War. You would do yourself well to read both of these allegories.

Just outside the gates of Mansoul, Diabolus sat down in a hellish huddle with his comrades and they begin to discuss the best course of action to gain access. 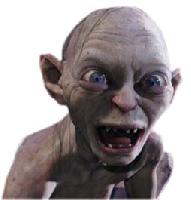 The devious demons decided that the best approach would first be to approach through the Ear-Gate. Once this was determined, then Mr. Ill-Pause, the ambassador and spokesman for Diabolus began his great piece of oration that caused the men of Mansoul to compromise the Ear-Gate. “Hath God said. . .” Shortly, they begin to eat from the fatal fruit whose lasting effects still touch us today.

“Hath God Said???” This was the first line that Satan approached Eve with on that day so very long ago yet in reality only a short time ago. The Ear-Gate was assaulted with doubt. In the end, Captain Resistance lay dead at the feet of Diabolus consumed by one of Tisiphone’s arrows. Shortly thereafter, Lord Innocency fell dead in his tracks. Once Resistance had been felled and the enemy had gained a foothold, Innocence of Mansoul was lost.

Truth has almost disappeared from the landscape of the American church today. Truth has been replaced with a sense of humanistic “fairness” that claims that one absolute truth is not good enough. Apparently, they say, because God has a sense of justice and “fairness” then He will have an alternative plan to help fix the problem of human depravity. There is only a very slight but fatal error with that frame of thought. . . . It is not based on the truth of Scripture and therefore it is wrong. A half-truth is still a whole lie. Mr. Ill-Pause has been using this line for thousands of years now with very good success.

We must be very careful to guard the Ear-Gate. What we hear has the great capacity to effect the decisions that we make in life and the very direction of our own eternal destinies.

The great question for this post: What is entering your life through your Ear-Gate? I realize that some will immediately evaluate (at least I hope you will) what this world is erroneously telling you.

The great question: What is entering your life through your Ear-Gate? Discernment is an imperative during our day. We must pay attention to the words that are being sent in our direction.

What voices are you hearing?