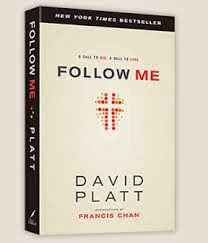 The book coming in at #4 was another one of the $5 books that I purchased at Family Christian back in April.  I love books and I especially love good deals on books.  Since I had previously read David Platt’s book Radical and was very challenged by it, I thought this book would probably do the same thing.  It often does us well to remember the old statement, “You are who you will be now in five years except for the books you read and the people you meet.”  The older that you get and the longer the tenure in ministry there can be a tendency to just settle in and put things on cruise control and just enjoy life.  My brothers, we ought to push against this kind of attitude!  We are here for a purpose and that is to extend the kingdom of God. David Platt’s books can make those who are in cruise control become uncomfortable and even defensive.  That is why we need books like this!

Platt has a unique way of grabbing you by the throat in the very outset of his books.  He did this in Radical with his account of preaching overseas and they kept asking him to preach to them even when he had gone through his forty-minute little set of notes.  Finally he just opens the Bible and starts working through it.  The outcome was a four hour sermon to these people who were meeting secretly.  He uses the same method in Follow Me.  He opens the book with a story about a Muslim who converted to Christianity and the jeopardy it put her life in because of her conversion.

The other matter that I greatly applaud Platt for is the courage he has to take on the so-called “sinner’s prayer” and how unbiblical that it is.  Surprisingly he does not shy away from the common evanjellycal myth of “asking Jesus into your heart,” “invite Christ into your life,” and “repeat this prayer after me.”  He calls it Kool-Aid for the massive amounts of unconverted people who have been terribly deceived about the condition of their soul and the status of their salvation.

All through the book, Platt has some very important but troubling statistics that have been gathered by the Gallup Poll.  I personally believe that you should familiarize yourself with the stats so you can really see that the American “church” is terribly ill despite what all the trappings and the spin doctors are saying. 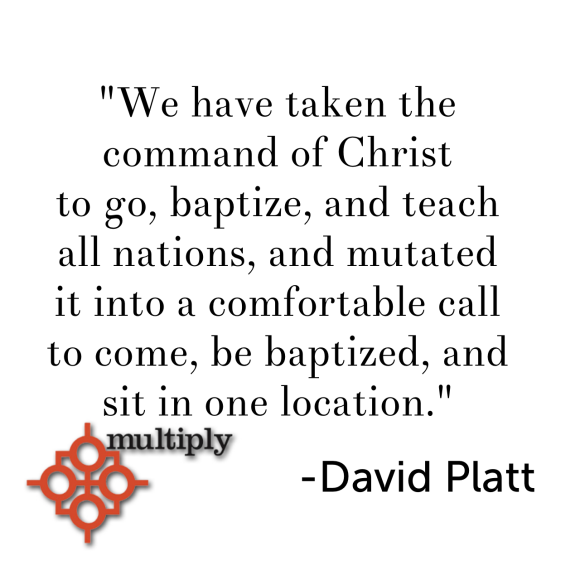 Another matter that you will find encouragement in this book comes in the nature of preaching.  Platt’s work will encourage all of us who are pastors and preach on a regular basis to figure out if we are going to preach the Word or continue to pass out topical preaching that is comparable to the fast-food with its high-calories and low nutrient value.  Topical preaching such as the four planks to hold your life together stuff.  I am pleading with you to get your Bible out and start a disciplined march through long passages that will totally change your preaching and the taste of the folks in the pews where you pastor.  Platt takes on a booger-bear when he moves into the “God hates the sin but loves the sinner” area.  If you only buy the book for that explanation, you ought to do it.  The discussion is found on pp. 41-44 and when you read it, if it does not incite a passion in you toward evangelism, the case is hopeless.  God is very serious about this matter of sin in my life and in yours.

I commend this book to you in hopes that it will ratchet up your understanding of your responsibility to do what God has called us to do!