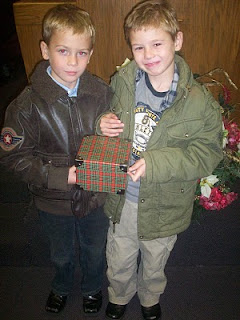 Every year for the past 43 years our church has participated in the annual Christmas for Christ offering. It is the main force that helps fund the Home Missions Department of the United Pentecostal Church to start new churches around the United States. We make a big deal about it and wrap up our offerings in Christmas wrappings and try to give our best gift to the Lord so that somehow and somewhere a church can be planted. After placing our gifts around the altar area, the whole church prays over what we have given.

This year we did something a little different with our promotions. Director Carlton Coon and his team put together a DVD with four clips that ranged from about three minutes to seven minutes or so that focused on the history of the CFC program and some of the accomplishments of several church planters around the nation. With those clips, instead of an instrumental while we were receiving the offering, I played those clips. The last one that we used was sort of a “highlights” clip that spotlighted a church planter in Louisiana and another in Chicago. Both of the segments were quite moving and if you have any desire at all to be involved in reaching lost people this was a shot in the arm. It was also a provocation to look at priorities and consider where the best gift ought to go this Christmas season.

What I did not know was that during these four Sunday nights that two boys were intently watching Director Carlton Coon as he navigated us through history and the impact that church planters make on communities. Two boys, Josh and Alex, were on the verge of doing something that would reach out and change the world and probably change the course of their lives for the future. I believe that when kids are touched early on in the church that God has a way of setting their lives in a direction for Christian ministry.

Josh and Alex have faced incredible odds most of their lives. Without a lot of details, suffice it to say that their world has been very unstable as far as their home life goes. Jerked about from pillar to post and living behind the proverbial eight-ball, nothing has been easy for them. If I were to write about all of the calamities they have gone through in their short lives, I have no doubt that you would be weeping as you read through their troubled tale. Despite that, somewhere along the way the grace of God stepped in and slowly began to turn things around for them. Now there are warm beds and hot meals and clean clothes. Grandparents now provide some stability for Josh and Alex and also for their little sister Maddie, who is two.

About two years ago when their grandmother gained custody of Josh and Alex and Maddie, she and Mark, begin bringing them to church. I would notice that during our old-fashioned Pentecostal altar services that both of these little guys would be fervently praying the best way a seven and nine year old could pray. I had no doubt that God was touching them and helping them in ways that neither their grandmother nor our church could. I also noticed that there were several times that they would follow Brother Patterson around the platform while he was praying for people and take in all that was going on. I also noticed that there were times that Josh and Alex would cling to Brother Patterson and a few times to me. We would both pray for these little fellows and I suppose that my praying for them was more out of desperation than faith because I knew some of the sordid details they had to live with.

Josh and Alex’s grandparents save their change throughout the year and when the year is over, they give the change to the boys so that they can go and buy Christmas gifts for others. Last week, Josh and Alex approached their grandmother and asked her if they could give that money to Christmas for Christ. I think that their grandmother was as shocked and surprised by their request as I was when it was related to me.

So last night, they brought their little box to the altar and laid it up there. I saw it, Brother Patterson saw it, our church saw it but others saw it too! Heaven was watching last night, God saw, the angels saw, and that great cloud of witnesses mentioned in Hebrews 12, they saw it too. Two boys with a box had no idea who all was watching because they were caught up in the innocence of true sacrifice. They heard a story from Chicago about a church planter pulling a drug-dealer out of the depths of sin and something clicked in their little hearts. We have to get involved they thought. How shall we do it? Somewhere in the plotting and planning of the small world they live in, it came to them, our box, and our money. But it is not really our box, it is God’s box, and it is God’s money. So why don’t we give it back to him?

This is how God builds churches, this is how God reaches the world, and He works in the grass-roots. Josh and Alex are part of the bunch that Elijah never saw when God told him that there were some who had never bowed to Baal.

Most of us don’t know what to buy our families for Christmas because we have far more than enough. iPads, iPhones, and iStuff have a way of choking the life out of our souls. We are like that barn-building fool who Jesus spoke of that had so much that he was going to tear down his barn and build a bigger one to hold his stuff.

Last night, Josh and Alex gave every bit that they had to the cause of Christ. 56 and change will go a long way to accomplishing something in Philadelphia, New York, Pittsburgh, and other metro areas here in America. I have a feeling that 56 and change will confront some of us at judgment.

What if every member of your church gave 56 and change this year for Christmas for Christ?
at December 13, 2010 2 comments: 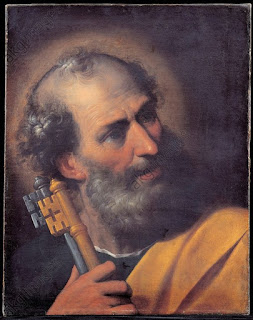