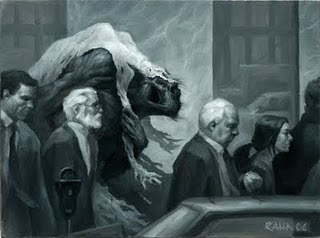 We have come to the end of this series on the Puritans. Having spent the last month describing the preaching of the Puritans and then working with Thomas Shepard and Thomas Brooks, it is my hope that you will invest some time and energy in reading the rich material that these men have given. There is no possible way to give the rest of the devices of the devil from Brooks’ Precious Remedies from Satan’s Devices, so I will pull one more of them and summarize it as we did in the last post.

As you can see Brooks had great proficiency with Scripture and had an ability to make it be very applicable to the daily walk of the believer. I am pulling from the list of twenty-five devices of Satan is the fifth one under the heading of “devices to pull the soul into sin.” This device speaks so clearly to our day. In a day when sin is prevalent under the big tent of Christianity, Brooks has pegged it quite well with this device.


DEVICE #5: To present God to the soul as one all made up with mercy. The devil will say, “You need not to make so much of the matter of sin that you need to be fearful of it. You can get by with it because God is full of mercy. He delights in it and is ready to show it with every sin that is committed. God is never weary of showing mercy and he is more willing to pardon than to consign a soul to perish. He will not take advantage against the soul of a man who has a little matter of sin.”

REMEDY#1: Consider that the greatest judgment in the world is to be left to the practice of sin but without any convicting call from God or His Word. Woe to him at whose sins God will wink at and ignore as if it doesn’t even bother him. When God lets the way to destruction become a smooth path with pleasant scenery; that is a form of hell before a man ever gets there. In fact it may be a sign of God’s rejection when there is no conviction of sin. . . Ephraim has joined himself to idols, leave him alone! (Hosea 4:7). . . It is another terrible thing when God says, “So I gave them up unto their own hearts’ lust, and they walked in their own counsels (Psalm 86:12). A soul given up to sin is a soul ripe for hell, a soul listing toward destruction. 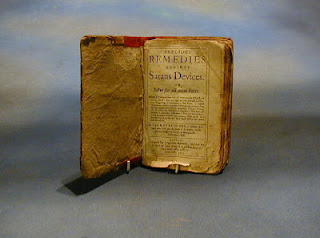 REMEDY #2: Solemnly consider that God is as just as he is merciful. As the Scriptures speak of him as being a very merciful God, they also speak of him as being a very just God. Witness his casting the angels out of heaven (2 Peter 2:4-6) and his binding them in chains of darkness until the judgment of the great day. Look at him casting Adam out of paradise, his drowning of the old world, his raining hell down out of heaven upon Sodom. Take a look at the crosses, losses, sicknesses, and diseases that are in the world and then consider that he said that the treasuring up of wrath against the day of wrath unto the revelation of the just judgments of God.

REMEDY #3: Seriously consider that the sins against mercy will bring the greatest and most fearful and most sore judgments on the heads and hearts of men. . . God is like a prince that sends his army against the rebels before he has sent any form of pardon to them. First he hangs out the white flag of mercy and if this wins the rebels to surrender they are happy forever. But if they stand against the white flag of mercy, then God will put forth his red flag of justice and judgment. . . They who abuse mercy become the greatest objects of the wrath of God. . . To the slight and pitiful souls who abuse mercy, consider that the plagues that God afflicts with are usually spiritual in nature. Blinded minds, hardness of heart, a seared conscience all of which are ten thousand times worse than the most terrible of outward plagues that may come to a man.

REMEDY #4: Consider that though God’s general mercy is over all of his works, there is a special mercy confined to those that are divinely qualified. . . . When the devil tries to draw men in to sin by presenting God as one made up only of mercy, reply to him that mercy has qualifications and prerequisites to that love him and keep his commandments. Their trust in him, their hope in him and their commitment to him has much to do with the measure of mercy that is sent to them.

REMEDY #5: Consider that those who were once glorious on earth and are now celebrating in heaven, looked on the mercy of God as the most powerful argument to preserve them from sin. Their view of the mercy of God was that it was a fence to their souls against sin and not an encouragement to sin! . . . Joseph strengthens himself against sin by remembering mercy, “How can I do this great wickedness and sin against God?”. . . The devil knocked often at his door but the sight of mercy would not allow Joseph to open up that door. Joseph was a like a pearl in a mud puddle and he kept his virtue in the darkest of states. . . . Paul asked, “Will we continue in sin that grace may abound?” and he answered in a flash, “God forbid! How shall we who are dead to sin live any longer therein?” (Romans 6:1-2). There is nothing in the world that renders a man more unlike a saint and more like Satan than to argue from mercy to sinful liberty; from divine goodness to fleshly licentiousness. This is the devil’s logic and the man who practices this may have stamped on his forehead, “This soul is lost!” A man may as truly say, the sea burns, or fire cools, as that free grace and mercy should make a soul truly gracious to do wicked things. So Paul tells us, “I beseech you therefore, brethren, by the mercies of God, that ye present your bodies a living sacrifice, holy, acceptable unto God, which is your reasonable service (Romans 12:1). . . Those choice favors and mercies the apostles hold forth as the greatest means to preserve our soul against sin should cause us to keep the greatest distance from the work of sin.

As you can see, Thomas Brooks worked diligently to make doctrine applicable to daily living. He refused to let it degenerate into dull formalism. I can confidently say that if you incorporate Brooks into your devotional life there will be great benefits from his work.