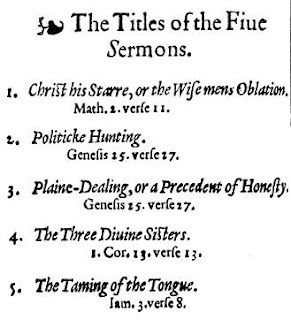 In spending this month with the Puritans, I think an exploration of their preaching both the love for and the discipline they had for preaching warrants our attention. Many of these Puritans actually developed their ministries of preaching through a very interesting means. Most of these men were not the primary pastor of the churches where they originated from in England in the 1600’s.

During that period of time, the control of the church and the pulpits was accomplished by the government. The king and his established state church, the Church of England, were what controlled the pastors of the churches. It was dictated to them who was to be the pastor (curate), how long his tenure would be, where it would be, what they would preach, and the overall operation of the church. For those men who refused the state control of the church, they became known as the Non-Conformists, evolving into the role that the Puritans would play in that era of time.

There were a long line of kings and one queen who spent some of their actions tormenting the Puritans. It began with Henry VIII and included Edward VI and James I. However there were two queens who were bloodthirsty to purge the land of these preachers and did their very best to accomplish this—Mary Tudor and Elizabeth I were frantic with their efforts at persecution. Additionally Cardinal Wolsey, Thomas Cranmer, and William Laud were on the religious side of the equation and they also vociferously opposed these preachers by burning their books, imprisoning them, and generally making life miserable for them and their families.

It is interesting to discover how some of these men came to be preachers. They were generally what we could commonly call “fill-ins” because few of them once they began to dissent from the state church were allowed to pastor churches. So in the morning and evening services, the state-controlled pastor would preach and fulfill his roles in the church. But when the afternoon came, the people would re-convene and a Puritan would be allowed to preach in services that had sermons lasting as long as two hours on a regular basis. Some of the surviving material of the Puritans were these sermons that these men preached to those people who came to hear them. Their preaching was heart-felt, biblically oriented, and called for conversion.

If you have a congregation that loves the Word of God, that virtue will make a man a better preacher because of the expectation of the people. They will literally pull out of him the fruit that comes from the Bible. Both the Puritans and those who heard them preach did not believe the Church of England had reformed enough and they were constantly working toward reformation and revival among this group of people. Their preaching for reform worked to get the Bible into every single aspect of their lives. This desire to do this created an intense love and passion for preaching. 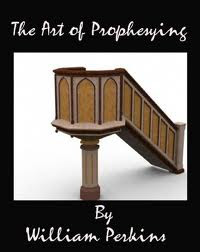 William Perkins, who is commonly referred to as the father of the Puritans, wrote a book called The Art of Prophecying that encouraged men to develop both soul and mind to articulate with great accuracy and skill the principles of the Word of God. His book had a huge influence on the Puritan preachers of that era. In fact, if there is a classic preaching manual that was developed during the time of the Puritans, Perkin’s book would fit the bill. We will explore the impact of Perkins a little later this month.

The Primacy of Preaching

When we use the word “primacy” of preaching we mean by as the state of being first or foremost. The Puritans took the charge of 2 Timothy 4 to preach the word very seriously. It was the very work of their life. They also believed that the charge to preach was also very closely related to the character of their lives. This is why the Puritans were so fierce about their protection and pursuit of holiness. They believed that their preaching was God at work to convert sinners and to lead the way toward the sanctification of their hearers.

The necessity of preaching caused the Puritans to actually preach sermons on why preaching was important and how that one should listen to a sermon. Can you even begin to imagine preaching a sermon on this subject in our generation? It would probably be received with much suspicion and accusations of being self-serving. On the other hand, you might be greatly surprised at the impact it would have on the congregation. Here where I serve, I routinely preach sermons on the power of preaching and even have spent a couple of outings on how to listen to sermons. I encourage you to try it and see if it does not elevate a priority on preaching in the church you pastor.

The dignity of preaching was also a high mark for the Puritans. They were awed that God would even take broken men and use them to preach to sinners. The pulpit was the center of the worship service. It was an exalted place for the word of God. Because of their awe of this dignity of service, it caused these men to live their lives a notch higher in their service to God. Their lives became transcripts of their sermons which were lived out in holy and godly actions. We can learn much from this in our generation concerning their reverence.

Thomas Watson—Woe to the man who goes to hell with his soul loaded with sermons!

More tomorrow on the impact of Puritan preaching. . .

A Month with the Puritans: