The Puritans were serious about preaching! Because they believed in the primacy, or chief focus of their ministries, of preaching, it was powerful. They were much at odds with the preachers of the Church of England who were hand-picked by political means. Most of their preaching came from sermon books and was generally very dull in the presentation. On the other hand, the preaching of the Puritans was somewhat extemporaneous and when they preached it was literally like their souls were on fire. The sermons were enthusiastic and full of zeal because of their marked passion they had for God and for the holiness of God.

The Puritans were very hard on themselves when it came to their preaching. They wanted every message to make a difference and refused to fall to a mediocre presentation of the Scriptures. They were highly disciplined in their daily and personal interaction with Scripture.

When you look at their preaching by reading the collection of various sermons, you immediately come away with the understanding that their preaching had discriminating range in them. It clearly defined the difference between Christians and non-Christians. To the Christian, it would open up the Kingdom of Heaven, showed the forgiveness of sins, elements of eternal life, and what it meant to really serve the Lord. To the non-Christian, Puritan preaching would display that the door of Heaven was closed to them and the wrath of God with a coming judgment for those who were unbelieving, unrepentant, and unconverted.

Whenever this kind of preaching would take place, there would be progress made in the soul of the man who is longing to move forward in his relationship with God. Francis Wayland wrote in 1857 what this kind of powerful preaching did to those who heard it:

• The sinner felt the convicting power of the truth.
• The hearer was introduced to the various subterfuges that went along with this kind of preaching.
• The sinner was enlightened to the ways that his own soul would attempt to drive away the voice of truth.
• The sinner would be brought into a sense of despair when he found himself without a refuge to depend on outside of Jesus Christ.
• The saint would hear of the joys of the new birth and how it affected his mind and emotions.
• There was encouragement to be understood when it came to enduring trials of the soul.
• The saint was brought to a clear understanding about the necessity of sanctification and ways to move toward having a holiness that was pleasing to God.
• The saint had his mind opened to the devices of Satan that attempt to lead us into sin.
• He was instructed as to ways where he could resist the attacks of the adversary and accuser.
• The saint would be encouraged to know that there was a danger in backsliding, the evidences of it, and how to recover from it.

This kind of powerful preaching was always working toward a sense of progressive transformation. When preaching is reduced to a moral lecture, entertainment of the religious senses, deviation from the text to promote various warm and fuzzy emotional feelings, and seeking to give people what they may like to hear, then preaching fails. 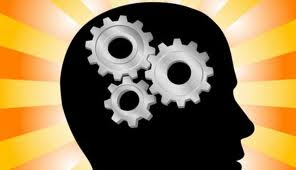 The power of preaching works with the mind. It always has an appeal to knowledge and reason. Sometimes Pentecostals scoff at the idea of knowledge and logic in preaching. However when you look at the account in Acts, there is a discovery of the school of Tyrannus and there was much knowledge and logic in that atmosphere as Paul sought to convert the hearers. Furthermore, his conflict with the Gnostics and Judaizers brought a logical attack that required the mind to interact with the Gospel.

Our preaching needs not to be separated from reason, logic, and thinking because to do so divorces us from the very tone and order that Scripture is given to us. God has spoken to us and it is through His written Word, not from nebulous “words” or “prophecies” that have the generalizations of the daily horoscope found in the newspaper. If it the “word” is not bound by Scripture it is wrong, no matter who may have spoken it. Be careful, little ears, what you hear for ignorance is the mother of heresy.

To do this means that there will have to be a depth to your life. William Still, in a little book entitled, The Work of the Pastor, had this to say concerning the depth and breadth of one’s ministry: 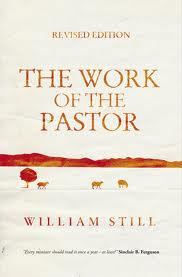 Some of the hardest nuts to crack in the Christian world are those who have been so busy evangelizing that they have never allowed the Word to be turned upon them, and who therefore regard the Bible as a mere book of Gospel texts to hurl at others, or at least to bait them with. The sad decline in the quality of Christian life and witness in our country (United Kingdom) is largely due to the fact that the evangelical church has for several generations been a huge nursery, not only of infant babes but, much worse, grown-up babes…If our use and direction of the power and gifts of the Spirit tend in practice towards a short-sighted tactic rather than to long-term strategy, then we shall precipitate a problem that we may not have the means to solve. As a result the whole school of Christ will become one vast kindergarten, overflowing the classrooms. Nor will there be any teachers for them, because all the should-be teachers are out driving more and more infants to school. And when the teacher is away, the children play! Here then we have a school overrun, almost infested with infants, and all the monitors, guardians and teachers are out looking for more!…It is doubtless, a fine thing to be evangelistic: who is not, who deals faithfully with the Word? But it is one thing to gain converts, another to produce evangelists, missionaries, ministers—not to speak of powerful witnesses for Christ in innumerable lay fields. The church’s task is not only to gain converts, but so to build them up that they are ‘thrustable out.’

One has to work with the Scriptures if they are to make a difference in preaching!

The power of preaching works with the conscience. The conscience will certainly be confronted by preaching that is specific. The Puritans would name the sin and then ask questions to create a sense of guilt on their hearers. The only real way to turn a conscience toward God is through the presentation of truth which stimulates guilt in the mind of the hearer. It does not matter that modern-day advice is working desperately to rid people of their guilt and so-called hang-ups, God wants to use it in an effective way to convert men. 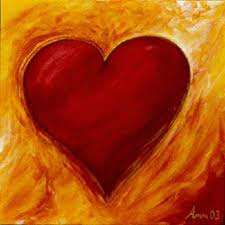 The power of preaching works with the heart. Despite the fact that the Puritans used preaching to confront and convert, there was also an affectionate and optimistic tone that came from their work. All great preaching will touch the heart and pull men toward the Lord. To experience the Lord with the heart, the Puritans worked toward savoring the Lord and delighting in Him (Job 34:9; Psalm 34:7; Isaiah 58:14). The work of the heart is moving the hearer toward an appetite of tasting and digesting God’s truth. Jeremiah found the words and ate them (Jer. 15:16). The conscience will never be fully appeased until the truth of God settles down deeply into the soul of a man.

This powerful preaching of the Puritans was rooted in their desire to compel men to serve the Lord no matter what state of life they were in at the moment. They would resort to personal pleading in their preaching which elicited a response from those who heard them. My concern with our generation is that we have become so desensitized to the pleading that comes with preaching. That desensitization has caused many preachers to remove that pleading tone from the message. Yet true conversion will never take place until the mind, conscience, and heart has been engaged pressing for a response.

Again to reiterate from the previous post, this kind of preaching has a price on it. It requires earnest, heart-felt prayer. Sincerity of the preacher’s soul will have a great bearing on how the message is preached. This earnestness will in itself bring about a solemn warning to all that hear him.

A Month With the Puritans

None said…
Keep these posts on the Puritans coming. I enjoy their works and I'm slowly integrating their works to my bookshelves.
12:06 PM