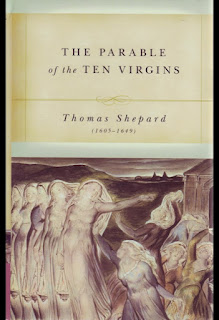 In the last blog post, I introduced you to Thomas Shepard, one of the Puritans who left England and came to the Boston area in 1635. He would settle in to pastor in a place called Newtown which would later become Cambridge, the home of Harvard University. Shepard played an important role in the beginning of the college and has been named by some as its founder. Actually it was the work of Shepard and his friend John Harvard who established the school. It was initially created to serve as a Bible college and seminary for training young ministers in the early days of the United States.

In Cambridge, Shepard developed a reputation as that of being an evangelistic preacher who always worked to bring people to an understanding of God. He was a passionate and emotional preacher which was apparently common among the Puritan preachers. During that period of time, Shepard was concerned about the lagging spiritual life that prevailed throughout the region. Some of this was due to the presence of a woman preacher named Anne Hutchinson. She was an avid promoter of something called antinomianism. Basically that word means against the law. What its adherents would try to do is preach a Gospel that did not call for any elements of lifestyle change, separation from the world, and viewing God as holy. So there were rampant so-called “liberties” that people who called themselves Christians would take during these times. In fact so bad was it that many of the antinomians claimed salvation but in reality still lived deep in sinful practice. It was popular among the uncommitted and unconverted and they were prone to listen to preachers such as Anne Hutchinson.

So disturbed was Thomas Shepard about it that from 1636 until 1640 he preached a series of sermons on the parable of the ten virgins from Matthew 25 in protest of this lifestyle. There are a total of forty-one sermons that came from these first thirteen verses of Matthew 25. In this series, he divided the church into two distinct groups: wise-hearted believers and foolish-hearted hypocrites. 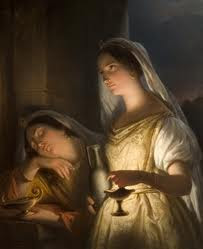 For those who were considered wise-hearted believers, Shepard said that the picture of marriage is a good analogy to describe the relationship that Christ has with the church. He brought four distinct points from this parable to show the connection.

• First, the joys of marriage illustrate how that Christ is calling for his bride to be in daily communion with him and not with the world.
• Second, the permanent nature of marriage assures true-hearted followers of the love of Christ.
• Third, since marriage demands exclusive devotion, any other suitors should be divorced as the only depth of love will be found in Jesus Christ.
• Fourth, the commitment of marriage shows that love has to be reciprocated on both sides for it to function and that the Lord demanded the same amount of devotion that he showed to be returned by the bride.
• Fifth, he noted the delay of the return of Christ only created a greater stirring and longing in the heart of the bride.

He also noted in this series of messages that the false-disciples could never find the devotion necessary for commitment because of their entrenched devotion to the world and their carefully hidden heart-sins. He expressed that they had fallen into a state of “carnal security” which was very dangerous. In their own human minds and reasoning, they had determined a salvation that did not really exist and when the Bridegroom came they would discover their loss of oil. During the time they slept in their false sense of security, the glory of their lamps had grown dim through their slothful neglect. 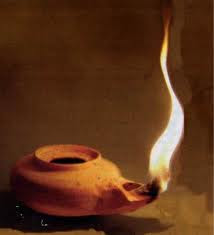 There is an excellent summary in The Puritan Papers, Volume 1—1956-1959 edited by J. I. Packer. The chapter on Thomas Shepard’s sermons was written by O. R. Johnston who summed it up in four points.

• We must recognize how real, constant, and universal is the danger of self-deception as to one’s spiritual state. It is a warning to all and self-examination is an ongoing need and duty.
• The gospel hypocrite’s fault is that God’s will, glory, and his own relationship with God never become his chief concern. In times of revival there may be a “stirring” of sorts but it does not have the true power of conversion in it. Gospel hypocrites are swept along with the fervor and emotion to the degree that they think all is well with their soul.
• The safe rule of understanding the true condition of the heart is to take the tests of 1 John which in themselves point out the evidence of true faith.
• We must preserve the balance of scriptural truth in teaching this subject because it can have a negative effect on the sincere and true believer.

The impact of these messages would continue because about four years after his death they were released in a printed form. What is evident as you read the book, you will find that the work is simply an expansion of his pulpit notes which at times has an uneven style, lack of balance in some sections, repetitious repeats in some sections, and others that are extremely condensed and should have been expanded on. But to the man who wants to take a shot at them, he will find many nuggets of gold lying about among the pages.

Almost a hundred years after the sermons were published, Jonathon Edwards began to be concerned about the spiritual lackadaisical approach that many had. He picked up the sermons and started to work through them and the outflow was his own series of sermons that morphed into a book. The book was called A Discourse on Religious Affections which would stand as a landmark book to this present day. Its primary thesis is a call for a stirring for personal revival and a plea for holiness and prayer. It would be this kind of heart-felt preaching that led to the Second Great Awakening.

Jonathon Edwards was not the only man who was influenced by Shepard’s work. Other men read the book at various times and they also developed their own writings and sermons from Shepard’s works. Samuel Loveday wrote An Alarm to Slumbering Christians (or the parable of the wise and foolish virgins). Benjamin Stonham, in 1676, wrote The Parable of the Ten Virgins Opened. Thomas Manton wrote a number of sermons on Matthew 25:1-13 that was published in 1684. The evangelist George Whitfield noted in his memoirs that he frequently preached from the text to the great benefit of those who heard him.

You will find a great wealth of provocative lessons if you can find the time to read Shepard’s The Parable of Ten Virgins.