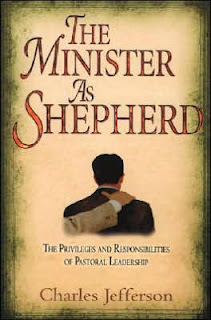 Charles Jefferson -- Without pastoral work the minister himself cannot be saved. If salvation is health, and health is the kind of life we find in Jesus of Nazareth, then how can a minister be in sound health who lacks the shepherd heart, and how can he have peace and joy if he shirks the shepherd’s responsibilities and runs away from the shepherd’s crosses? (The Minister as Shepherd—The Privileges and Responsibilities of Pastoral Leadership, Charles Jefferson, pp. 29-20)

This single sentence and question so arrested my attention several months ago and I have not been able to get away from the thought. This is a reprint of some lectures that Jefferson gave in 1912 to a group of pastors. He never explains what he means by the “shepherd’s crosses” in the lectures, but his thoughts on the crosses that a shepherd bears has been on my mind for several months now.

What did he mean by that?
Does a shepherd have crosses that others do not have to bear?
Are the crosses of a shepherd heavier than that of others? How closely do the responsibilities of the physical shepherd mirror that of the work of a pastor?

All of these questions begin to lead me down a path of thinking that has been rich in imagery but it has also been frightening in understanding the depth of responsibility that a pastor has as an obligation to the church which he serves. 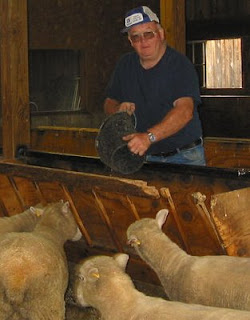 A shepherd in the physical sense has a number of responsibilities that he must continue to work over and over in a very routine sense of faithfulness. Be very clear about one thing, the devil (yes there is one) is very intent on lulling the shepherd into a state of boredom about his responsibilities. He can make the shepherd think that it is enough to keep the lights on and the doors open and never do anything more rigorous than that. However the shepherd is responsible for the health of the flock, the housing of the flock, the feeding of the flock, and the reproduction of the flock. All of these responsibilities can be found Scripture (Psalm 78:52-53; Jeremiah 33:12; John 10:1-16; Matthew 25:32; Genesis 29:2-10; Numbers 32:16; 2 Chronicles 26:10) and it is important that they be understood in the process of raising sheep.

Sheep have two primary enemies: internal parasites and predators. One of the crosses a shepherd has to bear is the continual treating of these internal parasites. They can be controlled with two different practices. He first of all must treat them with a medicine that mirrors the work of antibiotics. Secondly he must rotate the pasture that they feed in. Uncontrolled parasites can lead to infestation in a flock and will have a ruining effect on the health of the young lambs and occasionally on the adults. Not only does it lead to a constant sickness but it has the capacity to be fatal.

The primary problem that these parasites create is the inability of a sheep to absorb the food that they ingest. A shepherd who is willing to confront these internal parasites with a measured (and holy) response is going to find the health of the flock returning. There are many parasites that can take advantage of the flock and if the shepherd is not careful when he begins to deal with them because they are spiritual in nature, he can find himself succumbing to the effects of these spiritual “parasites.”

A lack of faith that is dependent only on past victories. Every flock needs to have some recent victories that they can look to and clearly see what God is doing in their midst. Victories that were enjoyed 10-15 years ago are not going to suffice for a flock. One cannot coast on his past! There is a faith that can be inspired by that shepherd if he will give himself to the ministry of encouragement.
Another parasite that has to be combated far too often is that of gossip. More often than not gossip can lead to a deadly disunity that will affect the entire church. What does the Bible encourage us to do about those who are gossips? Give them some pretty strong treatment! Avoid them (Proverbs 16:28; 20:19; 1 Corinthians 12:20-21). Gossip has a tendency to put a flocking instinct into the sheep and they will group up and digest some of the more vile pasturage around. The worst part of gossip is that is often untrue feeding off of half-truths leading to discord among the flock. A fighting flock will always be restless, will lose weight, and will not reproduce. 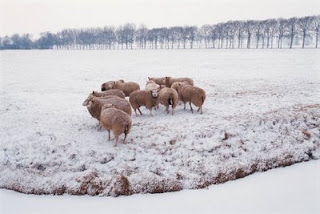 The parasite of a hard heart has to be contended with. A hard heart never responds to the good seed of the Word. The seed that is scattered by the hardened wayside will be scooped up by the birds before it ever gets a chance (Matthew 13:4; 13:19). The shepherd has to spend much time praying for those who are hard of heart. He also must be careful that his own heart does not become hardened by a jaded cynicism at the results.

Other parasites that the shepherd has to contend with are bitterness, jealousy, vengeance, busyness, and discouragement that will pull the life out of the sheep. He will have to contend with a gluttony that is ever full but always empty. He will have to bear those who are fearful and depressed which leads to spiritual weakness and anemia. All of these parasites are evident in every flock and they must be handily dealt with or much damage will be at hand.

One of the things a shepherd needs to remember is that maturity in a sheep reduces his liability for a parasite to harm him. This is encouraging for every shepherd who realizes that the longer one continues on in their spiritual walk in Spirit and Truth the more spiritual maturity can be acclimated in their lives. This should create a desire for a shepherd to be diligent in his faithfulness to his calling.
Another thing that is helpful for the shepherd to understand is that there is a “safe pasture” which is low on infection. He can allow his flock to grow in these types of pasture. They are conducive to both spiritual growth and numerical growth and have an atmosphere of faith and revival. For those who are concerned with what is occurring on the national landscape within the apostolic ranks, the best thing that can happen to affect the national level is for the local “pastures” to take the necessary measures to turn their attention toward creating “safe” pastures with increasing emphasis on doctrine, separation from the world, and revival preaching and worship.

Just as there is a “safe” pasture concept there is also a “dangerous” pasture. “Dangerous” pastures cater to diseases and demises of flocks. As for rotating the pasture for the flock, this is a must. A very careful shepherd will maintain steady vigilance over those with whom he allows to preach to and interact with his flock. The other aspect of rotating the pasture has to do with the content of that shepherd’s ministry of the Word. While I shall not belabor the point on expository preaching, I will encourage every shepherd to invest himself in this very productive effort so that the health of the flock is maintained.

I shall work with another aspect of the shepherd’s crosses in another post.

Thanks for stopping by and reading. . . .