The Challenges to Preaching the Word

- March 25, 2009
How many times have you heard the statement: “Don’t preach to me!”? How many times have you heard someone prior to giving some sort of instruction say, “I don’t mean to preach to you!”? Our generation at large has a low regard for preaching. Righteous instruction is often looked upon with disdain as “controlling” and “manipulative.”

I recently ran across a conference message by D. A. Carson concerning this challenge of preaching the Word in our generation. While I do not find complete agreement with all Carson considers, he had some very worthy points to mention in his address. I took his list and then expanded on some of the points. 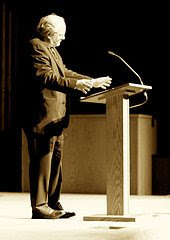 Decline of spiritual life and activity in the churches is commonly accompanied by lifeless, formal unfruitful preaching. . . the great revivals of Christian history can be directly traced to the work of the pulpit and in their progress they have rendered and developed a high order of preaching. . . . preaching can stimulate revival under God and benefit from it. Want of biblical preaching is an announcement of death and is also killed by lifelessness. Edwin Charles Dargan--A History of Preaching

Carson listed the following reasons that the Word is difficult to preach in our times.

The loss and vitality of spiritual life in the Western church. We will not find very many anointed preachers in the Western hemisphere if they are not given to prayer. We will not find a great supernatural anointing to accompany a preacher who struggles with lust. Before you quickly define lust as something immoral, the category of lust encompasses so much more and is basically a mad desire for things and “stuff.”

A mad rush toward secularism. Secularism basically is a fit-all term that holds that church and state, politics and life should be completely separate. Compartmentalize your life and keep your devotion to God a secret so that it does not affect anything that you do. Therein could be an explanation of all the corporate collapses we have recently experienced and other legal violations in the banking industry. Secularism works very actively to squeeze religious life into the periphery so that it does not “offend” someone who does not necessarily hold a biblical worldview. The stakes are high when the Bible does not have a centerpiece in our life. Rampant immorality, escalating divorce rates, children born out of wedlock, widespread dishonesty, and this is just a short list.

A loss of confidence in the authority of the Bible. Scholars and seminary professors are continually working to break down the authority of the Word. Hence there is a widespread dependence on counseling and other methods to “help” folks get out of their dilemmas. Whatever happened to God? Whatever happened to following the commands of Romans 6? Whatever happened forsaking the world that one came out of? Scripture still has the ability to grant direction in life but as Paul said in Ephesians 4:17-29 (a mirror passage is found in Colossians 3:5-17) there will be some things to “put off” and “put on.” Behavior modification is not spiritual transformation. The only way that spiritual transformation is helped is from a deep confidence in understanding the Bible as God’s Word. 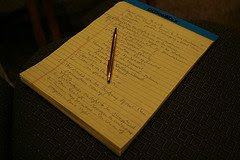 Preaching has declined. Honestly consider the kinds of messages heard today with those heard even 20 years ago. The focus today has become ‘Atta-boy, you can make it!’ or ‘God’s gonna bless you!’ or some life-application sort of thing that will help deal with (you fill in the blank). In years past, the message was thoroughly biblical in its scope and we are missing that now. I realize that when I blog things of this nature that some perhaps would have a tendency to think that I have a sour-grapes syndrome. However, more than anything I am pleading for preachers of all ilk to return to their knees in prayer, their Bibles for deep devotion, and their books for rich study. Then dig out fresh manna for starving congregations. There are some good models of solid biblical preaching out there. . . Find them and devote yourself to the exposition of Scripture.

There are two gods the Word is contending with in our times; pluralism and relativism. Pluralism basically tells us that all roads will get you to the Happy Hunting Ground. All religious persuasions are right and proper. Therefore Islam (or any other ideal) and Christianity co-exist for the same reason and that is to save man. Relativism decries anything that attempts to say that there is no absolute truth. For these two reasons, one has to understand that the Emerging “church” is not a fad because it is far larger in its scope. Its ideals have literally engorged itself on the postmodern culture and are fitting God into its ideas instead of making its ideas fit God and His Word.

The role of the pastor has changed. Now he is expected to be a counselor, organizer, CEO, and group therapy leader instead of a preacher of the Word. A pastor’s primary calling is preaching and praying. While there are other obligations that he has to subscribe to, his foremost calling is that he will be given to prayer and ministry of the Word (Acts 6). The man who does not pray and study will find his preaching becoming flatter and increasingly like a stale loaf of bread. In Thom Rainer’s book Breakout Churches, the discovery about truly effective churches was that the pastor spent at least 20 hours a week in prayer and sermon preparation (p. 42). If a church is going to grow both spiritually and numerically it will be for the simple reason that the pastor spends time with God.

The rise of television and mass media has engendered an attitude toward entertainment and puffy professionalism. Very few men who preach week-in and week-out have the ability to compete with the glossiness of the talking heads that dominate the airwaves in our days. Furthermore it has reduced the attention span to such a degree that it is difficult to be able to speak to a group for 50 minutes and have them continue to stay with the message. This is the day that many will watch a three-hour football or baseball game and decry even a thirty-minute sermon and this proves where our priorities have degenerated to.

A broken culture. Everywhere one looks there is devastation around them. No church (if it has even 20 people attending) is immune from the troubles and dilemmas of life. Broken marriages, broken homes, broken vows, broken dreams, broken men and women, and broken children dot the landscape of every church because of the decline of our society. This dilemma can be disheartening because the preacher starts working toward the felt needs of people and this never allows God to be exalted in His sovereignty and providential workings. God no longer becomes central because all of these single issues marriage/divorce, family, job, stress, financial management, and others are allowed to dictate the landscape.

My desire for you is that you would shake off the press of culture and give yourself to preaching all the way through the Bible before you pass on. There is much nobility that can come from this sort of goal in the life of a preacher.

D.C. Lake said…
Bro Harrelson,
Another excellent blog post. I do want to ask where I can listen to that message by Dr. Carson. Thanks.
2:53 PM