What Do You Want To Be Remembered For?

- April 15, 2006
I spent all of the morning and on into the mid-afternoon today in small town . I had the occasion to attend a funeral of a man who is very distantly related to me by marriage. His name was William “Bill” Adkinson who lived in . He was born there and he died there. Because of his distant relation to me, I am uncertain if I ever recall having met him. I was more acquainted with his 92 year old father, one of his half-brothers who attends our church here in , and one of his brother-in-laws.

He had a fairly protracted struggle with a severe liver disorder which apparently had been related to his exposure to Agent Orange in . He was very active in his church, in his community, and with his family. He served as the captain for the Argyle Volunteer Fire Department and had spent the last 23 years involved in this venue. In addition to that, he was a butcher at one of the local meat markets. Because of his trade, he developed a county wide reputation as a man who could grill some of the finest steaks in . At his memorial service, it was revealed that he had cooked for practically every benefit in his little town of that was known. He cooked for schools, the Kiwanis, Argyle Volunteer Fire Department, and for numerous church fundraisers.

One of the ministers spoke of him and said that he was one of the best friends that any pastor could have. From the support at his funeral, it appears that this was very true about him. The eulogy given by the Fire Chief of Argyle was also very moving. I became aware as the service progressed that he was a godly man who tried his best to help anyone who needed his assistance. 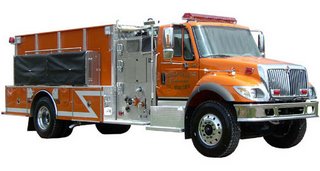 e was over. He was carried not to a hearse but rather to a fire-truck. Six firefighters, in full dress, carried him forty yards or so and then put him up onto the back of a pumper. This was escorted by nine fire trucks along with probably fifty or sixty firemen. While he was being placed in the truck, the sounds of the bagpipes could be heard.

The passing of this man was probably entirely unknown outside of his circle of friends and family but it has caused great thought to burden my mind most of the day. That burden took form of a question: What Do You Want To Be Remembered For? 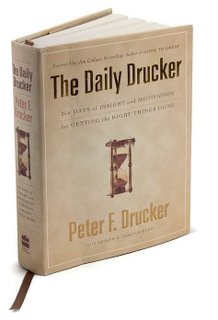 Life is full of choices and generally those choices that we make set the tone for our lives. Peter Drucker related in The Daily Drucker about how that when he was thirteen that he had a teacher to ask all of his classmates this question of what they wanted to be remembered for. At the time, none of these boys had any idea what they wanted to be remembered for. The teacher responded that this was exactly as he thought their answers would be. He then went on to say that if they did not know the answer to that question when they were fifty then they had wasted their lives.

This is not the first time that I have contemplated this thought. In fact, every time that I attend a funeral, I always walk away with the probing questions of what am I spending my life on and to what am I giving myself? What is the real reason for living? It has come to me more often than once that James, the long dead apostle, was right when he said that life is just a vapor and then it is gone. Only what we do for Christ will last. . .

When you finally decide on what you want to be remembered for, it creates inertia, it creates impetus for living, it adds vitality to your spirit, and if forces you to live above the bar of average. Far too many lives are wasted on the superficial. Superficial things like pursuing comfort, position in life, a place to lay your head, a place that has a lot of square feet, or other trivial pursuits. But in this huge question of how that you want to be remembered, if there is no room made for dreams, for vision, and for desire, you have incredibly wasted your life. Dreams and visions are not artificial opiates of the mind that causes us to live in a dreamy state of unreality but instead our dreams and visions are the very force that drives us. If there appears to be little force in a man’s life, then his dreams are either microscopic or they are dead. Men who change their world are men who are given and submitted to something so much larger than their own personal lives can contain. 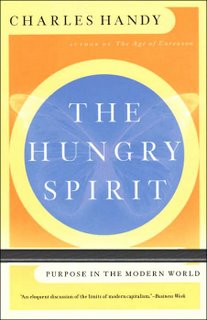 Charles Handy wrote a little book entitled, The Hungry Spirit, and in that book he reveals some his inner feelings about his own father. His father was a pastor of a little small country church in for 40 years. Handy writes that he had very little in the way of material things when he was growing up because of his father’s small stipend that come from serving this little country church. He said that because of growing up in this sort of atmosphere, he determined when he was eighteen, that he would never live under the bondage that the yoke of poverty put on him and his family. In addition to this strong resolution of not being poor or associating with the poor, he grimly determined that he would walk away from the church too for what he perceived had limited him in his younger life.

He went on to write that his father died after having lived a very long life. As he wrote about his father’s funeral he noticed that people literally came from everywhere to honor his father’s life. He writes that he was “staggered” by the sheer numbers of those who came give their last goodbye to their friend, his father. Sadly, he wrote that he had allowed this poverty of the material things to infect him with a much deeper poverty in his spirit. As he surveyed the deep emotions of the people, he discovered that his father had deeply impacted the lives of these folks. Handy wrote, “He had obviously gotten something right which I had been too obtuse to see. And, in the end, too late for him to know, he had affected my life too!”

Our generation has gotten so high tech that we are “high teching” ourselves right out of the crucial things of life. We are letting gadgets override our connection with those people who are closest to us. We are allowing the hustle and bustle of life to hurry us along the path and we are gasping from overloaded lives and empty hearts. Our times are spent and we are as Shakespeare said, living lives that are “full of sound and fury, signifying nothing.”

But today, and maybe just today, but I sort of doubt, Brother Bill, Mr. Bill, Uncle Bill, and a host of other names that Bill Adkinson was known by has forced me to again contemplate that huge, huge question of what am I really living for? What am I spending my life for? What is my soul being expended on?

What do I want to be remembered for?

jyonts2 said…
Awesome stuff.... I want to be remembered as a compassionate man of God, honorable husband and my kids dad.
1:38 PM