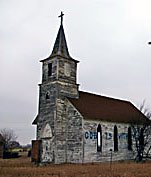 How To Make A Man of God

I found this quote on another site that I periodically go to. This was quoted in a sermon from John MacArthur entitled "How To Make A Man Of God." The quote is not original with JM and the source is unknown.

Fling him into his office. Tear the “Office” sign from the door and nail on the sign, “Study.” Take him off the mailing list. Lock him up with his books and his typewriter and his Bible. Slam him down on his knees before texts and broken hearts and the flock of lives of a superficial flock and a holy God. Force him to be the one man in our surfeited communities who knows about God.

Throw him into the ring to box with God until he learns how short his arms are. Engage him to wrestle with God all the night through. And let him come out only when he’s bruised and beaten into being a blessing.

Shut his mouth forever spouting remarks, and stop his tongue forever tripping lightly over every nonessential. Require him to have something to say before he dares break the silence.

Bend his knees in the lonesome valley. Burn his eyes with weary study. Wreck his emotional poise with worry for God. And make him exchange his pious stance for a humble walk with God and man. Make

him spend and be spent for the glory of God.

Rip out his telephone. Burn up his ecclesiastical success sheets. Put water in his gas tank. Give him a Bible and tie him to the pulpit. And make him preach the Word of the living God!

Test him. Quiz him. Examine him. Humiliate him for his ignorance of things divine. Shame him for his good comprehension of finances, batting averages, and political in-fighting. Laugh at his frustrated effort to play psychiatrist. Form a choir and raise a chant and haunt him with it night and day-”Sir, we would see Jesus.”

When at long last he dares assay the pulpit, ask him if he has a word from God. If he does not, then dismiss him. Tell him you can read the morning paper and digest the television commentaries, and think through the day’s superficial problems, and manage the community’s weary drives, and bless the sordid baked potatoes and green beans, ad infinitum, better than he can. Command him not to come back until he’s read and reread, written and rewritten, until he can stand up, worn and forlorn, and say, “Thus saith the Lord.”

Break him across the board of his ill-gotten popularity. Smack him hard with his own prestige. Corner him with questions about God. Cover him with demands for celestial wisdom. And give him no escape until he’s back against the wall of the Word. And sit down before him and listen to the only word he has left-God’s Word. Let him be totally ignorant of the down-street gossip, but give him a chapter and order him to walk around it, camp on it, sup with it, and come at last to speak it backward and forward, until all he says about it rings with the truth of eternity. 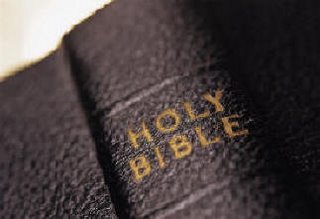 And when he’s burned out by the flaming Word, when he’s consumed at last by the fiery grace blazing through him, and when he’s privileged to translate the truth of God to man, finally transferred from earth to heaven, then bear him away gently and blow a muted trumpet and lay him down softly. Place a two-edged sword in his coffin, and raise the tomb triumphant. For he was a brave soldier of the Word. And ere he died, he had become a man of God.

skidroa said…
The views in this blog, are so very true, that we overlook the truth in them, I am so very glad that there are some pastors and preacher that support whole harted preaching and not just preaching, but whole harted liveing....