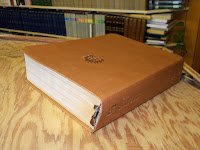 Several months ago, I reviewed some study Bibles (Holman, NIV, ESV, Dugan, Hebrew-Greek Keyword) that I found to be helpful for expositors.  The Bibles that I reviewed were primarily those that fell into a category of general readership and those that were commonly found at large in big box Christian bookstores.  There are several Bibles that I am going to write reviews of in the next few days that fall into a variety of subsets of Christian doctrines and views.  While some of these Bibles can be purchased in big box stores, there are a few that you may have to track down through on-line sources.


One of the areas that study Bibles have capitalized on in the last several years has been Bibles that appeal to the Reformed circles.  The ESV Study Bible, the MacArthur Study Bible, the Reformation Heritage Study Bible, and the Reformation Study Bible are examples of that.  What we must understand with honesty is that publishing houses are driven by the bottom line and whatever they can serve up to fill their coffers, they are not hesitant to do so.  That may explain why they have really keyed in on the resurgence of Calvinism in the last ten years.  It has become one of the fads of Christianity to hint at the fact that you are a Calvinist.  Obviously if you are apostolic in doctrine, you will be wholeheartedly opposed to the concepts of TULIP despite their somewhat recent awakening among nominal Christianity. 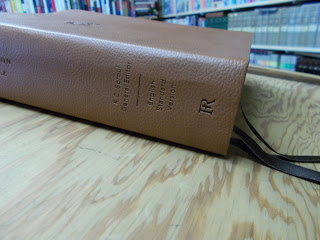 The Reformation Study Bible in the English Standard Version and New King James Version is published by Reformation Trust which is a division of Ligonier Ministries.  This is the publishing arm of R.C. Sproul’s ministry in central Florida.  R.C. Sproul is also the general editor of the RSB.  There was an earlier edition of this Bible in the ESV back in 2005 prior to the ESV Study Bible.  When the ESV Study Bible stormed the market with its huge resources in footnotes, supplementary articles, book introduction segments, and doctrinal inserts, the RSB sort of became second thought to those enamored with the ESV Study Bible.  So as a response, Sproul gathered a team of Reformed heavy-weights and went back to work and have developed an incredible resource for expositors.  Again, to reiterate, I am NOT a Calvinist but I do enjoy the various kinds of study Bibles, I picked one up and have benefited from reading it.  It comes in at a little over 2500 pages and is a strong rival to the more diverse ESV Study Bible as far as theology and doctrine.

I have the leather-like tan edition.  It has a very unique symbol of the burning bush on the front cover and the spine of the Bible.  The symbol is representative of the sufferings of the Reformers in the 16th century and forward.  It was a church that was burning with persecution but it was not consumed.  Most historians believe that it was first used by the Huguenots who adopted this sign that they would not be burned to ashes.  A positive matter about the study Bibles that come from the Reformed circles is the emphasis that they place on the English Bible having been brought to us by much pain and persecution.  It was when I started reading in some of these study Bibles that I became familiar with the work of John Wycliffe, William Tyndale, and Thomas Rogers.  They all paid a great price to bring English translations to the world and I found that my respect for these men grew in great bounds.  If you are a reader, you would do yourself a favor by reading some of the biographies of these men and their work. 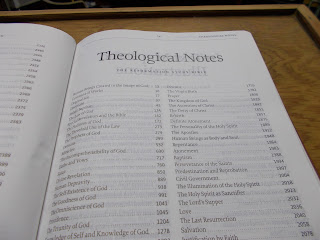 The RSB has a general table of contents with the books of the Bible.  However, after that is where you see the strength of their work.  They have a variety of topical articles—apologetics, canonicity, hermeneutics, inerrancy, preaching in the Reformation, and worship—to name a few.  This is followed by almost 100 pages of the creeds, confessions, and catechisms—Apostles’ Creed, Nicene Creed, Canons of Dort, and several others.  Obviously, another point that I have at odds with the Reformed circles is their emphasis on the creeds and confessions but as I have pondered some of these, I have wondered if the Pentecostals have short-changed themselves by not developing a strong systematic theology and a body of doctrine that points to what we believe.  That is one of many areas that our critics often will key in on—an absence of a systematic and historical theology that demonstrates our value of Scripture.

The TOC section is followed by a listing of “Theological Notes” that are scattered all throughout the RSB.  There are almost eighty smaller length articles that are contained in this study Bible.  It covers a host of matters including—Original Sin, The Holiness of God, Free Will, Hell, Repentance, and Heaven.  They are easily located throughout the RSB because they are contained in shaded gray boxes.  The font size is a bit small around an 8 point or so but has valuable insight from the Reformed position.

Each book of the Bible has excellent introductions where there is absolutely no equivocation as to the inerrancy and authority of Scripture.  The introductions will have the following areas that are covered:  Title, Author, Date and Occasion, Genre, Literary Features, Characteristics and Primary Themes, Theology of that particular book, the book in the Larger Story of the Bible, Christ in that book, History of Interpretation, and Special Issues.  As an example, the characteristics and primary themes of Leviticus are said to be:  1. The Divine Presence, 2. Holiness, and 3. Atonement through Sacrifice.  After the book introductions, there follows a fairly concise outline of the book.  Admittedly there are other study Bibles that I thought gave better outlines but this is not a reason to forgo having this study Bible.  For that matter, there is one other drawback about this Bible as well.  The in-text maps are in black and white and the font size of the maps looks to be around a 4-5 point which is incredibly difficult to see without aid.  That is where the ESV Study Bible edges out the RSB.

In conclusion, I have found the RSB to be a helpful tool for me in the preparation of expository messages and Bible studies although I certainly would not recommend this Bible to a new-convert or someone who is not spiritually mature.  One other matter that is worth mentioning, the purchaser receives a registration number that will add around $400 of supplemental material that comes in the form of eBooks for Kindle and other online resources. 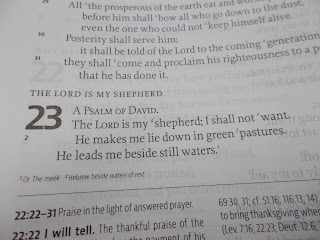 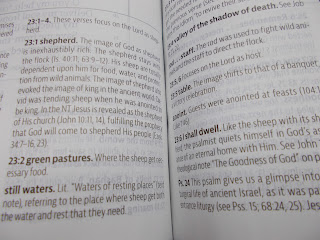 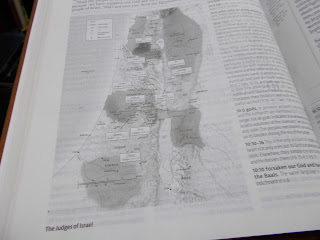 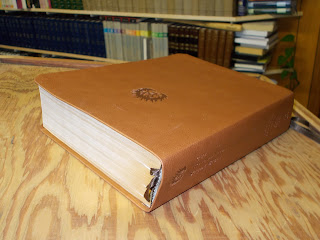