The next portion of Thomas Watson’s material that I would like to encourage you to read is a book that is almost the same length as The Mischief of Sin. It is a book called, The Godly Man’s Portrait. The initial title was Drawn with a Scripture Pencil or Some Characteristic Marks of a Man who is Going to Heaven. It was first published in 1666.

Watson takes his stimulus from Psalm 32:6, ‘For this shall every one that is godly pray unto thee.’ As before I want to provide you some of the quotes from the preface which he begins, “To the Reader, Christian Reader. . .”

The soul being so precious and salvation so glorious, it is the highest point of prudence to make preparations for another world.


What a rare thing godliness is! It is not airy and puffed up, but solid, and such as will take up the heart and spirits. Godliness consists in an exact harmony between the holy principles and practices.

Christian, aspire after piety; it is a lawful ambition. Look at the saints’ characteristics here, and never leave them off till you have got them stamped upon your own soul. This is the grand business that should swallow up your time and thoughts. Other speculations and quaint notions are nothing to the soul. They are like wafers which have fine works printed upon them, and are curiously damasked (brightly decorated) to the eye, but are thin, and yield little nourishment.

He then picks up with an introduction of the phrase from Psalm 32:6. . . For this shall every one that is godly pray unto thee. . . This is the portion that Watson will then draw from to illustrate the godly man’s picture.

Godliness is the sacred impression and workmanship of God in a man, whereby from being carnal he is made spiritual. When godliness is wrought in a person, he does not receive a new soul, but he has another spirit (Numbers 14:24). The faculties are not new but the qualities are; the strings are the same but the tune is corrected. 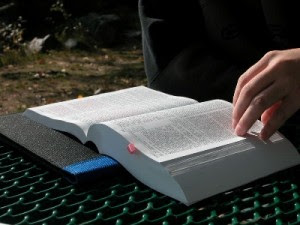 1. It is a real thing—It has truth as its foundation.
2. It is an intrinsic thing—Godliness is a holy sap which is rooted in the soul.
3. It is a supernatural thing—A man has no more power to change himself than to create himself.
4. It is an extensive thing—It is a sacred leaven that spreads itself through the soul of the man.
5. It is an intense thing—It can never lie in dead formality and indifference but it is vigorous and flaming.
6. It is a glorious thing—It is a partaker of the divine nature.
7. It is a permanent thing—When godliness has taken root in the soul, it abides to eternity.

A Reproof To Those Who Are Pretenders of Godliness: 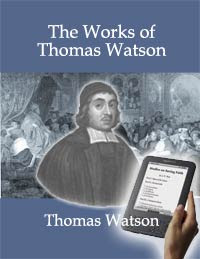 Watson also takes another chapter called “An Exhortation to Godliness,” and he covers the following points:

• Let men seriously weigh their misery while they remain in a state of ungodliness.
• What rare persons the godly are.
• To strive for godliness is most rational.
• The excellence of godliness.
• There are only a few godly.
• Consider how vain and contemptible other things are about which persons void of godliness busy themselves.

A humble soul has a low esteem of his duties. Pride is apt to breed in our holy things as the worm breeds in the sweetest fruit and froth comes from the most generous wine. . . He sees his best duties weigh many grains too light; therefore he desires that Christ’s merits may be put into the scales. The humble man blushes when he looks at his copy. He sees he cannot even write evenly, nor without blotting.

A Christian is better after prayer. He has gained more strength over sin, as a man by exercise gets strength. The heart after prayer keeps a tincture of holiness, as the vessel favors and relishes the wine that is put into it. Having been with God on the mount, Moses’ face shone. So, having been on the mount of prayer, our graces shine and our lives shine. This is the sign of the godly man—he prays in the Spirit.

The test of a pilot is seen in the storm; so the test of a Christian is seen in affliction. That man has the right art of navigation who, when the boisterous winds blow from heaven, steers the ship of his soul wisely, and does not dash upon the rock of impatience.