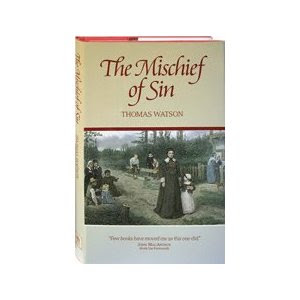 I am continuing from yesterday’s post about Thomas Watson and will for the rest of the week introduce you to his writings. After stumbling across the book by Jack Hughes Expository Preaching with Word Pictures, I purchased Watson’s The Mischief of Sin. Never had I read a book that exposed sin in such a way as this one did.

The key to the Puritans discipline and insight was that they were some of the very first men to have copies of English translations of the Scriptures. So when they got their hands on the Bible they would intensely study, memorize, and meditate over what they had read. Furthermore they were men whose lives were marked by much intense and emotional praying. You will discover the disciplines of their prayer as you read through their various journals and writings. They had a passionate heart for God and were willing to set aside the necessary time to pray. This is one of the weaknesses our generation constantly has to contend with. Prayer is routinely preached about, talked about, and read about but lacks in the area of simply developing the discipline that will be required by all who aspire to pray. So when you mix this fuel of prayer with the tinder of the Word, a depth will be created because of the fusion of spiritual activity.

First I want to give you some very thought provoking quotes from The Mischief of Sin. 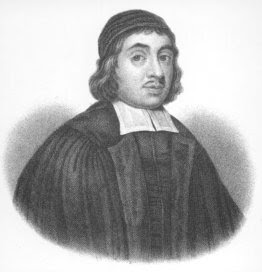 From “The Epistle to the Reader” (Preface):

Men’s lust grown fierce and insatiable and, like imps, lie sucking them.
Sin is such a trade that whoever follows is sure to break. What did Achan get by his wedge of gold? It was a wedge to cleave asunder his soul from God. What did Judas get by his treason? He purchased a halter. What did King Ahaz get by worshiping the gods of Damascus? They were the ruin of him and all Israel, 2 Chronicles 28:23. Sin is first comical and then tragical.

From Chapter 1, “It Brings a Person Low”:

Sin lays men low in the grave and in hell too, without repentance. Sin is the Achan that troubles. It is the gall in our cup and gravel in our bread, Proverbs 20:17. . . . Sin is a coal that not only blackens but burns. Sin runs men into briars. Sin conjures up all the winds. All the crosses which befall us, all the storms in the conscience, sin raises them. Never let anyone think to rise by sin, for the text says it brings him low. 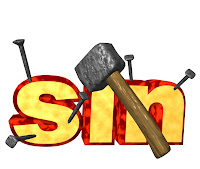 Sin first tempts and then damns. It is first a fox and then a lion. Sin does to a man as Jael did to Sisera. She gave him milk and then brought him low. Sin first brings us pleasures which delight and charm the senses, and then comes with its nail and hammer. Sin does to a sinner s Absalom did to Amnon. When his heart was merry with wine, then he killed him, 2 Samuel 13:28. Sin’s last act is always tragic.

Sins against illumination and conviction make deep wounds in the soul. Other sins fetch blood; these are a stab in the heart. Every little hole in the roof lets in rain, but a crack in the foundation endangers the fall of the house. Every sin of weakness is prejudicial, but sins against illumination crack the conscience and threaten the ruin of the soul. To sin in this matter makes sin the heavier and hell the hotter.

Watson follows the similar role that most of the other Puritans seemed to gravitate toward. They would form what they determined as a doctrine and then they would use various ways to illustrate their doctrine. Each point would be followed by Scriptural cross-references or documentation. This would be followed by some practical applications that they called “uses.”

Watson then progresses to the heading, “Consider the Plurality of Hell Torments”:

From there he goes to “The Severity of Hell Torments”:

Next Watson sets forth the following reasons as to “Why Sin Must Bring a Man Low”:

Another quote: God’s curse drops poison into everything. It is a moth in the wardrobe, a plague among cattle, and rot among the sheep. If the flying roll of curses enters into a man’s house, it consumes the timber and the walls of it, Zechariah 5:4. When Christ cursed the fig tree, it immediately withered, Matthew 21:19. Men’s curses are insignificant—they shoot themselves without bullets.

Watson then goes to three “branches” that serve as an application for the Scriptural teaching that he has already brought out. Next he names the sins that have brought the city and the nation low.

This entire little book (162 pages) is filled with material like this. I have a feeling that is why that many have shied away from reading the Puritans.

• The Desperateness of Sinners
• An Alarm to Sinners
• Hell’s Furnace Heated Hotter
• Appendix: Contains a message called “The Mystery of the Lord’s Supper.”

This whole treatise of Watson on sin is worth your time and energy. To read it in a devotional manner will spark all sorts of material to preach. Don’t be concerned that the Puritans are not relevant for our times. I have a thought that this book is a direct response to the new one that Rob Bell has just written which is universalism in its lowest common form.